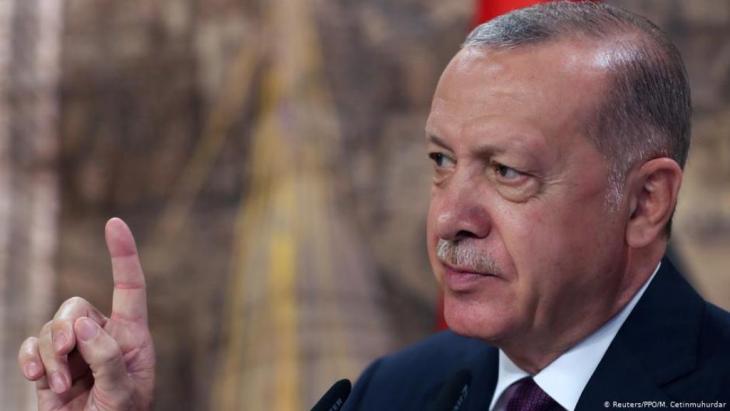 The Turkish government is hoping to split the opposition and put off voters by cracking down on pro-Kurdish politicians. But critics say the strategy won't work this time. By Daniel Derya Bellut and Hilal Koylu

The pro-Kurdish Peoples' Democratic Party (HDP) has played a deciding role in a number of recent elections. In the local elections of March 2019, it lived up to its kingmaker reputation by using a tactic that led to major losses for President Recep Tayyip Erdogan and his ruling Justice and Development Party (AKP) across the country. The HDP had not put up its own candidates in a number of cities but had instead called on its voters to give the opposition Republican People's Party (CHP) their support. It worked, and the CHP won several municipalities that it would never have won otherwise.

But this tactic has somewhat backfired against the HDP. In the past week alone, 17 HDP politicians have been arrested in another major crackdown. The Chief Public Prosecutor's Office in Ankara cited the 2014 conflicts in and around Kobani in northern Syria as justification for the arrests.

When Kobani was besieged by Islamic State (IS), a number of Kurdish groups – including the HDP – called for protests and demanded that the Turkish government act more consistently against IS. In several towns in southern Anatolia, there were outbreaks of violence and dozens were killed. Now, state prosecutors are saying that the arrests are in response to "the murders, attempted murders and plundering."

Political and legal experts have rejected these arguments, saying that the arrests were simply another way of removing unpopular opponents. "What proof suddenly turned up overnight so that 82 people could be arrested?" questioned Figen Calikusu, a lawyer from the CHP. 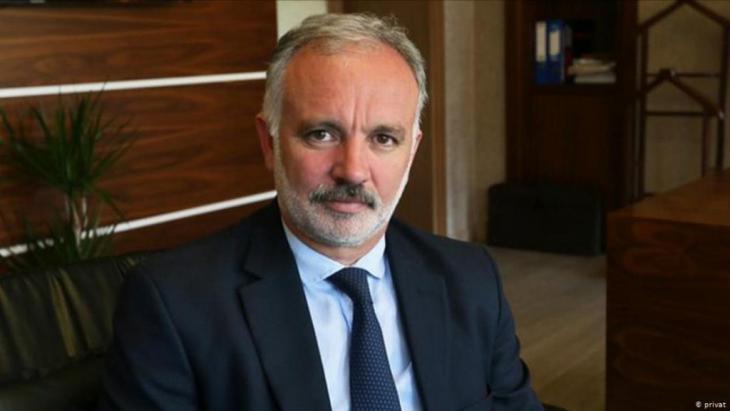 Ayhan Bilgen, former mayor of the city of Kars, was one of the HDP politicians arrested last week. Bilgen had run for the pro-Kurdish HDP in the 2019 local elections and won

In addition to the 17 HDP politicians, numerous other persons have also been arrested in recent months. The opposition politician criticises that these arrests were "not carried out within the framework of the standard investigation and prosecution procedures." Political scientist Burak Bilgehan Oezpek agreed: "It seems that the Kobani incidents are being used as an instrument to torpedo the political positions of the Kurdish movement, the HDP and their allies."

Since the ruling party's election losses in March 2019, the Turkish government has continuously increased the pressure on the pro-Kurdish HDP. The mayors of most of the 65 municipalities that the party won have been removed and replaced by state-appointed officials. Now, the HDP only controls six small municipalities. Many sacked officials have been in detention for months, accused of being linked to the terrorist PKK. The party's joint leaders, Selahattin Demirtas and Figen Yueksekdag, have been in jail since 2016 despite a lack of evidence.

Baskin Oran, a political scientist at the University of Ankara, argues that the wave of arrests is an attempt to divide the opposition. "The regime has decided to unearth some old cases to sabotage all unity." 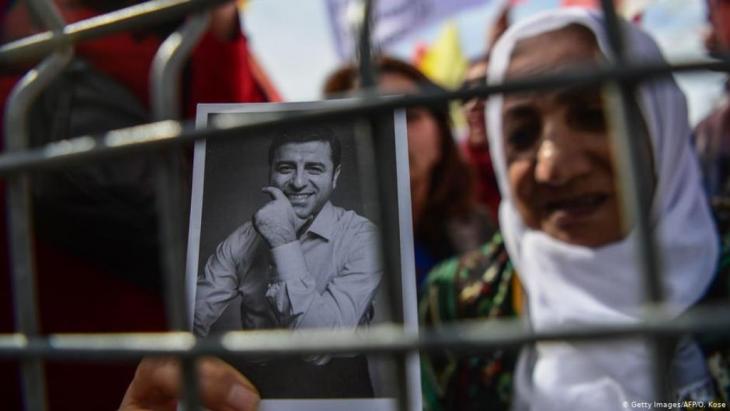 Detained for four years: in September 2019, a Turkish court ordered the release of the ex-HDP leader. But Demirtas was not released, because in 2018 he was sentenced to four years and eight months for "terror propaganda" in another controversial trial. Erdogan accuses the HDP of being the political arm of the Kurdistan Workers' Party (PKK), which for decades has been fighting violently, especially in southeastern Turkey, for the rights of the Kurds and against the Turkish state

Whereas in the past, Turkey's opposition was split along ideological lines, it has joined forces against Erdogan's government and this was particularly clear last year during the local elections. Islamists, nationalists, social democrats and left-wing liberals united against the "common enemy" for the first time. A united opposition poses the greatest challenge to Erdogan's power, along with the global economic crisis.

The government's strategy, according to a number of experts, is to put off voters. The opposition bloc includes the ultranationalist Good Party (IYI) and the republican CHP. Supporters of both parties could be unwilling to get behind policies which were perceived to be too pro-Kurdish and would not support any co-operation with the HDP, were it to be branded "terrorist" by the government.

"Slap in the face from democracy"

So far, the strategy does not seem to be working. CHP leader Kemal Kilicdaroglu showed his solidarity for the HDP this week, criticising the wave of arrests and also highlighting the good co-operation with the IYI. "Nobody can destroy our alliance," he said in a speech to parliament. "We will always have a good relationship."

He also showed belligerent optimism about winning the presidential elections, which are due in 2023 but could be brought forward. "The ballot boxes will determine the outcome of this game in our favour," he said, adding that – like in the local elections – the government would receive "a slap in the face from democracy."

"Next time, we'll be showing them the door!"

Relations between Turkey and Russia are ambivalent. Moscow is nonetheless trying to prop up the leadership in Ankara. Elections are to be held in Turkey in June – and the last ... END_OF_DOCUMENT_TOKEN_TO_BE_REPLACED

All eyes in Turkey are on a court hearing scheduled for January 30 into a child abuse case that allegedly occurred with the knowledge of one of Istanbul's most powerful Islamic ... END_OF_DOCUMENT_TOKEN_TO_BE_REPLACED

Any reconciliation between Turkey and Syria’s Assad regime would have disastrous consequences for many Syrians, explains Syria expert Kristin Helberg END_OF_DOCUMENT_TOKEN_TO_BE_REPLACED

The poetry of Pir Sultan once prompted uprisings in the Ottoman Empire. To this day, Alevis identify with him. Rainer Hermann visited Mehmet Celebi, a direct descendant of the ... END_OF_DOCUMENT_TOKEN_TO_BE_REPLACED

There are signs of an imminent normalisation of relations between Turkey and Syria. This would allow Erdogan to score political points domestically before the upcoming elections ... END_OF_DOCUMENT_TOKEN_TO_BE_REPLACED

Turkey will mark the centenary of the proclamation of the Turkish republic in October. But 2023 will be an important year in another respect too: Turks will go to the polls in ... END_OF_DOCUMENT_TOKEN_TO_BE_REPLACED
Author:
Daniel Derya Bellut & Hilal Köylü
Date:
Mail:
Send via mail

END_OF_DOCUMENT_TOKEN_TO_BE_REPLACED
Social media
and networks
Subscribe to our
newsletter