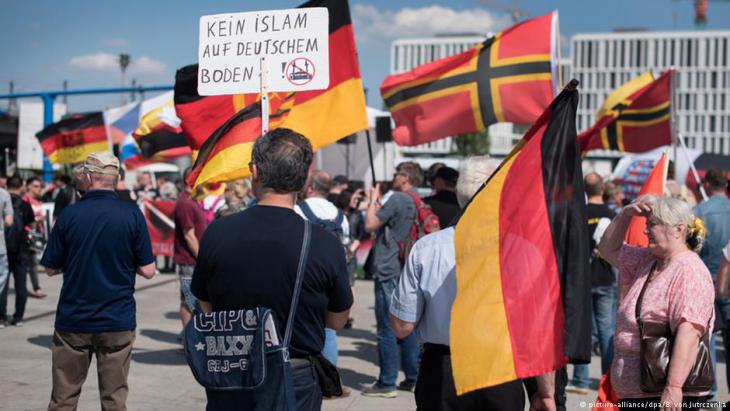 Anti-Semitism and Islamophobia in Europe

Ascribing a presumption of guilt to all Muslims on the issue of anti-Jewish sentiment is nothing more than a strategy successfully deployed by right wing groups in their anti-migrant campaigns, argues Ingrid Thurner

As though Europe was ever free of racism and xenophobia and as though there had never been any discrimination against minorities in the past – right-wing parties, right-wing publications and right-wing commentators are successfully managing to blame rampant anti-Semitism on Islam and its dependants.

The Muslim anti-Semitism argument is now part of the basic arsenal of defence against new immigration. It has been used by PEGIDA and those who identify with it, by defectors from Islam, the same old apologists of so-called criticism of Islam and not least, in the recent German election campaign.

It is also increasingly misused by people who perceive themselves to be concerned citizens, who are ostensibly standing up in defence of Christian or western values, but who are in actual fact afraid to lose their hard-fought social welfare guarantees and privileges. Behind such arguments, this envious society hides its fear that too much money is being spent on refugees and that less and less is left over for those who express such concerns.

The same forces that already rage against headscarves and minarets, who demand burka bans, prescribe a reform of Islam, who predict the decline of the Occident and reject gender equitable language, have now thrown their weight behind this issue, as though anti-Semitism arrived along with Muslim immigrants.

It is a familiar strategy. Several years ago, people spiritedly came out in the apparent defence of Muslim women who needed to be liberated against their will from their headscarves and their husbands. And this very effectively helped to deflect attention away from related problems in Germany, such as gender inequality in the allocation of jobs, wages and the distribution of domestic duties. 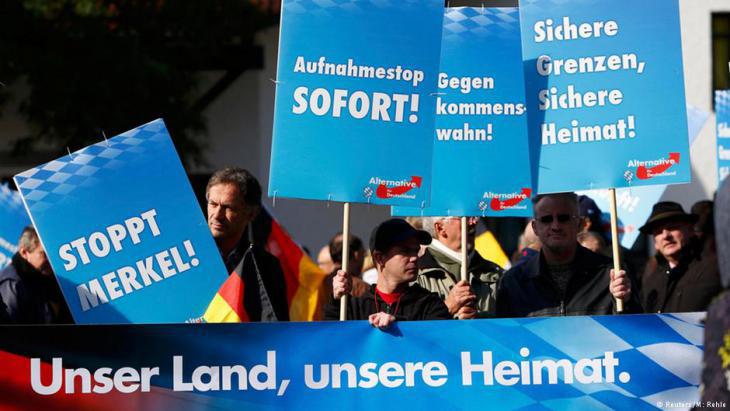 A band of con-men: nationalists, right-wingers and xenophobes are on the offensive across Europe. Stigmatising Muslims and other minorities, peddling chauvinistic attitudes and preaching a black and white message, their appeal is not lost on the ignored and insecure middle classes. Following on from the electoral successes of the Front National in France, the Alternative for Germany (AfD) recently came third in the Federal Republic′s general election

In this way, diverse reactionary forces are now rallying in the defence of Judaism against Muslim hostilities, thereby supplying an effective distraction from the issues affecting their own organisations, as though there had never been a Nazi past, no fraternities, no memorial services marking Hitler's birthday and no evidence of anti-Semitic views within the political party milieu.

Especially paradox in this context is the fact that anti-Semitism is to be viewed as a western cultural export, something repeatedly pointed out by scholars of Islam such as Reinhard Schulze. In majority-Muslim regions, anti-Semitic behaviour was still relatively unknown until the late eighteenth century.

Western anti-Semitism for the Islamic world

Of course, there were instances of defamation and rioting, but these were regional conflicts – not in any way comparable to the attacks and pogroms suffered by Jews in Europe through the centuries. Anti-Semitic text passages in the Koran are interpreted in schools of law within their historical context, with Muslim theologians not ascribing them any timeless validity.y

This only changed with western cultural imperialism, at its beginnings with Napoleon's 1798 Egypt campaign and perpetuated throughout the colonial era. As a result, this western brand of anti-Semitism also reached North Africa and the Middle East and the notorious anti-Jewish conspiracy theories began to spread. 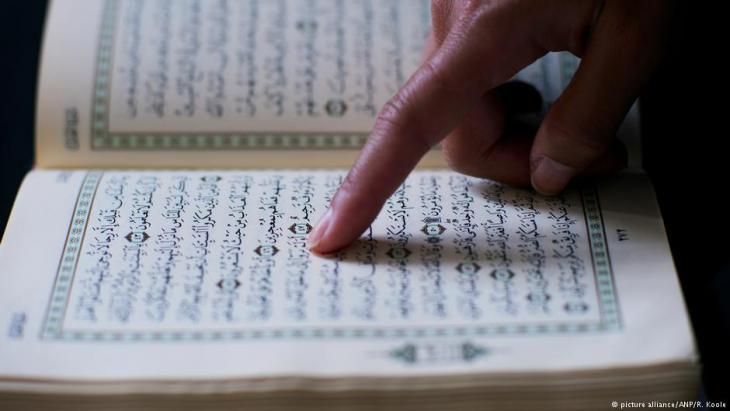 ″Anti-Semitic text passages in the Koran are interpreted in schools of law within their historical context, with Muslim theologians not ascribing them any timeless validity. This only changed with western cultural imperialism, at its beginnings with Napoleon's 1798 Egypt campaign and perpetuated throughout the colonial era. As a result, this western brand of anti-Semitism also reached North Africa and the Middle East and the notorious anti-Jewish conspiracy theories began to spread," writes Thurner

These tendencies gained yet more momentum after the foundation of the State of Israel, which from the Arab perspective occurred on Arab territory and triggered a huge wave of refugees, primarily to surrounding nations.

Criticism of Israeli politics is not anti-Semitism

But all these historic developments do not mean that refugees to Europe in recent years pay homage without exception to a moronic anti-Semitism. It is true that many of them originate from countries hostile to Israel since its foundation. But criticism of a government does not equate to a hostile stance towards a religion and all its adherents.

Criticism of Israeli politics is not anti-Semitism. And where anti-Semitism exists – whether it be from long-established or newly-arrived elements of the population – awareness campaigns and educational programmes are the solution, rather than the blanket demonisation of entire groups of people.

Regardless of where they originate from, it is high time we tackled all anti-Semitic statements and actions. Sociographic factors such as the religion, ethnicity, language, nationality, origin and educational level of those representing such views are completely irrelevant.

Ingrid Thurner is an ethnologist, lecturer at the Institute for Cultural and Social Anthropology of the Vienna University and member of the Participatory Media Observer Initiative in Vienna.

A law is currently being debated in Morocco that would legalise the cultivation and export of medicinal cannabis. For many small farmers, this would bring considerable advantages ... END_OF_DOCUMENT_TOKEN_TO_BE_REPLACED

Recep Tayyip Erdogan, disappointed by the European Union’s reluctance to integrate Turkey into its ranks, has re-directed his country’s diplomacy toward the Maghreb and Africa to ... END_OF_DOCUMENT_TOKEN_TO_BE_REPLACED

Philosopher Juergen Habermas was due to be awarded a major Arab prize in Abu Dhabi, but has turned it down following criticism. This decision torpedoes Arab efforts at a ... END_OF_DOCUMENT_TOKEN_TO_BE_REPLACED

Although a unity government was formed in Libya in March 2021, tensions and possible crises between the political actors are already emerging. What problems does the country face ... END_OF_DOCUMENT_TOKEN_TO_BE_REPLACED

Among Muslims, the image of women as "cossetted hijab-wearing princesses" is frequently invoked. But Muslim women have long wanted to be more. In her essay, Karoline Roscher- ... END_OF_DOCUMENT_TOKEN_TO_BE_REPLACED

Even in times of war and pandemic, refugees are still being deported to Afghanistan. Several deportation flights have taken place in recent weeks alone. Since those affected often ... END_OF_DOCUMENT_TOKEN_TO_BE_REPLACED
Author:
Ingrid Thurner
Date:
Mail:
Send via mail

END_OF_DOCUMENT_TOKEN_TO_BE_REPLACED
Social media
and networks
Subscribe to our
newsletter