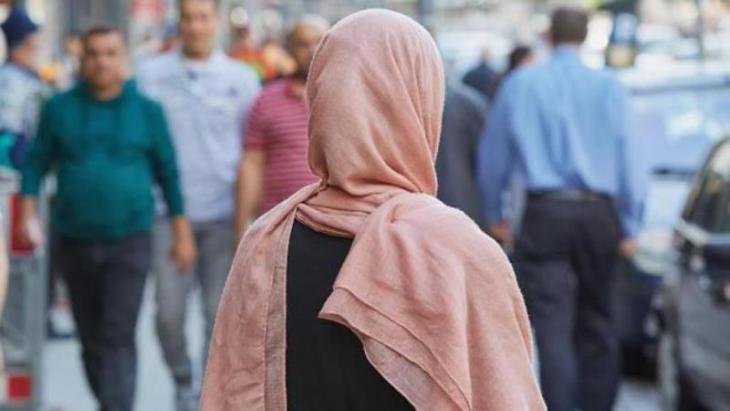 Anti-Semitism and Islamophobia in Europe
The eternal Muslim

The bias against Muslims is growing. In Europe they are increasingly seen as interlopers, against whom people must defend themselves. This pattern is not entirely new, as Stefan Buchen reveals in his essay

"The Islam debate: where does tolerance end?", "Exclude Islam, integrate Muslims – can it work?", "Beethoven or burkas". These are three more or less creative titles under which German talk shows have recently discussed what is regarded as a hot topic.

"The power of the mosque", "Holy war in Europe" and of course: "Germany is abolishing itself" are three book titles that deal with the same theme. In total, the number of publications runs into the thousands. And naturally that makes it difficult to keep coming up with new headlines.

Considered honestly, all of these programmes, books, essays, blogs and speeches fit under a single title: "The Muslim Question". Since the start of the 21st century, the topic has become something of an obsession for Germany and the West more generally.

The basic statements of all these publications are straightforward and can be summarised very quickly: Muslim migration to Germany and Europe threatens our safety and prosperity. Muslims do not assimilate themselves into our society. They exploit our social systems. They bring with them a system of values that stands opposed to our own and they therefore create "parallel societies". They multiply quickly because the role of Muslim women is limited to childbearing. Islam is fundamentally linked to violence and has been from the beginning. "And if you take all this to its logical conclusion," then it becomes clear that the aim of this Muslim behaviour is the establishment of a "global Caliphate".

Dancing to the far-rightʹs tune

Naturally, advocates of these theories also have instructions at the ready. Their answers to the question of "what should be done?" are brief and simple: Muslim immigration to Europe and Germany must be stopped entirely. Undocumented and illegal immigrants – with the focus on the catastrophic year of 2015 – must be sent back in the greatest possible numbers. On all levels of politics, administration and justice, it must be made clear to Muslims that they are not welcome in Europe. 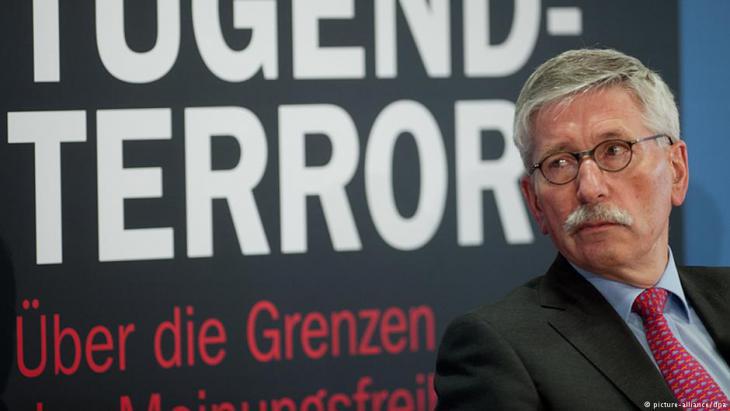 In the meantime, such radical views have become widespread in Germany. The "Alternative for Germany" party (AfD) and the "Patriotic Europeans against the Islamisation of the West" movement (PEGIDA) are their vocal spokespeople. And they are making waves. The AfD has turned state parliaments and the Bundestag into stages for debates about the "Muslim question". The extreme nationalist party has been successful.

And above and beyond a rise in polling figures, their success can be seen in the fact that all the other parties are taking on certain of the AfDʹs views and demands: from the CSU/CDU to the FDP and SPD, all the way to the Greens and The Left. In an attempt to halt the rise of the nationalist AfD, the establishment parties are making its nationalist positions their own, in particular the ruling Union parties.

A mighty change of heart is taking place in Germany, driven by the opponents of Islam. The problematic section of immigrants is, they say, constituted by the large group of Muslims ("The offspring of Vietnamese workers from the days of East Germany arenʹt a problem,") as Thilo Sarrazin pontificates. The retired SPD politician has been the movementʹs single biggest stimulator. This summer, Sarrazin intends to push his point home with a new book: "Feindliche Uebernahme – wie der Islam den Fortschritt behindert und die Gesellschaft bedroht" (Hostile takeover – how Islam impairs progress and threatens society).

To what extent the "Muslims" who have migrated to Germany represent any kind of social collective is a question that needs to be asked. There are plenty of arguments against it. But this is not the point here. And nor is the question of what role Islam plays in the formation of potentially violent "jihadist" groups, and in their murderous activities. There are a great many (often well-researched) publications on both these questions.

"Criticism of Islam" as a cultural code

The point here is that in Germany today, "criticism of Islam" is on the brink of becoming a cultural code, on which ever-widening circles of the German upper and lower-middle classes – the famous heart of society – agree.

Those seeking to get an idea of this process should watch an appearance by Julia Klockner on a talk show addressing the "Muslim question". When the member of the CDU praesidium with the "Rachel from Friends" haircut discusses male dominance among Muslims, you get an idea of what a conformist rebellion in early-21st-century Germany century might look like.

Alternatively, you could mingle with the "property-owning" audience at a reading by Thilo Sarrazin. Or book tickets for the clumsy theatrical adaptation of the subtle French novel "Soumission" (Submission) at the Deutsche Schauspielhaus in Hamburg. The variations in taste are many and varied, but they always hit the same "nerve." And the audience is slowly but surely amassing a solid store of knowledge on criticism of Islam.

One year ago the Taliban returned to power, seizing Kabul; the U.S. and its allies made a panicked exit from the country. Of all the books written on the subject, four stand out ... END_OF_DOCUMENT_TOKEN_TO_BE_REPLACED

In "Iran. Die Freiheit ist weiblich", journalist Golineh Atai describes the dogged resistance of courageous Iranian women against the Islamic Republic and the mullahs who have ... END_OF_DOCUMENT_TOKEN_TO_BE_REPLACED

Unflattering terms were used at a German Football Association human rights congress aimed at "intensifying the discussion" ahead of the World Cup. One speaker in particular made ... END_OF_DOCUMENT_TOKEN_TO_BE_REPLACED

Egyptian authorities have Mada Masr in their sights once again after critical reporting. But the editor of the country's last independent news source is adamant they will continue ... END_OF_DOCUMENT_TOKEN_TO_BE_REPLACED

Like Christianity, Europe's history is one of migration. Both have strong roots in the Orient and in cultures thousands of years old. Cultural historian Bernhard Braun invites us ... END_OF_DOCUMENT_TOKEN_TO_BE_REPLACED
Author:
Stefan Buchen
Date:
Mail:
Send via mail

END_OF_DOCUMENT_TOKEN_TO_BE_REPLACED
Social media
and networks
Subscribe to our
newsletter