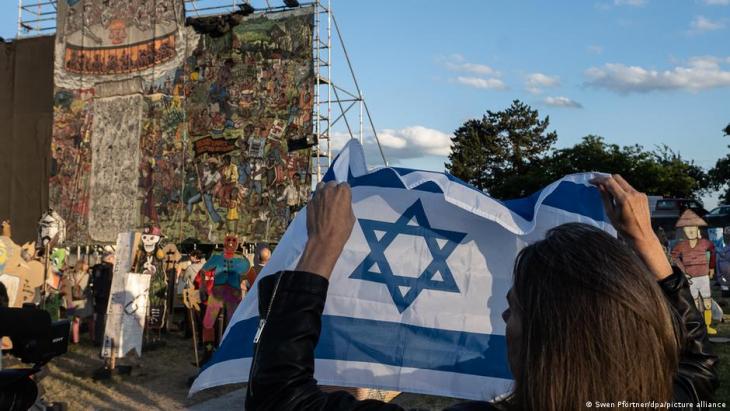 Anti-Semitism at documenta15
"The documenta is in ruins"

Anti-Semitic motifs have no place at Germany’s documenta art show or anywhere else in the world, stresses Meron Mendel, director of the Anne Frank Educational Centre in Frankfurt. But he also says: this is not an anti-Semitic documenta. Interview by Stefan Dege

Professor Mendel, documenta15 has taken down the Taring Padi banner, which was criticised for its anti-Semitic imagery. Does that mean the anti-Semitism debate is over?

Meron Mendel: On the contrary, the debate has only just begun. Of course, people have different ideas on how best to proceed – whether anyone should be dismissed or how best to deal with the artists. Rather than cutting lines of communication, I would say the real question is how best to engage in a dialogue with artists from the Global South.

Where are the front lines in this dispute?

Mendel: There are so many voices and opinions that they can’t really be defined as a single front. It would be wrong to lump all artists from the Global South together. One strand of argumentation among the defenders of Taring Padi is that you have to see the motifs on the banner in the context of the Global South. In Muslim-majority countries, they say, it is unproblematic and part of the mainstream. From their perspective, the problem arises from the fact that the work is being viewed in Germany or Europe. At the same time, we need to get one thing straight: portraying Jews as vampires ought to be a problem not only in the German context, but everywhere in the world.

At the same time, those criticising the work are just as diverse. Even though they all see the banner as anti-Semitic, different people are making different demands as a result. As to how widespread anti-Semitism is at the documenta15, that is also the subject of much debate. 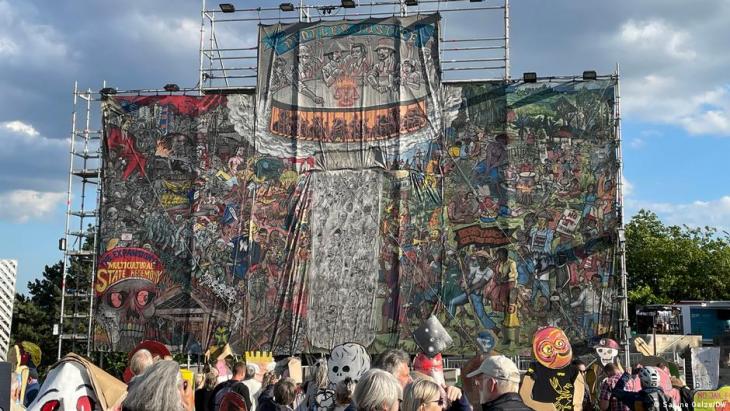 Openly anti-Semitic motifs at documenta15: the work of Indonesian artists' collective Taring Padi was first covered up, then taken down, following massive criticism of openly anti-Semitic imagery. The artists have since apologised to the audience and the Jewish community on the documenta15 website for their depiction, emphasising that they reject any kind of racism

Is it, as Hanno Loewy, the director of the Jewish Museum Hohenems, says, also about very different views on the Middle East: people are lashing out at each other without acknowledging their very different perspectives?

Mendel: That partly describes the dynamic: a collision of views on the Middle East conflict. Firstly, there is the view from Europe, specifically from Germany, on Israel – as the country of the Holocaust victims who found refuge in Israel and for whom Israel is still considered a safe haven today.

From the perspective of the Global South, however, the European Jews who moved to Palestine in the first half of the 20th century tend to be seen as colonialists. This is a distorted understanding of the founding of Israel.

But this is only part of the problem: the anti-Semitic images on the Taring Padi banner originate from the European cultural space. These narratives did not emerge in the global South. The Jews as bloodsuckers or vampires are to a certain extent the product of mediaeval Christian anti-Judaism. Comparing the Jews to Nazis is something we have also seen among right-wingers in Germany.

So we are dealing with a very complex problem – the transmission of anti-Semitic images that were practically exported from Europe to its former colonies.

Are we having a very German debate here?

Mendel: Understandably, the debate is particularly explosive against the background of Germany’s particular history of National Socialism. But similar disputes, though perhaps not on such a large scale, are also emerging in other European countries.

Germany has a historical responsibility. Was that underestimated by foreign exhibitors and the documenta curators themselves?

Mendel: Presenting images of Jews as bloodsuckers or depicting Jews as Nazis in a publicly funded exhibition should not take place anywhere in the world, no matter what the cultural context. Because it is inhuman. I am equally against gay people being defamed or women's rights being disregarded. It's about something fundamental – human rights. They may be a Western construct, but they are universal and, in my view, non-negotiable. No matter where the documenta curators come from. 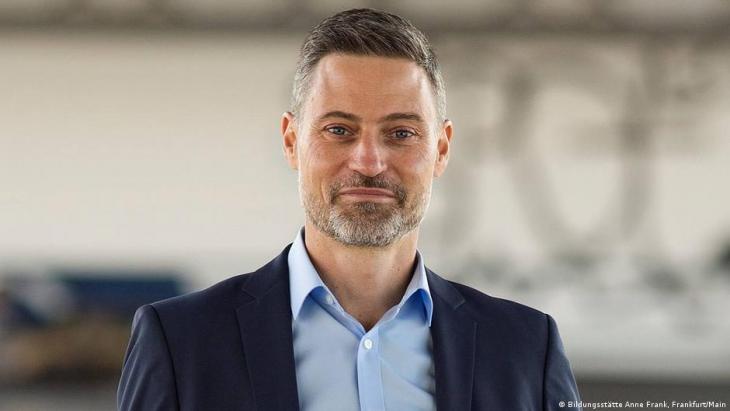 "The documenta is in ruins," says Professor Meron Mendel, director of the Anne Frank Educational Centre in Frankfurt. "This is particularly tragic because great works by almost 1500 artists are being completely overshadowed by a few pieces. That's why I stress: this is not an anti-Semitic documenta." Presenting images of Jews as bloodsuckers or depicting Jews as Nazis in a publicly funded exhibition should not take place anywhere in the world, no matter what the cultural context, because it is inhumane, Mendel says. Human rights may be a Western construct, "but they are universal and in my view non-negotiable. No matter where the documenta curators come from"

Are Germans still conscious of their historical responsibility?

Mendel: Apart from the AfD, which is calling for a U-turn in the culture of remembrance, German politicians are united on this point. But if you poll the population, the consensus is much more fragile. Germans these days have very different views on what responsibility the Nazi past should take for the present and what it should not.

Does Germany need to provide more explanation? Especially in the direction of the Global South?

Mendel: It is not Germany’s job to teach the Global South. But when people from other countries exhibit here, the host country naturally bears some of the responsibility. The Federal President said this very succinctly in his opening speech. He said, "Responsibility cannot be outsourced." That is why no one at documenta15 can palm off all the responsibility on those from the Global South. It is not just about anti-Semitism, but about human rights as the basis for cooperation.

Has the documenta been damaged by the current scandal?

Mendel: The damage is enormous. The documenta is in ruins. It is particularly tragic because great works by almost 1500 artists have become completely overshadowed by a few pieces. That is why I would like to emphasise that this is not an anti-Semitic documenta.

My question now is: how can the discussion at the documenta and the documenta itself be brought back on track in a productive way?

The interview was conducted by Stefan Dege

Professor Meron Mendel, born in 1976, has been director of the Anne Frank Educational Institute in Frankfurt am Main since 2010. Since 2021, Meron Mendel has also been Professor of Transnational Social Work at the Frankfurt University of Applied Sciences and researches, among other things, the present of anti-Semitism and the future of remembrance culture.

Fariduddin Attar’s "The Conference of the Birds", one of the seminal works of Islamic mysticism, has recently been published in sumptuously illustrated German translation. It ... END_OF_DOCUMENT_TOKEN_TO_BE_REPLACED

Egyptian authorities have Mada Masr in their sights once again after critical reporting. But the editor of the country's last independent news source is adamant they will continue ... END_OF_DOCUMENT_TOKEN_TO_BE_REPLACED

Like Christianity, Europe's history is one of migration. Both have strong roots in the Orient and in cultures thousands of years old. Cultural historian Bernhard Braun invites us ... END_OF_DOCUMENT_TOKEN_TO_BE_REPLACED

Mohamed Abla is the first visual artist from Egypt to be awarded the Goethe-Institut’s Goethe Medal, Germany’s highest honour in the area of foreign cultural policy. Stefan ... END_OF_DOCUMENT_TOKEN_TO_BE_REPLACED

Bachtyar Ali sends the hero of his latest novel – "Mein Onkel den der Wind mitnahm" – literally flying. Jamshid is so thin after his years as a political prisoner that a gust of ... END_OF_DOCUMENT_TOKEN_TO_BE_REPLACED
Author:
Stefan Dege
Date:
Mail:
Send via mail

END_OF_DOCUMENT_TOKEN_TO_BE_REPLACED
Social media
and networks
Subscribe to our
newsletter