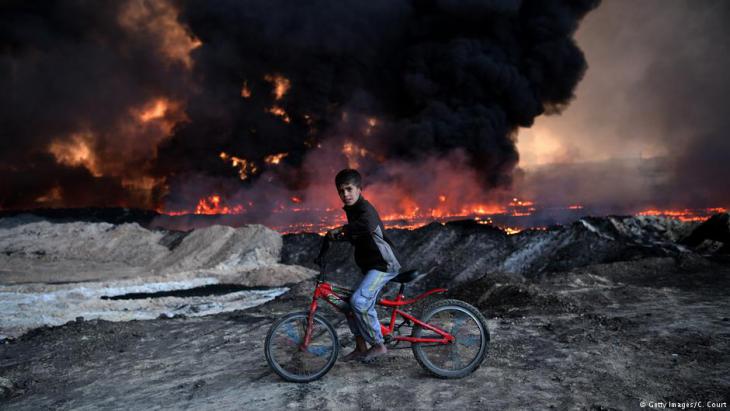 Arab identity crisis
What is left of the Arabs?

Despite war and mass murder, the Arabs were never as numerous as they are today. But they were also never as unsure about who they are. Does an Arab identity survive? What about Arab culture? These are the questions being asked today. In view of the political and social downward spiral, all of this is now at stake, says Stefan Buchen in his essay

The generals modelled chess figures out of dry bread. Staging battles, fighting again to protect the king, even though the world around them was falling apart. The generals saved the bread, the material used to make the pieces, from their own food allowances.

The seven generals had served in the Iraqi army. They obeyed the commands of their superiors without question. One of them regrets not having chopped off the head of the king with the sabre, before it was too late. Now all they can do is play out their war manoeuvres on a chess board that they've cobbled together as prisoners in the U.S. Camp Bucca. This damns them to the perpetual repetition of their error, of protecting the king.

This episode, about the seven generals detained as US prisoners of war, is related by the Iraqi writer Shakir Noori in his 2012 novel "madjanin Bucca" (English title: "Madmen of Boca"). The book is a barely fictionalised report from the prison camp set up by the U.S. army following its invasion of the southern Iraqi desert. Like many of the other detainees, the seven Iraqi generals are executed by their conquerors.

Failure of the elites

Noori's descriptions of the actions, thoughts and feelings, of the lives and deaths of the prisoners reads like a searing, unsparing metaphor for the predicament of Arab nations and societies. Or in short: the state of the Arabs. The seven detained generals represent the failure of Arab ruling elites.

The "dashed expectations" following the 2011 Arab Spring, "civil wars" in Libya, Syria, Iraq and Yemen, "backwardness" and "religious fanaticism" are buzzwords used by international media – not inaccurately – to outline the situation in broad swathes of the Arab world. Meanwhile the question must be asked whether less than hopeful evaluations such as these might not even be blatant understatements of the true situation and thereby miss the point.

Does an Arab identity survive? What about Arab culture? These are the questions being asked today. In view of the political and social downward spiral, all of this is now at stake. 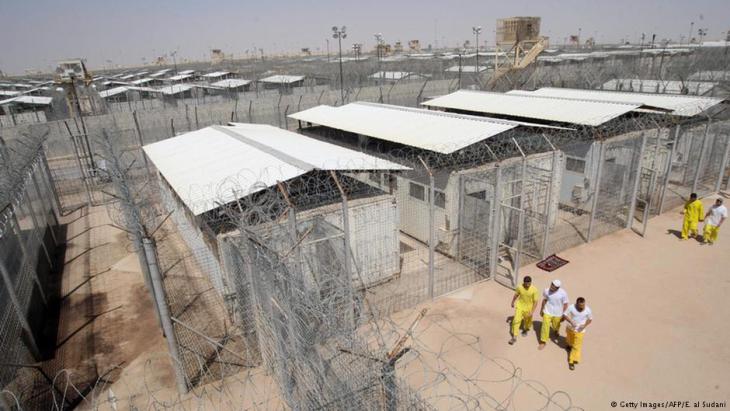 Synonymous with the decline and fall of Arab civilisations: Noori's descriptions of the actions, thoughts and feelings, of the lives and deaths of the prisoners reads like a searing, unsparing metaphor for the predicament of Arab nations and societies. Or in short: the state of the Arabs

Civil wars can be ended, political expectations of freedom and justice can theoretically be fulfilled a little later. But is the devastation in reality not already so profound, so as to prevent the new formation of a contented Arab society?

"Our souls are shattered," Shakir Noori has one survivor from Bucca say. The first thing that another surviving protagonist does after his release from Bucca is to kill his wife, because he suspects she has cheated on him during his time in prison.

Few people have devoted themselves so intensively to considering the place occupied by Arab identity and culture in the modern age as the French Arabist and sociologist Jacques Berque (1910-1995). The French academic, a critic of his own government, wrote on the subject almost 60 years ago, when the Arabs were locked in bitter conflicts as they cast off the yoke of colonialism.

In Berque's analysis, for the Arabs this was about "restoring their personality" following a lengthy period of foreign rule. With all his empathy Berque "wanted" the Arabs to succeed in doing this. He admired "the originality" of Arab culture, its historic roots and its contemporary form, which he knew better than probably any other non-Arab.

Berque may have been an optimist, but he recognised the enormity of the challenge and the dangers of failure, which lurk both inside and out. He defined the condition of success thus:  the Arabs would have no other choice than to integrate themselves into the dominant new world of machines. In this way, they would have to "assimilate to" the industrial modern age. 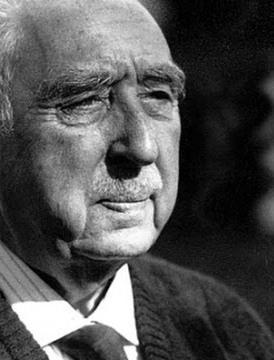 Few people have devoted themselves so intensively to considering the place occupied by Arab identity and culture in the modern age as the French Arabist and sociologist Jacques Berque (1910-1995), writes Stefan Buchen

He saw the tough demands made on the "competitiveness" of a society that wants to exist in a rapidly globalising world, a world in which new forms of foreign rule, first and foremost U.S. imperialism, run rampant.

Defending the last zone of authority

Arab societies are "all too often mere sales markets and raw material warehouses for the others", wrote Berque in 1960. The only "growth" taking place was with respect to population numbers. This was leading to a "worrying mass of unemployed and undernourished people". The population explosion also triggered a massive exodus from rural areas to the cities, a development that resulted in cultural and social uprooting.

The family was the only place in which the Arab man had not had his power curtailed, either through foreign rule or through chaotic processes of modernisation. He therefore paid close and jealous attention to defending this last zone of authority.

These problems, clearly identified by Berque more than 50 years ago, have never been quelled, but rather they have continued to escalate over the years and culminate today in an existential crisis of Arab culture and identity.

Others, for example Iran, the US, Russia, Turkey and Israel, have attained power and influence in territories that Arabs have viewed as Arabic since their national and cultural renaissance 100 years ago. Millions of Arabs are today reliant on international emergency aid. Those not reached by this aid die of starvation or epidemics, such as a recent outbreak of cholera in Yemen. Militarily speaking, Arabs alone are not in a position to liberate the Arab city of Mosul from the hands of IS.

The mass orientation toward Islamist movements is a reaction to both the unsolved problems of the modern age, as well as to the new imperial assaults. Contemporary Islamism has however exacerbated the problems instead of alleviating them.

Historically, Islam has grown together with Arab culture and language. Today, this intertwining is proving to be a curse. The current reality of Islam – and that applies regardless of the subtle difference between Islam and Islamism – is characterised by the sectarian conflict between Sunnis and Shias.

This internal Islamic religious war will wear down Islam as we know it – a quasi non-denominational ecumenism. A confessional split dividing Shia Arabs allied with Iran from Sunni Arabs is bringing the Arab identity crisis to a head. 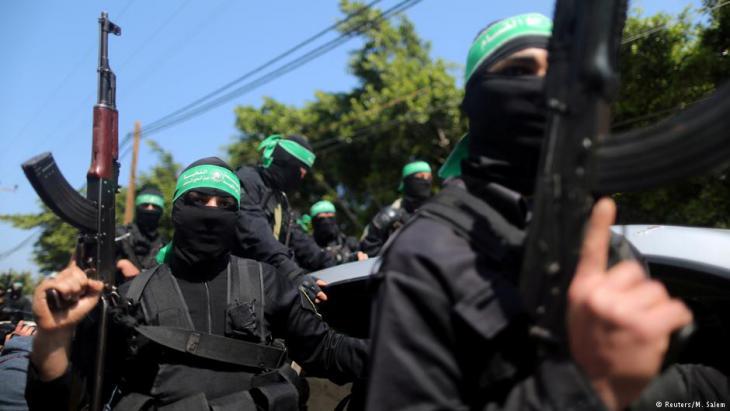 Political Islam on the advance in the Arab world: "the mass orientation toward Islamist movements is a reaction to both the unsolved problems of the modern age, as well as to the new imperial assaults. Contemporary Islamism has however exacerbated the problems instead of alleviating them," writes Stefan Buchen

That Donald Trump travels to Riyadh in this situation, to forge a pact directed against Iran with the Sunni Arabs, is a geopolitical caricature. To borrow the word from Jacques Berque, the fact that "the Highnesses" offer themselves up for this caricature as a matter of course, must be viewed as "worrying".

Let′s be clear: the Gulf monarchies will not save Arab culture. Neither will the satellite broadcasters that make programmes from their territories. As far as Al Jazeera and co. are concerned, it is astonishing that many academics in the West still describe their output as "identity-forming" for the Arabs. Those who claim this have failed to notice that these channels have long since succumbed to a gossip culture that annihilates language and above all to religious sectarianism.

"We, who will shortly disappear"

Despite war and mass murder, the Arabs were never as numerous as they are today. But they were also never so unsure about who they are. "We, who will shortly disappear," says the Syrian poet Ra´id Wahsh, "have learned from those before us not to leave any traces behind. We will teach those after us not to come at all."

Camp Bucca was located in the very place where the Arabs once encountered the Mesopotamian civilisation.

In the desperate fantasy of the detainees, the writer Shakir Noori conjures up ancient poetic images of the galloping stallion, upon whose back they will ride into freedom and of the circling eagle that shows the way there. That is the dream.

Noori soberly pronounces that all those ever detained at Bucca will carry the testimony of madness around with them forever. "Madjanin Bucca" are the madmen of Bucca, driven into madness by torture and humiliation at the hands of the occupiers. In the past, it was the beautiful Leila who made her verse-reciting admirer "madjnun", or drove him to madness. What a comedown.

The author works as a television journalist for the ARD political magazine “Panorama”.

Abortions are illegal in Egypt unless they are necessary to save a married woman's life. But that doesn't stop local women from having one. Egyptian society needs to acknowledge ... END_OF_DOCUMENT_TOKEN_TO_BE_REPLACED

Food prices doubled, salaries halved, banks restricting withdrawals: Egyptians now have the same problems as the Lebanese. But if things get worse here, the fallout will be far ... END_OF_DOCUMENT_TOKEN_TO_BE_REPLACED

Giessen, Eichsfeld, Kusel, Berlin – cars bearing old German number plates are the latest trend on the streets of Cairo. Many Egyptians regard the discarded plates as chic. What ... END_OF_DOCUMENT_TOKEN_TO_BE_REPLACED

Egyptian Sufis have been on the defensive against the country's Islamists for decades. Meanwhile, interest in mysticism is growing among the young members of Cairo’s middle and ... END_OF_DOCUMENT_TOKEN_TO_BE_REPLACED

Chinese President Xi Jinping's visit to Saudi Arabia in December 2022 may have rattled Washington, but it simply highlighted the Arabs’ desire to diversify their foreign relations ... END_OF_DOCUMENT_TOKEN_TO_BE_REPLACED

END_OF_DOCUMENT_TOKEN_TO_BE_REPLACED
Social media
and networks
Subscribe to our
newsletter