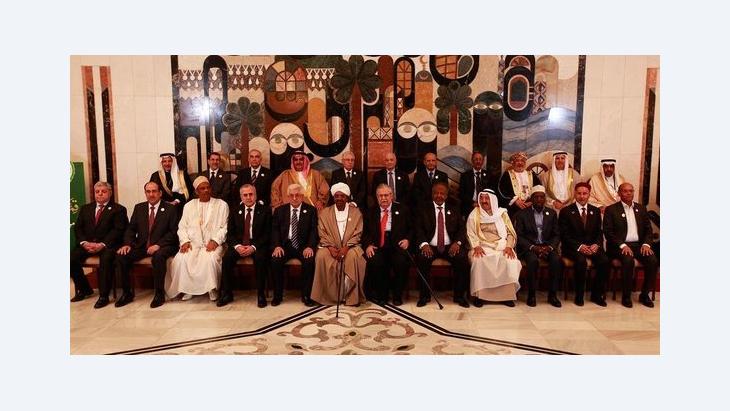 Reconciliation with Kuwait, Discord over Syria

The first Arab League summit in Baghdad in 22 Years showed that the country is back in the lap of the Arab community. And yet the glory that this summit was to bring in the shadow of a serious government crisis failed to materialise. Birgit Svensson reports from Baghdad

Alhamdulillah – Praise to God! Some of those in charge are surely breathing a sigh of relief that the summit of the Arab League in Baghdad went off without a hitch. Despite two mortar shells, four injured guards in front of the Iranian Embassy and a rocket exploding at a former military camp at the airport.

It could have been worse. Just at the moment when President Jalal Talabani was launching into his welcome address, a dull boom alarmed residents on the west bank of the Tigris. The mortar shell hit one kilometre from the Green Zone, where participants in the Arab League summit had gathered, demonstrating once more that the Iraqi capital is not really as safe as the government would have us believe.

In spite of a strict ban on vehicles, and with army and police everywhere in sight, the shell still managed to find its way over the Tigris. However, the threats voiced by Al Qaida and other terrorist organisations to disrupt the meeting of the heads of the Arab states were fortunately not carried out. 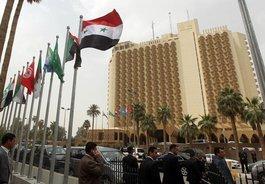 Maximum security before and during the summit in the hermetically sealed Green Zone: but despite the strict driving ban and omnipresent army and police units a shell still found its way over the Tigris

​​In view of current conditions pertaining in Iraq, the price for an acceptable level of security during the three-day conference was nonetheless high. Iraqi media reported in unison that the event cost nearly 500 million dollars. Along with the renovation of the five-star hotels for their prominent guests, entailing their closure for over a year, and improvements to the road leading from the airport, the Iraqi government also decided on short notice to give millions of public service employees a week off.

100,000 of them apparently took off to the Kurdish north to catch the first whiff of spring. Teachers, university personnel, ministry staff and even members of parliament: all of them flocked to Erbil, Shaklawa or to the waterfalls in the Kurdish provinces, while back in Baghdad 100,000 security forces from all across the country were on the job almost round the clock.

Even the prime minister's full-time translators were sent on holiday. Outside interpreters were hired instead. The luxury hotels where summit participants stayed were staffed with personnel from Turkey. Iraqis were nowhere to be seen. And this despite an unemployment rate estimated at 25 per cent.

The involuntary holidaymakers had to conclude that the government didn't trust its own citizens. Step by step, freedom of movement was restricted. The total ban on vehicular traffic on the main day of the summit was rigorously enforced, and mobile phone networks switched off. Baghdad practically stood still.

Whether it made sense to completely paralyse a city of eight million for the benefit of ten heads of state is now a subject of heated debate. "Maliki, you are a dog," people could be heard shouting from open car windows when the drivers found themselves waiting for hours at innumerable checkpoints, having to open their boots and engine bonnets for examination and submit to identity checks. Tracking dogs could be seen everywhere, sniffing up and down the streets for hidden explosives. For one week, Baghdad once again looked as it had during its worst years of terrorism, in 2006/2007. 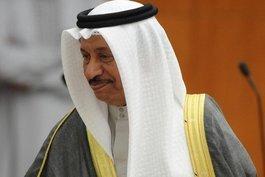 New reconciliatory overtures from Kuwait's leadership: one of those attending the summit was the Emir of Kuwait, Sheik Sabah al-Ahmed Al-Sabah, on his first visit to Iraq since that country's invasion of Kuwait in 1990

​​While the man on the street shook his head or ranted at all these procedures, failing to comprehend what the point of the whole exercise might be, for the Iraqi government and above all for Prime Minister Nuri al-Maliki, the summit was a sign of renewed prestige. It was the return of the Arab community, commented President Talabani, expressing the hoped-for goal. "Iraq is again a full-fledged member."

Contributing to this success was in particular the attendance of the Emir of Kuwait. Up to the last minute, it had not been certain whether Sheik Sabah al-Ahmad al-Jaber al-Sabah would actually set foot on Iraqi ground. After Saddam Hussein's army invaded the small oil-rich Gulf emirate in 1990, there was an uproar at the Arab League summit in Baghdad shortly thereafter. No meeting of that kind had taken place in Iraq since then. The country was ostracised by the Arab community.

A coalition under the leadership of the USA liberated Kuwait and drove out the Iraqi army and the UN proceeded to impose an embargo against Baghdad. Even after the fall of Saddam Hussein in April 2003, Iraq was still regarded with suspicion by the other Arab states, its transition governments mockingly referred to as American "occupation cabinets".

Since the American withdrawal at the end of last year, however, the country between the Tigris and the Euphrates is now considered a sovereign state. Saudi Arabia has announced that it will soon open an embassy in Baghdad.

Back in the lap of the Arab community

In preparation for the first summit in Iraq in 22 years, Prime Minister Nuri al-Maliki flew to Kuwait and quickly paid the 380 million dollars in war reparations that were still outstanding. He seems to have succeeded in reconciling with his neighbour. Iraq is back in the lap of the Arab community. And yet the glory that this summit was to bring in the shadow of a serious government crisis failed to materialise. 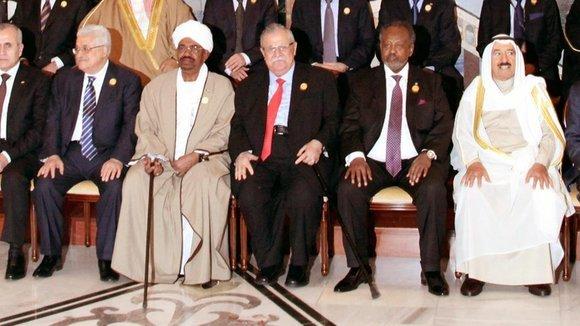 Dissension and perplexity at the Syrian conflict: the Gulf States, above all Saudi Arabia and Qatar, advocate a firm stance and are considering arming the rebels. Summit host Iraq by contrast objects to any outside intervention

​​The rulers of the other Gulf nations stayed away. Dissension on the issue of Syria kept in particular the Saudi king from coming to Baghdad. The Emir of Qatar likewise stayed home, knowing full well that the Iraqis would not allow any concrete measures against Assad's regime to be resolved. The only action taken was the signing of an appeal supporting Kofi Annan's peace initiative, which is being conducted in the name of both the UN and the Arab League.

Trying to untangle a web of interests

UN Secretary-General Ban Ki-moon sensed the lack of unity and did not ask the participants for anything more. There was no talk of demanding that the regime in Damascus step down; any intervention by foreign powers was rejected; and the empty chair for Syria itself spoke volumes. The Iraqis had wanted to invite Bashar al-Assad to the conference, but the Saudis were against it. In order to make sure the summit in Baghdad would finally take place after two postponements, Baghdad conceded.

At the same time, Iraq is just as divided in its attitude toward Syria as the entire Arab League is and, with it, the world community. As a multiethnic state, Iraq has a diverse set of interests in the multiethnic state of Syria. Kurds, Sunnis and Shiites have varying ties and goals there. Prime Minister Maliki is a Shiite and feels religiously bound to his colleague Assad. President Talabani and Foreign Minister Hoshiar Zebari are Kurds whose "brothers" in Syria are suffering especially under the current regime.

And then there are the Sunnis, who long to see Assad toppled, hoping to thereby strengthen their own position within the Shiite-dominated government in Baghdad. It is by no means easy to untangle this web of interests. For the homogeneous, mostly Sunni Arab states that make up the majority of the 22 league members, it is well nigh impossible.

END_OF_DOCUMENT_TOKEN_TO_BE_REPLACED
Social media
and networks
Subscribe to our
newsletter