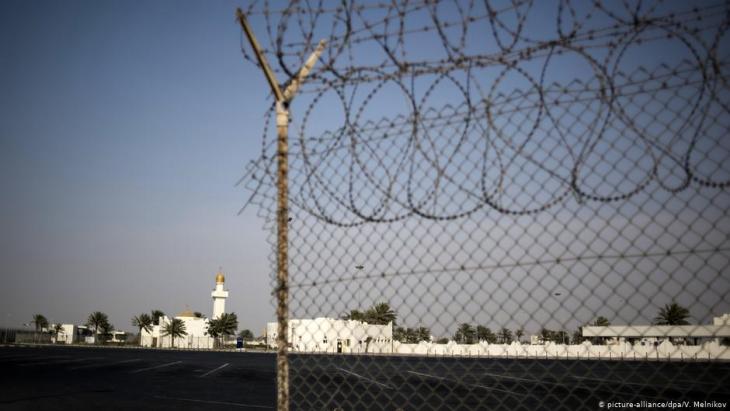 With Ramadan over and coronavirus hopefully on the wane, Bader Al-Saif takes a look at how divisions dating back to the June 2017 blockade of Qatar shaped the region's contrasting approaches to political messaging and public health in a time of both crisis and observance

As the coronavirus pandemic raged, Ramadan and other religious events around the world were transformed. While upending daily life across the Middle East, the pandemic’s impact during the Muslim holy month also amplified policy divergences among the six Gulf Cooperation Council (GCC) states, exacerbating a three-way split that dates back to the summer of 2017.

Religious policy has apparently become the latest arena for GCC states to reaffirm their affinities. Ramadan and the pandemic could have offered opportunities for reconciliation, yet neither brought the clashing parties closer together in a conflict now entering its fourth year.

Ramadan proved an opportune moment for Bahrain, Saudi Arabia, and the United Arab Emirates to continue using Islam to advance their soft power. Of the three states, only the UAE kept its mosques closed during the holy month. However, its two-year-old Emirates Fatwa Council flexed its muscles by issuing five fatwas, ranging from exempting medical workers from the fast to calling for prayers at home.

You may also like: Qatar diplomatic crisis – Playing the waiting game

Capitalising on the pontiff's visit

The UAE also tied its Ramadan pandemic policy to its recent focus on tolerance and interfaith dialogue. Capitalising on the historic first visit of a pope to Abu Dhabi and the region in February 2019, the Higher Committee on Human Fraternity tasked with following up on the visit declared that May 14 would be a global day of prayer.

In response to COVID-19, the Higher Committee of @HumanFraternity marked May 14 as a Global Day of Prayer, calling on people of all faiths across the world to join together to pray for an end to this health crisis. #PrayForHumanity @mckduae pic.twitter.com/ZXgC9eiPLh

The event was endorsed and attended by Pope Francis and representatives of several international organisations, scoring yet another win for the UAE by reinforcing its global religious outreach.

Other combined Ramadan-pandemic events connected to the country’s humanitarian and happiness policies. Sheikha Fatima, the “Mother of the Nation”, launched an online Ramadan “optimism campaign” to support those stressed by the pandemic. The UAE’s vice president announced a campaign that aims to deliver 10 million meals to the needy, bringing home the UAE’s global humanitarian diplomacy.

The UAE also dropped contentious Ramadan programming such as that of the late Syrian scholar Mohammed Shahrour. Yet Saudi Arabia improved on this strategy by holding up a less controversial religious figure, Mohammed al-Issa, who in 2016 was appointed to the Muslim World League, alongside his reappointment to the Council of Senior Scholars.

German Middle East analyst Guido Steinberg and television journalist Ulrich Tilgner have both published new books on the conflicts in the Middle East. Their analyses and their ... END_OF_DOCUMENT_TOKEN_TO_BE_REPLACED

Saudi Arabia and its allies have agreed to set aside their differences with Qatar at a summit meeting of the Gulf Cooperation Council. The restoration of diplomatic relations ... END_OF_DOCUMENT_TOKEN_TO_BE_REPLACED

Ten years after the start of the Arabellion in North Africa and the Middle East, many view the movement as a failure. But rather than being over, it has now entered a more mature ... END_OF_DOCUMENT_TOKEN_TO_BE_REPLACED

A heated debate is raging in the Islamic world about whether the religious and political spheres in Islam are one and the same. Before this matter can be settled, the terms " ... END_OF_DOCUMENT_TOKEN_TO_BE_REPLACED

END_OF_DOCUMENT_TOKEN_TO_BE_REPLACED
Social media
and networks
Subscribe to our
newsletter