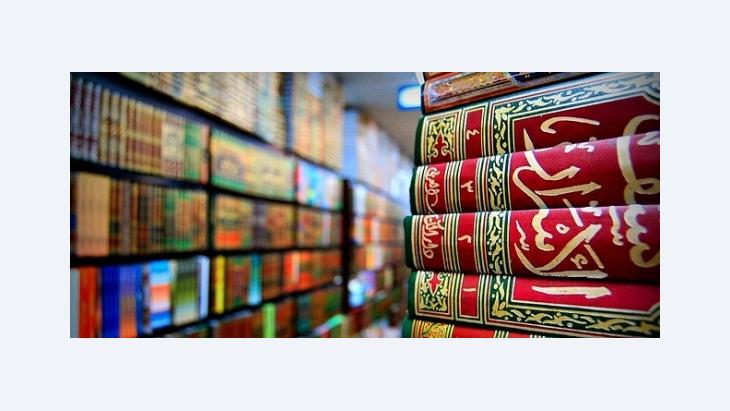 ﻿The landscape of Arabic literary translation seen in the 21st century has changed dramatically. Political events including 9/11 and the Arab Spring are one reason for the increasing interested in translated Arab fiction – as are substantial sponsorship from the Gulf countries. Susannah Tarbush reports

The awarding of this year's International Prize for Arabic Fiction (IPAF) to Lebanese writer Rabee Jaber for his novel The Druze of Belgrade (Duruz Belghrad: Hikaya Hanna Yaqoub) has not only rewarded him with a total of $60,000 US, but has also opened up for him exciting new international translation and publishing prospects.

The IPAF award includes a guarantee of translation and publication of the winning work in English. So far three of Jaber's 18 novels – but not The Druze of Belgrade – have appeared in translation, into German, French and Italian. 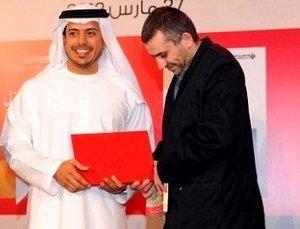 Themes of identity and sectarianism: Rabee Jaber (right) being awarded the International Prize for Arabic Fiction

​​The first publication of Jaber's work in English translation is in the pipeline, with New York publisher New Directions having signed up two of his novels. New Directions is due to publish The Mehlis Report (Takrir Mehlis) in spring 2013, and Byretus Underground City (Byretus Madinat Taht al-Ard) a year after that.

The translator of both novels, the Egyptian-American Kareem James Abu-Zeid, has said Jaber is "the single Arab author I believe to be the most in need of translation".

The Druze of Belgrade is a historical novel set in the years following the bloody 1860 conflict between Druze and Christians in Lebanon. The main character, Christian egg-seller Hanna Yaqoub, has the identity of a Druze forced upon him and is sent with captured Druze fighters to imprisonment in the Balkans. Jaber sees the novel as being of contemporary relevance with its themes of identity, sectarianism, and an individual's efforts to bear the cruelty inflicted by his jailer.

IPAF was created in 2007 with funding from the Abu Dhabi-based Emirates Foundation and support from the Booker Prize Foundation in London. One of its aims is to encourage translation of Arabic literature into English and other languages. Not only the winning IPAF novels, but also several shortlisted novels, have been signed up by publishers in English and other languages.

In addition to its prize, IPAF nurtures young Arab writers through its writers' workshops, known as nadwas, held in Abu Dhabi annually since 2009. The writing produced during of the first two workshops has been published in book form as bilingual anthologies under the title Emerging Arab Voices. 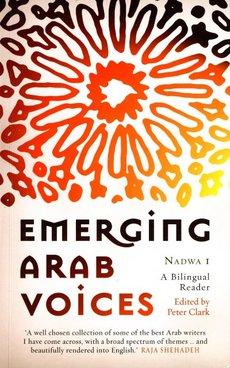 ​​The birth of IPAF is one of the transformative changes on the landscape of Arabic literary translation seen in the 21st century. Political events including 9/11 and the Arab Spring are one reason for the increasing interested in translated Arab fiction. The number of Arabic-English translations published in books, and in magazines and journals, has grown.

At the same time dramatic developments in communications, the internet, social networks and digital publishing have enhanced the publishing, sharing and discussion of Arabic to English translation. And on the publicity and marketing side, Arab authors and their works have raised their profiles in the international media and at book fairs, literary festivals, conferences and other events.

A key role in the transformation of the Arabic translation scene has been played by Banipal, the London-based magazine of modern Arab fiction founded by Margaret Obank and her Iraqi writer and journalist husband Samuel Shimon in 1998. Hundreds of Arab authors, and translators of Arabic, have had their work published in Banipal.

Obank recalls that when she interviewed Johnson-Davies for Banipal in 2000 "he lamented, like many of us then, the 'deplorable' situation for the translator from Arabic and the fact that there was no encouragement given to the translator of fiction from Arabic to English." 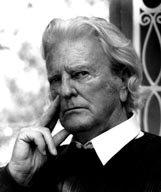 ​​But today, Obank writes, "the world of literary translation from Arabic to English is almost unrecognisable – it is so changed, so charged with the energy of would-be young translators who come from many different walks of life – and in a way these changes complement the explosion in creative writing that's been taking place throughout the Arab world."

She sees Johnson-Davies as "one of the unwitting catalysts for change by persevering with translating and bringing to the Anglophone world an array of interesting, powerful writers. Not for nothing has he been described as a 'talent-spotter'."

Johnson-Davies has produced more than 30 volumes of translated works, and has continued to translate: the latest issue of Banipal contains an enthusiastic review of his latest anthology "Homecoming: Sixty Years of Egyptian Short Stories". The stories by 57 Egyptian authors span his career as a translator.

In addition to the magazine, another way in which Banipal has encouraged translation has been its founding of the £3,000 annual Saif Ghobash-Banipal Prize for Arabic Literary Translation, awarded for the first time in 2006. The prize adds Arabic to the list of languages (all the others are European) for which there are prizes administered by the Society of Authors. 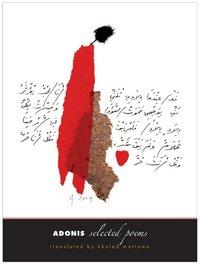 "An explosion in creative writing throughout the Arab world": Cover of Khaled Mattawa's "Adonis: Selected Poems"

​​The 2011 prize was awarded to the Libyan award-winning poet, scholar and translator Khaled Mattawa at a ceremony held in London in February for his translation of Adonis: Selected Poems (Saqi Books). The judges of the prize said the book is "destined to become a classic".

BQFP publishes in both English and Arabic, and has been highly active since beginning operations in 2010. Its aims include promoting translation: from 29 April to 1 May it will hold its third translation conference, 'Translation in and of the World', in Qatar Education City, in partnership with the British Council and the Translation and Interpreting Institute (the latter is a new initiative of the Qatar Foundation).

The Syrian novelist Rafik Schami, who lives in Germany and writes in German, has turned his wish to help emerging Arab writers into the founding of Swallow Editions, a non-profit venture to publish Arabic fiction in English translation. The imprint was launched in London last October with publication of its first title: Syrian writer Fadi Azzam's novel Sarmada, translated by Adam Talib. The Arabic original of the novel was longlisted for IPAF 2012.

Swallow Editions is hosted by London-based Arabia Books, an imprint of Haus Publishing that specialises in Arabic fiction translated into English. Barbara Schwepcke, the founder of Haus, said at the launch of Swallow Editions that it will publish the work of "passionate, powerful and politicised" emerging Arab voices.

Effects of the world economic crisis

The developments in Arabic-to-English literary translation this century have been impressive, but the global economic downturn is leading arts funding bodies to cut their budgets. Some UK-based publishers of translated Arabic fiction have for example recently suffered Arts Council cuts. 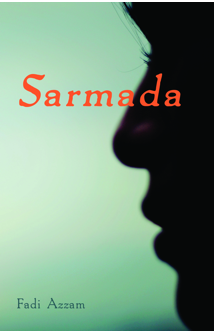 ​​A report prepared by Literature across Frontiers (LAF) examines both the increase in Arabic literary translation, and current and future challenges. The report highlights continuing need for subsidies and funding, whether private or public, for Arabic translation and publishing.

The report's authors, LAF director Alexandra Büchler and Arabic literary translator Alice Guthrie, presented the report some weeks ago at the Free Word Centre in London. Büchler explained that the report "examines the entire context within which translation happens: so we are not only looking at the publishing of books, but also at issues ranging from the training of translators and status of translators to the area of, for instance, presenting literature live in events such as festivals. We are trying to interrelate all these ways of presenting literature."

The report was discussed by a panel which included two Arabic-English translators, Dr Peter Clark and Professor Marilyn Booth, and two publishing representatives: Ashley Biles – head of sales and marketing of Saqi Books – and Harry Hall, director of Arabia Books and Swallow Editions. The publishing representatives stressed the harsh market realities with which they have to deal, particularly for translated fiction.

Noting that the report's cut-off point is 2010, Büchler said it will be "very interesting to update the report in a few years and see what has happened as a result of the Arab Spring."

Home
Print
Newsletter
More on this topic
Publication of Arab Literature in English: Change of ParadigmLibyan Writers in Exile: Active in Support of the Uprising''Translating Libya'': Non-Political Stories of Love and Hardship
Related Topics
All Topics

Comments for this article: Raising the Profile

Every once in a while some article like this comes along extolling the wonders of translation of Arab fiction, but notably missing in any of them, including this one, are the translators themselves. Oh, there is always the obligatory mention of the richly deserving Denys Johnson-Davies, and true, at the end of this piece we learn that Marilyn Booth is a translator, hearing a few disembodied voices of one or two isolated translators along the way, but never anything about their work or what they have translated. There is never a word about another Davies, the immensely prolific Humphrey Davies - who has translated the best selling work of Arab fiction ever, Emarat Yacoubian of Alaa al-Aswany, and is himself a keen-eyed spotter of new talent. Nor have we heard of his colleague Raymond Stock, who has single-handed translated into English more of the works of Naguib Mahfouz than any other translator living or dead. All of them laboring for decades for very little remuneration and with almost no recognition, motivated purely by their love of the works themselves.. Were it not for the dedication and talent of translators like these, there would be nothing to write about. Reportage about the translation of the works of Arabic fiction (or non-fiction, a neglected genre) should be about the translation. This article is more about the source language writers than it is about the translation of their works into any other language or their translators.

This piece also speaks somewhat about the publishers of Arabic fiction in translation, even making an offhand comment about "harsh market realities with which they have to deal, particularly for translated fiction" without ever mentioning that publisher with the largest catalogue of translations of Arabic fiction into English firmly commitment to publishing Arab works in translation and the release of new voices: the American University in Cairo Press.

END_OF_DOCUMENT_TOKEN_TO_BE_REPLACED
Social media
and networks
Subscribe to our
newsletter