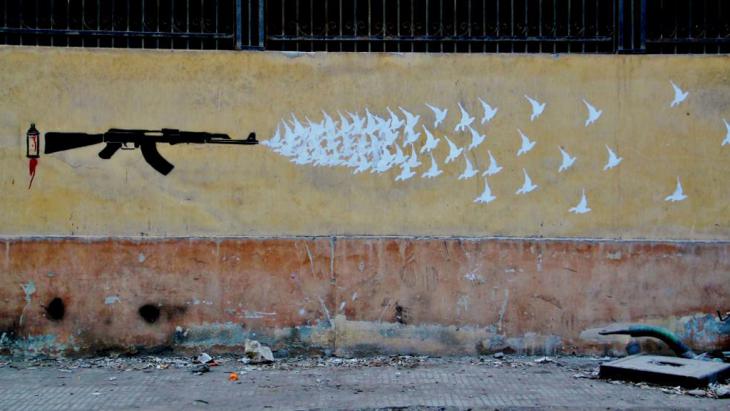 Egypt's Al-Fann Midan (Art is a Public Square) festival, which took place for the first time in April 2011, was one of the most vibrant post-revolutionary spaces for public art in Egypt. But four years after millions of Egyptians took to the streets, the popular festival has disappeared. Marcia Lynx Qualey takes a closer look at the link between art and revolution in Egypt and the Arab world in 2015

The monthly Al-Fann Midan festival was launched soon after the Tunisian and Egyptian uprisings began in December 2010 and January 2011. For three years, the vibrant, volunteer-run outdoor festival was tolerated by authorities and even received intermittent funding from Egypt's Culture Ministry. It was a watershed not just for the character of its art, but for its private-run, public-facing nature: each month, it staged free events in a different public square somewhere in Egypt. Along with the graffiti on Cairo's downtown walls, it was seen as a high point of ongoing cultural performance and debate in the country.

Festival events included pieces by rising theatre star Laila Soliman, poetry by Zein El-Abdeen Fouad, and art exhibitions by Mohamed Abla. Novelist Basma Abdel Aziz's latest book, "Memory of Oppression, a Study of the Torture System", was set to be released at the festival last September, but the September 2014 event was closed down by authorities, who cited "paperwork problems". The festival has not returned, and while there has been intermittent talk about bringing it back, an article in "Raseef 22" suggests that, at present, it is just not possible.

The problems facing art in Egyptian public spaces don't plague just Al-Fann Midan. Graffiti, another barometer of public art, "has lost momentum," wrote Mona Abaza in the online magazine "Jadaliyya" this January. The setbacks experienced by this artform, wrote Abaza, "run parallel with the political process of restoring 'order' in the street."

The shifting relationship between revolution and literature 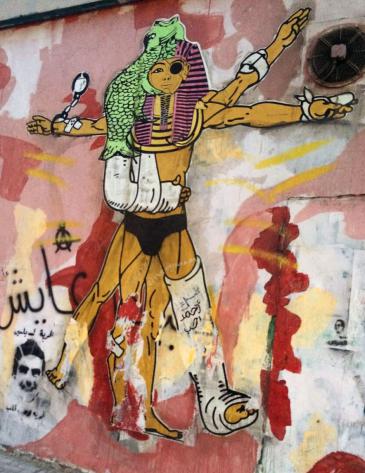 Graffiti: barometer of public art. According to Mona Abaza, graffiti "has lost momentum". The art form's setbacks, she wrote in January, "run parallel with the political process of restoring 'order' in the street"

This restoration of "order" has reached beyond the streets, into libraries and bookshops. Confiscations and bannings have dogged Egyptian writers and publishers, if on a relatively small scale. The majority of these have targeted purportedly Islamist books, but a hefty art book about Egypt's graffiti scene, "Walls of Freedom", was also confiscated by authorities in February 2015, after having sat with customs officials since the previous July.

Back in February, the newspaper "Al-Masry Al-Youm" quoted Finance Ministry undersecretary Ahmed al-Sayyad as saying that "Walls of Freedom" "instigates revolt". In a recent joint statement, Egyptian publisher Dar al-Tanweer and the book's German publisher, From Here to Fame, said that they hadn't seen any paperwork on why the book was still being held.

This narrowing of the public space comes at a time when theatre and literature have, in some ways, deepened and complicated their engagement with the idea of "revolution".

Popular poetry and theatre were a large part of political expression in the 2011–2013 period. Some of the poems that found their way into chants and public squares were pulled from the archives, like Tunisian poet Abu al-Qassim al-Shabbi's (1909–1934) "Will to Life". Others, like Mostafa Ibrahim's popular collection "Manifesto" (2013), were written in the revolutionary heat.

This heat wasn't just limited to poetry: numerous novels and memoirs also documented or engaged with revolution. The 2013 International Prize for Arabic Fiction (IPAF) judges' chair Galal Amin, who read more than a hundred of the previous year's novels, said that books about events across the region were rife. Many of these novels neglected language and character in favour of engaging the polemics of the moment.

But Arabic novels have now largely moved away from immediate events and towards a broader analysis; many look to the past as a way of examining the present and future. Tunisian novelist Shukri al-Mabkhout's 2015 IPAF-winning historical novel, "The Italian", was written, he said, as a way of grappling with the country's post-revolutionary "ghosts".

Theatre projects have also shifted their engagement with politics. In the months directly after the uprisings, there were a number of instant documentary-theatre projects, such as the popular "Tahrir Monologues". Playwright Laila Soliman produced the controversial "No Time for Art" and "Lessons in Revolting" (2011). But, more recently, Soliman has brought out an acclaimed, layered work, "Whims of Freedom" (2014), which explores "one revolution in light of another." The play, which has been staged in Egypt and Europe, engages the current moment by looking back at Egypt's 1919 revolution. 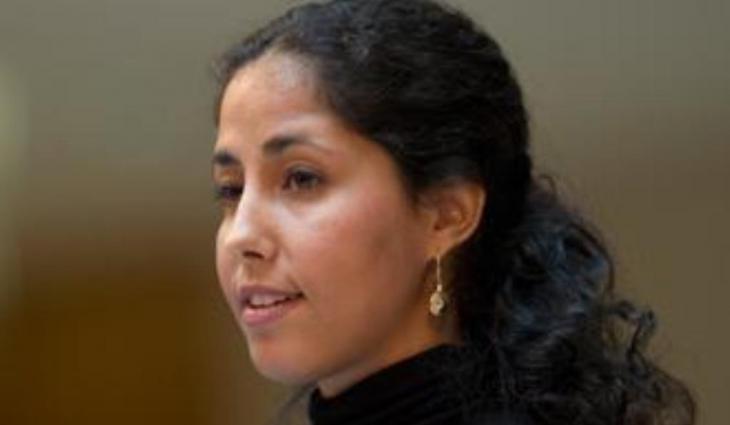 Laila Soliman produced an acclaimed work entitled "Whims of Freedom" (2014), which explores "one revolution in light of another." The play engages the current moment by looking back at Egypt's 1919 revolution and has been perfomed in Europe and Egypt

Artists have also developed different literary and theatrical tools for looking at the meaning of "revolution". Egyptian-American poet Amira Hanafi multiplied her perspective on events through a multi-vocal "Dictionary of the Revolution", which is set for publication later this year. For the book project, Hanafi and others interviewed people across Egypt about how they defined different terms, including "revolution" and "social justice".

Theatre has also continued to examine the meaning of "revolution", with a turn towards what it means for the individual. Earlier this year, Egyptian academic and theatre artist Nesreen Hussein took a scholarly essay, "My City, My Revolution", and turned it into a performance piece staged in London. She also hopes to bring the work to Cairo.

Meanwhile, the state is also throwing itself into the ring with "revolutionary" theatre. After a four-year hiatus, the state-run Cairo International Festival for Contemporary and Experimental Theatre is set to return in November and December of this year. Whether it manages to co-opt theatre that might otherwise challenge official narratives – or whether those parts of the theatre community remain independent – remains to be seen.

Home
Print
Newsletter
More on this topic
Interview with the Egyptian theatre director Laila Soliman: Revolutions past and presentPhoto gallery: "Walls of Freedom"Tawfiq al-Hakim's "The Revolt of the Young": A revolutionary manual for older generationsInterview with the Egyptian theatre director Ahmed el-Attar: "Art changes thought in the long term"Interview with the Syrian artist Diala Brisly: Art is a luxury in SyriaGraffiti in Tunisia: A weapon for civil resistance
Related Topics
Arab Spring, Arabellion, Arabic literature, Art, Egypt Revolution 2011, Graffiti, Performing arts, Theatre in the Arab world, Visual arts
All Topics

Welcome to the world of Al Qasar, where Arabic music collides head-on with punk and psychedelic to create something powerful and beautiful. "Who Are We" is a raucous, subversive ... END_OF_DOCUMENT_TOKEN_TO_BE_REPLACED

Egyptian authorities have Mada Masr in their sights once again after critical reporting. But the editor of the country's last independent news source is adamant they will continue ... END_OF_DOCUMENT_TOKEN_TO_BE_REPLACED

Like Christianity, Europe's history is one of migration. Both have strong roots in the Orient and in cultures thousands of years old. Cultural historian Bernhard Braun invites us ... END_OF_DOCUMENT_TOKEN_TO_BE_REPLACED

When she ascended the throne, millions of Muslims still lived under British rule. Later, Elizabeth II appealed for tolerance in a multi-religious society. She was the first ... END_OF_DOCUMENT_TOKEN_TO_BE_REPLACED

END_OF_DOCUMENT_TOKEN_TO_BE_REPLACED
Social media
and networks
Subscribe to our
newsletter