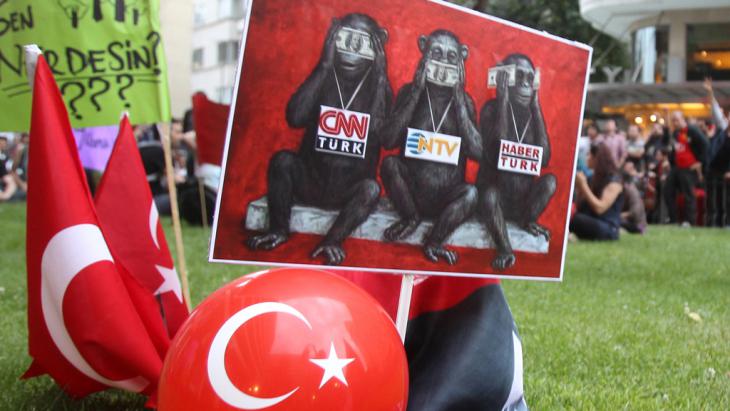 Turkey welcomes private investors in the fields of art and culture, but artists feel oppressed by the government. Beyond censorship and commercial speculation, an alternative art scene offers some hope. Ceyda Nurtsch presents them.

The international art fair "Contemporary Istanbul" is a yearly highlight on Turkey's cultural agenda. The event, which takes place every November, serves as a barometer of the latest developments in the art scene. More than half of the hundred exhibitors come from abroad, some of them from the US and Russia; the most important actors of the international art market have not participated yet.

Turkey's wealthy families, such as the Eczacibasis or the Tahincioglus, have a strong influence on the country's art scene. They own many collections and museums, such as the Rahmi M. Koc Museum of Transport, Industry and Communications. Lately, these families have created foundations and invested important sums in the restoration of old industrial sites to transform them into cultural centers.

Private banks have also developed an interest in investing in the cultural sector, organizing music festivals or publishing books.

Behind the scenes, this "cultural boom" looks a lot different. "Everything has been stagnating for the last few years," says the urban sociologist Ayca Ince. She relates this to the fact that Turkey has not developed a tradition of cultural policy. The neoliberal Justice and Development Party (AKP), which has been ruling Turkey for the last 12 years, has not contributed much to it either.

Before winning the elections in 2002, the party campaigned with promises of democratization and cultural pluralism, which explains why many intellectuals, liberals and artists were among its supporters. They hoped the AKP would lead to a liberalization of the cultural sector, too. 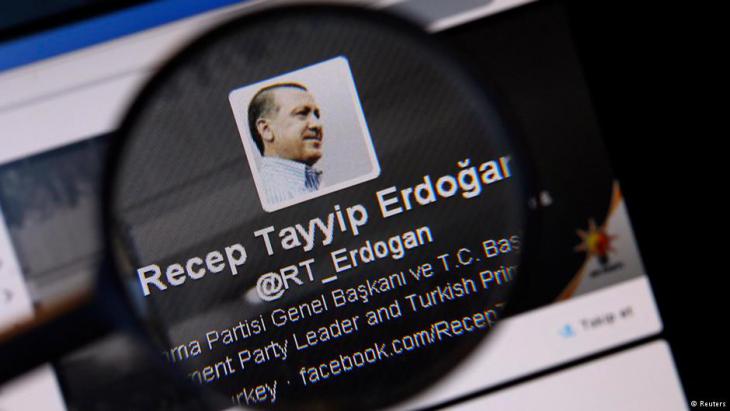 In March 2014, Erdogan blocked Twitter as it was used to accuse him and his family of corruption

The government's interpretation of culture turned out to be different. The brutal repression of the Gezi Park protesters in 2013 broke the last illusions that the AKP could bring about positive change. Initial demonstrations against the government's plans to build a shopping center near Gezi Park led to larger protests taking on wider issues of freedoms of the press, of expression and of assembly.

Erdogan's party is involved in local social politics. The AKP, holding Istanbul's mayoral office since 1994, has contributed to the improvement of some infrastructures. New museums usually highlight the country's Islamic heritage, as in the case of the Panorama 1453 history museum, which shows the conquest of Istanbul by the Ottomans. No public funding is given to contemporary art. The same goes for concert halls: Istanbul was a European Capital of Culture in 2010, but does not even have a running opera.

Sociologist Ince is also disappointed by the cultural centers which were recently built throughout the country. "We can see today that the AKP's aim was not to establish cultural centers, but rather to stimulate the construction industry," she says. According to Erdogan's vision, Istanbul should become a leading financial center by 2023, the year of the Republic's 100th anniversary.

Censorship has also taken on a new dimension under the AKP. "Cultural policy is being standardized to fit the views of the government,” says Ayca Ince. Instead of precisely defining its conservative values, the government determines arbitrarily which works insult the Prophet or the President. Self-censorship has increased as a result.

In 2014, the direction of the Antalya Golden Orange Film Festival, the most important film festival in Turkey, decided to remove a documentary about the Gezi protests from the competition out of fear it would insult Erdogan. Many of the competing documentary filmmakers decided not to show their film in solidarity. Jury members resigned, too, so the competition had to be cancelled. 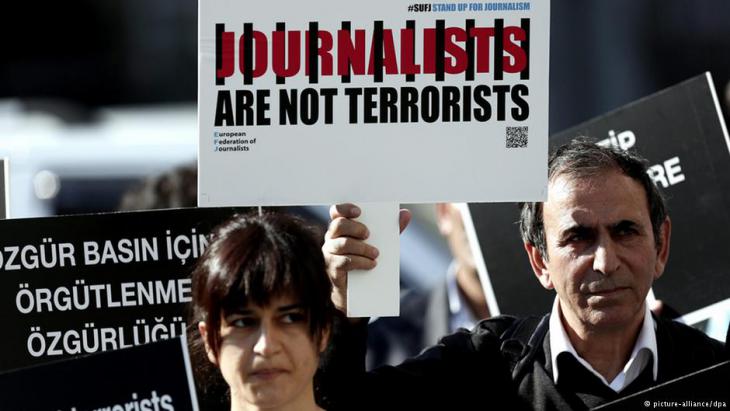 Restraints on freedom of speech have affected not only artists, but also journalists

The media landscape had also been affected by censorship and self-censorship. The 2014 World Press Freedom Index ranks Turkey 154th out of 180 countries. Critics are regularly silenced by bans on social media and the variable interpretation of the Turkish Penal Code.

This became especially clear during the Gezi Park protests. The country's mainstream media either ignored the protests or presented them in a defamatory way. This led to a broader discussion about freedom of expression in Turkey.

Some of the themes which used to be taboo in Turkey may now be covered, such as Kurds and Armenians. Official historical accounts are being questioned more openly. There are nevertheless 22 journalists in Turkish prisons - most of them are Kurds.

Bahar Cuhadar is a theater critic for the daily newspaper "Radikal." She knows of numerous cases in which the Ministry of Culture has directly intervened in the content of films and plays shown in public theaters. "Pressure is applied by cutting salaries or calling off presentations," says Cuhadar.

These last few years, an independent theater scene has been emerging in Istanbul. Cuhadar sees this optimistically: "Censorship makes people more creative, through both their storytelling and their language. Irony is the key."

These small independent theaters question the authority of the state through their plays. "And now, renowned actors are playing in these theaters too," Cuhadar proudly reports.

It can only be hoped that the freedom-striving spirit which appeared on the streets of Istanbul during the Gezi protests will survive censorship and commercial speculation.

The author, Ceyda Nurtsch, has a PhD in Turkish literature and works as a freelance journalist in Berlin and Istanbul. She regularly reports for DW on cultural and political topics in Turkey. Her article is the first in a series focusing on the current cultural scene in different countries. Developed in collaboration with the magazine "Politik und Kultur," the films of the series "Art of Freedom. Freedom of Art,” can be watched on DW's culture program, Arts.21.

Home
Print
Newsletter
More on this topic
A literary anthology of the Gezi protests: Gezi lives!"Open Forums" in Turkey: New Forms of ParticipationCulture in Turkey before and after Gezi: The end of Cool IstanbulQantara-Topic: Media in Turkey
Related Topics
Art, Freedom of the press, Justice and Development party (Turkey), Media in Turkey, Recep Tayyip Erdogan, Turkish literature, Turkish opposition
All Topics

Relations between Turkey and Russia are ambivalent. Moscow is nonetheless trying to prop up the leadership in Ankara. Elections are to be held in Turkey in June – and the last ... END_OF_DOCUMENT_TOKEN_TO_BE_REPLACED

All eyes in Turkey are on a court hearing scheduled for January 30 into a child abuse case that allegedly occurred with the knowledge of one of Istanbul's most powerful Islamic ... END_OF_DOCUMENT_TOKEN_TO_BE_REPLACED

Any reconciliation between Turkey and Syria’s Assad regime would have disastrous consequences for many Syrians, explains Syria expert Kristin Helberg END_OF_DOCUMENT_TOKEN_TO_BE_REPLACED

The poetry of Pir Sultan once prompted uprisings in the Ottoman Empire. To this day, Alevis identify with him. Rainer Hermann visited Mehmet Celebi, a direct descendant of the ... END_OF_DOCUMENT_TOKEN_TO_BE_REPLACED

There are signs of an imminent normalisation of relations between Turkey and Syria. This would allow Erdogan to score political points domestically before the upcoming elections ... END_OF_DOCUMENT_TOKEN_TO_BE_REPLACED

Turkey will mark the centenary of the proclamation of the Turkish republic in October. But 2023 will be an important year in another respect too: Turks will go to the polls in ... END_OF_DOCUMENT_TOKEN_TO_BE_REPLACED

Comments for this article: Artists against Erdogan's censorship

Simple man we going to make it

END_OF_DOCUMENT_TOKEN_TO_BE_REPLACED
Social media
and networks
Subscribe to our
newsletter