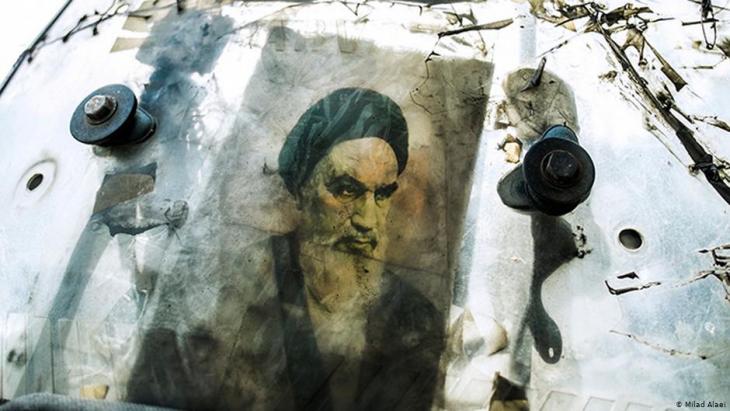 Recently the British National Archives released the correspondence of former high-ranking British diplomats posted to Iran in the early eighties. The letters indicate that the United Kingdom put its weight behind crushing the Iranian opposition Tudeh party in the aftermath of the Islamic Revolution. By Iman Aslani

What sealed the fate of the Tudeh Party, the largest and best organised Iranian opposition party at the time of the 1979 Islamic Revolution? Founded in the 1940s, the Communist Party supported the Islamic Republic and remained largely unchecked until 1983, while other opposition groups and parties were destroyed by the new rulers.

By the winter of 1983, however, the time had come for the Tudeh Party as well: the Islamic regime arrested more than 1,000 of its members and up to 200 are said to have been executed. The party was banned and thus forced underground. Persecution of the communists spiked with the "confession" of Tudeh General Secretary Noureddin Kianouri on television in spring 1983, when he admitted that the party had acted against the interests of the Iranian people and spied for the Soviet Union.

According to the South African Internet newspaper Daily Maverick, the information provided by Soviet KGB Major Vladimir Kuzichkin, who defected to Great Britain in 1982, played a central role in the destruction of the party and the execution of its functionaries.

The British secret service MI6 compiled a list from Kuzichkin's information, writes the Daily Maverick in its report published on 21 January 2020. The list included the names of Iranians who were allegedly working for the Soviet Union at the time. Kuzichkin is said to have been responsible for contacts with the Tudeh party in the USSR. His list ended up not only with the American secret service CIA, but also with those in power in Tehran.

Settling accounts with a hated political rival: in the winter of 1983, the Islamic regime arrested more than 1,000 members of the Tudeh party and up to 200 are said to have been executed. The party was banned and thus forced underground. Persecution of the communists spiked with the "confession" of Tudeh General Secretary Noureddin Kianouri on television in spring 1983, when he admitted that the party had acted against the interests of the Iranian people and spied for the Soviet Union

Based on the recently released confidential correspondence of two high-ranking British diplomats – Nicholas Barrington and Chris Rundle – Daily Maverick describes the goal the British government was pursuing at the time. It quotes from the memoirs of Nicholas Barrington. At the time, he was head of the department for British interests in Tehran, which operated out of the Swedish embassy, as Iran and the United Kingdom had completely suspended diplomatic relations.

According to Barrington's memoirs, Kuzichkin's information simply "found its way" to the authorities of the Islamic Republic. No further details are given. The Daily Maverick writes that it was presumably the then British Prime Minister Margaret Thatcher, British Foreign Secretary Francis Pym and the then head of MI6, Colin Figures, who authorised the collaboration with the CIA to pass Kuzichkin's information to the Iranian regime.

The documents suggest that British policy at the time was more in tune with the new Iranian rulers than with the geopolitics of the Cold War or Soviet influence in Iran, writes Daily Maverick. According to the Daily Maverick, by spring 1983 at the latest, Barrington, other British officials and the British Foreign Office were aware that the Islamic Republic was using repression, torture and forced confessions. Chris Rundle, a senior British official in Tehran, informed the British Foreign Office in June 1983 of the mass arrests of Tudeh members and the impending executions.

"No evidence could be found in the 1983 files that British officials had done anything other than accept this severe repression," the South African Internet newspaper continues. The Barrington papers make clear that other European ambassadors were also of the opinion that the lines to Iran should remain open. Barrington also mentioned in his memoirs that "there was money to be made in Iran": "an important part of our work was maintaining British commercial links with Iran and promoting exports," the Daily Maverick quotes him. 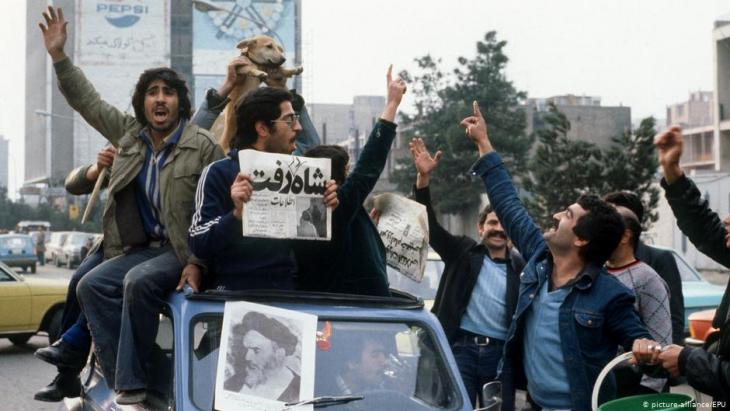 "The Shah is gone" – or how allies became enemies: the Tudeh Party and the followers of the "Islamic Republican Party" (IRP) were once united in their common resistance against the Shah's regime. In 1983, however, the Islamist leadership launched a strike against the Tudeh

The South African Internet newspaper also published a confidential document from May 1983 in which Oliver Miles, then head of the Middle East and North Africa Office at the British Foreign Office, commented on the "confessions" of Tudeh officials broadcast on Iranian television. In his view, these could be useful for Britain: "there could well be references to friendly parties in other countries which we might be able to make use of," such as the Tudeh party's relations with the Communist Party in Syria, Miles said. There might also be references to Libya and Algeria.

No worries about the Soviet Union's influence in Iran

According to the Daily Maverick, it is not clear from the documents whether Great Britain was concerned at the time about the Soviet Union's influence in Iran. Their "support" for the destruction of the Tudeh party was therefore not an episode of the Cold War.

The Islamic Republic had been relentlessly opposed to communism, the Internet newspaper writes. The arming of Iraq by Moscow during the Iraq-Iran War (1980-1988) was another point of contention between the two countries, as was the Soviet invasion of Afghanistan in 1979, which led to millions of Afghans fleeing to Iran.

The Soviets, in turn, had no interest in working to preserve the Tudeh Party. Daily Maverick quotes Barrington's letter to London in July 1982 – when KGB Major Kuzichkin was already in Britain. Moscow was prepared to give up the Tudeh Party, the diplomat wrote.

In May 1983, in a letter to the British Foreign Office, Barrington described the crushing of the Tudeh Party in Iran as " a major landmark has been reached in Soviet/Iranian relations and perhaps also in the history of Communist parties overseas," according to Daily Maverick.

Home
Print
Newsletter
More on this topic
The summer of 1988: A dark chapter in Iranian historyBerlinale 2019: "Born in Evin": Confronting a very personal traumaInterview with Iranian dissident Abolhassan Banisadr: Selling the revolution on
Related Topics
Ayatollah Ruhollah Khomeini, History of the Near and Middle East, Iranian opposition, Islam and the West, Islamic Revolution of Iran
All Topics

The USA and NATO plan to withdraw from Afghanistan by September. The operation is risky, the outcome uncertain. Many Afghans fear civil war. The quake on the Hindu Kush will also ... END_OF_DOCUMENT_TOKEN_TO_BE_REPLACED

The Prophet Muhammad never executed anyone for apostasy, nor encouraged his followers to do so. Nor is criminalising sacrilege based on Islam’s main sacred text, the Koran. In ... END_OF_DOCUMENT_TOKEN_TO_BE_REPLACED

Surging coronavirus cases in many parts of the world have overshadowed the start of this year's Muslim holy month of Ramadan, with festivities once again curtailed by contagion ... END_OF_DOCUMENT_TOKEN_TO_BE_REPLACED

German Middle East analyst Guido Steinberg and television journalist Ulrich Tilgner have both published new books on the conflicts in the Middle East. Their analyses and their ... END_OF_DOCUMENT_TOKEN_TO_BE_REPLACED

On 27 March, Iran and China signed a 25-year accord intended to foster "strategic co-operation". Despite ongoing uncertainty over the deal's actual scope, content and chances of ... END_OF_DOCUMENT_TOKEN_TO_BE_REPLACED

Researchers agree that climate change alone cannot be blamed for the outbreak of war in Syria in 2011. However, neither can it be ignored as a reason this once blossoming country ... END_OF_DOCUMENT_TOKEN_TO_BE_REPLACED
Author:
Iman Aslani
Date:
Mail:
Send via mail

END_OF_DOCUMENT_TOKEN_TO_BE_REPLACED
Social media
and networks
Subscribe to our
newsletter