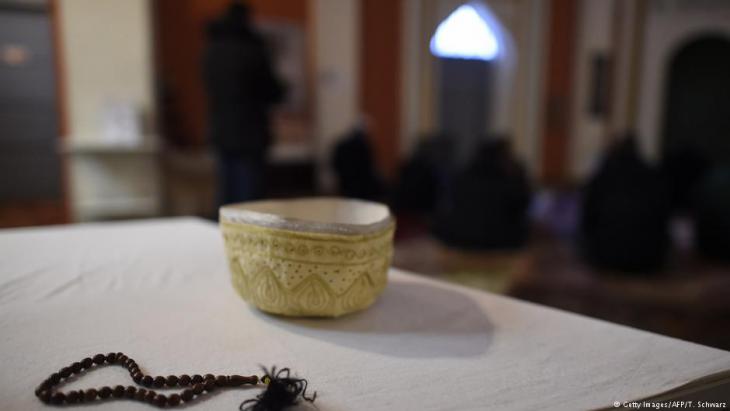 Atheism in the Arab World
The dictators' scourge: Of 'heresy' and humanists

Posing as guardians of the faith, many Arabic regimes abuse their religious power in order to compensate for their states′ lack of democratic legitimacy. Hardly surprising, then, that they regard as atheism as an existential danger. Essay by Brian Whitaker

Religious disbelief is viewed with alarm in most Arab countries. Two government ministries in Egypt have been ordered to produce a national plan to ″confront and eliminate″ atheism. In Saudi Arabia, the most recent anti-terrorism law classifies ″calling for atheist thought″ as a terrorist offence.

This hounding of non-believers might seem especially strange at a time when concerns are high about those who kill in the name of religion, but Arab societies have a general aversion to nonconformity and the regimes that rule them often promote an official version of Islam that suits their political needs. Thus both jihadism and atheism – though very different in character – are viewed as forms of social or political deviance, with fears raised in the Arab media that those who reject God and religion will bring chaos and immorality if their ideas gain a foothold.

In six Arab countries – Kuwait, Qatar, Saudi Arabia, Sudan, the United Arab Emirates and Yemen – apostasy is punishable by death. There have been no executions in recent years, but people deemed to have “insulted” religion, often in trivial ways, can face long prison sentences.

In Egypt, where the military chief Abdul Fattah el-Sisi seized power in 2013, ousting an Islamist president, the new regime has been simultaneously cracking down on the Muslim Brotherhood, suspected religious extremists and atheists. Among other things, a café in Cairo which was allegedly frequented by atheists has been shut down and a college librarian who talked about humanism in a TV programme is facing dismissal from his job and may go on trial for ″promoting atheistic ideas″. 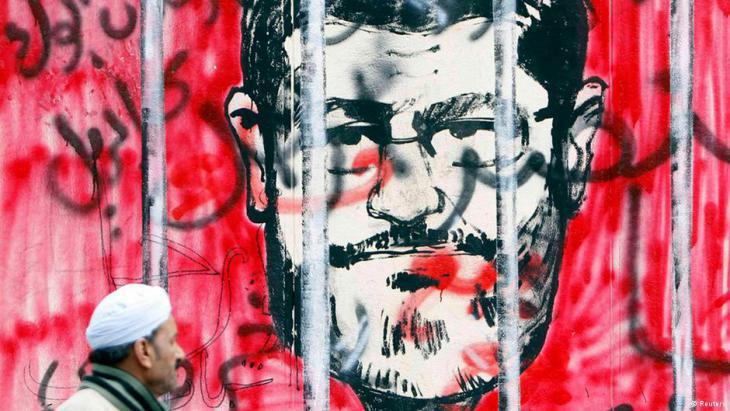 Atheists and Muslim Brothers – ever the scapegoats: the emergence of an ″atheist threat″ in Egypt played into the hands of the regime′s political communications strategy. This development is officially presented as the sorry outcome following twelve months of being governed by the Muslim Brotherhood under Mohammed Morsi

Arab atheists are becoming more visible, largely due to social media. There is also a perception that their numbers are growing. In 2012 a poll by WIN/Gallup International that looked at religion in 57 countries caused particular alarm in Saudi Arabia, which, as the birthplace of Islam, claims to be the holiest of the Arab countries. Of those interviewed there, 19 percent said they were not religious and 5 percent described themselves as convinced atheists.

In Egypt, the emergence of an atheist ″menace″ fits the government’s political narrative. It is presented as an unfortunate result of 12 months’ misrule by the Muslim Brotherhood.

In a similar vein, some analysts have suggested that IS, while attracting some Muslims to fight, is driving others away from Islam. There is very little evidence to support such theories. Atheists, after all, disagree with religion in general, not simply with the more outlandish forms of it. The problematic aspects of Islam, as expressed by those who leave the faith, tend to be rather different from those highlighted in western media.

Alaa Abd el-Fattah, arguably Egypt’s most prominent democracy activist, has just been handed another lengthy prison sentence. Despite this, a book of his writing has recently been ... END_OF_DOCUMENT_TOKEN_TO_BE_REPLACED

People in Arab countries have been talking more openly about sex and sexuality for some time now, especially on social media. And for the first time ever, they have the vocabulary ... END_OF_DOCUMENT_TOKEN_TO_BE_REPLACED

A prominent rights group in Egypt, the Arabic Network for Human Rights, is ending operations just as the country braces for a controversial NGO law. Is this the beginning of the ... END_OF_DOCUMENT_TOKEN_TO_BE_REPLACED

Moncef Marzouki was Tunisia's first democratically elected president after the fall of dictator Ben Ali. Today he is the most prominent critic of increasingly counter- ... END_OF_DOCUMENT_TOKEN_TO_BE_REPLACED

Asef Bayat, professor of Sociology at the University of Illinois, Urbana-Champaign, has been studying revolutions and how they affect people since 1979. In his recent book, " ... END_OF_DOCUMENT_TOKEN_TO_BE_REPLACED

Every year in December, the team at Qantara.de takes a look back at the articles that proved most popular with our readers. This year is no different. Here is a run-down of the ... END_OF_DOCUMENT_TOKEN_TO_BE_REPLACED
Author:
Brian Whitaker
Date:
Mail:
Send via mail

END_OF_DOCUMENT_TOKEN_TO_BE_REPLACED
Social media
and networks
Subscribe to our
newsletter