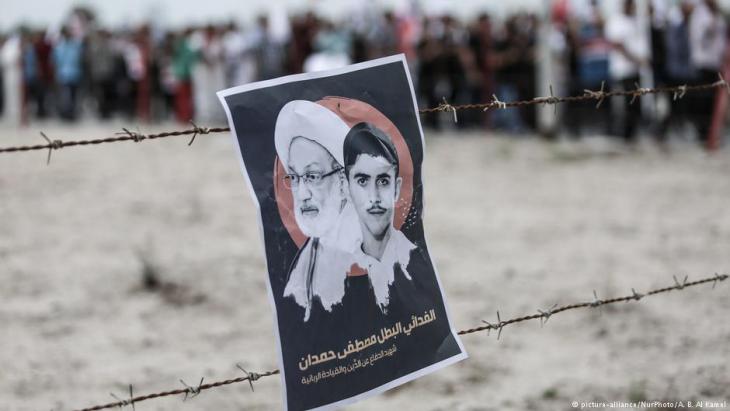 The outright militarisation of the security apparatus has infected more and more sectors of Bahraini society. In fact, it's now even been written into the country′s constitution. Report by Husain Abdulla

Six years ago, New York Times journalist Nicholas Kristof described his experience of being detained during the aftermath of Bahrain′s Arab Spring protests as a glimpse ″through a haze of tear gas, [at] hints of a police state.″

Kristof explained how even medical personnel like Dr. Ali al-Ekri – momentarily at liberty but facing lengthy imprisonment – were tortured and prosecuted for treating injured demonstrators. Noting that if it were Syria or Iran perpetrating such abuses ″the White House would thunder with indignation,″ Kristof implored the U.S. to condemn just as strongly the repression of allies like Bahrain. Unfortunately, he could have written those same words yesterday.

But that′s not to say nothing′s changed. Since 2011, the ″hints of a police state″ have metastasised. While Dr. al-Ekri endured five years in prison, his profession – healthcare – has come under the direct control of the military. Police now run the ambulance service.

The incessant expansion of the security apparatus – or outright militarisation – has infected more and more sectors of Bahraini society. In fact, it′s now been written into the country′s constitution itself.

On 3 April 2017, Bahrain′s king confirmed a constitutional amendment that had long been in the making, already approved by both houses of the kingdom′s rubberstamp parliament: military courts can now try civilians ″accused of threatening the security of the state.″ 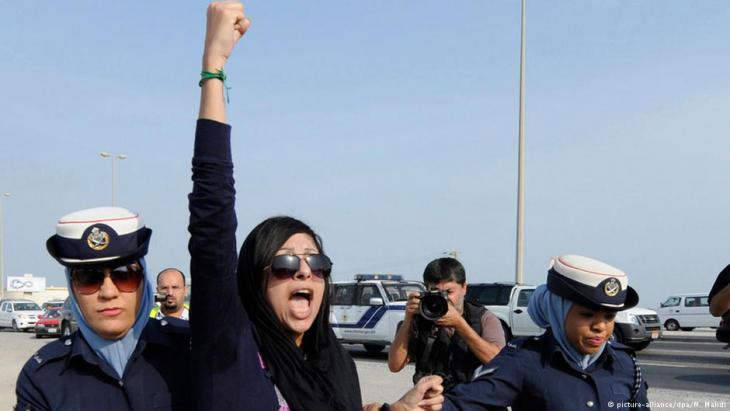 Freedom of expression severely curtailed: in December 2014, Al-Khawaja was sentenced to three years in prison for tearing up a picture of King Hamad. At the time, Amnesty's Middle East and North Africa Deputy Director Said Boumedouha commented that tearing up a photo of the head of state should not be a criminal offence. In June 2015, the sentence was increased to more than five years. Coming under pressure during U.S. Secretary of State John Kerry's visit to Bahrain in April 2016, Bahraini Foreign Minister Sheikh Khalid bin Ahmed Al Khalifa said Zeinab al-Khawaja would be freed, an event which finally took place on 31 May 2016

Previously, the 2002 constitution barred military courts from hearing cases against civilians unless the king had declared martial law or a State of National Safety. This is what took place in 2011, when the government established military tribunals to expedite the conviction of protestors, human rights defenders, doctors and politicians.

By the end – after a masterclass in authoritarian judicial theatre replete with forced testimony and boxes of unsealed, unregistered evidence – hundreds were imprisoned on charges stemming from free expression, association and assembly. The kangaroo courts were so blatant in their violations of due process that the U.S.-hailed Bahrain Independent Commission of Inquiry (BICI) urged the government to order immediate reviews by civilian judges and ultimately commute all convictions ″where fundamental principles of fair trial were not respected″ and ″for offences involving political expression.″A year later, at its second-cycle UN Universal Periodic Review of Human Rights, Bahrain accepted numerous recommendations from other states reiterating these proposals, including one from Ireland calling for the express prohibition of ″civilians being tried in military courts in the future.″

The catastrophic human rights situation in Bahrain is being largely ignored by the rest of the world. Despite all the damning evidence, which includes a Human Rights Watch report ... END_OF_DOCUMENT_TOKEN_TO_BE_REPLACED

Germany's foreign policy is explicitly values-based. But what happens, Ralf Bosen asks, when democracy, the rule of law and human rights collide with the logic of trade and ... END_OF_DOCUMENT_TOKEN_TO_BE_REPLACED

The rollout of coronavirus vaccines in the Middle East and North Africa is already taking place on a massive scale, with the United Arab Emirates leading the way. Nevertheless, ... END_OF_DOCUMENT_TOKEN_TO_BE_REPLACED

German Middle East analyst Guido Steinberg and television journalist Ulrich Tilgner have both published new books on the conflicts in the Middle East. Their analyses and their ... END_OF_DOCUMENT_TOKEN_TO_BE_REPLACED

Saudi Arabia and its allies have agreed to set aside their differences with Qatar at a summit meeting of the Gulf Cooperation Council. The restoration of diplomatic relations ... END_OF_DOCUMENT_TOKEN_TO_BE_REPLACED
Author:
Husain Abdulla
Date:
Mail:
Send via mail

END_OF_DOCUMENT_TOKEN_TO_BE_REPLACED
Social media
and networks
Subscribe to our
newsletter