Many women who seek refuge in "Beit Hawa" are traumatised and need professional help, but the autonomous project is under constant threat of closure due to funding shortages. Jürgen Stryjak visited the women's refuge near Cairo 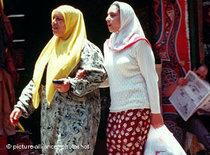 Violence against women is not unusual in Egypt, yet Beit Hawa is still the only refuge of its kind in the country.

​​A rusty old minibus is the only way for women in need to get to Beit Hawa, the House of Eve. The autonomous women's shelter doesn't give its address over the telephone; no one should know its whereabouts, explains Dina from the independent Society for the Development and Promotion of Women.

When a woman needs protection from domestic violence, she says, her husband and family mustn't find out where she is. All the people working in the house are women; there are no men. Women who want to seek shelter in the house have to contact the society's head office in the Cairo district of Al-Manial, where they are registered and then taken to the house by minibus.

The House of Eve has six floors, says Dina. Any woman in need of shelter can have an apartment to herself or with her children. Two women sometimes make friends and choose to share a flat. Six of the twelve apartments are currently occupied.

The burgundy-painted house is situated in the countryside of the Qaliyubiyya Province, an hour's drive from Cairo. The building was made available by the provincial governor, and all running costs are covered by donations.

Nevertheless, the women's refuge has already had to close its doors for six months on one occasion since opening in 2006. This is an absolute catastrophe for women in dire need of protection. The house is the only shelter of this kind in the whole country. Although the state does operate seven women's refuges of its own, husbands and families have access to the women there, who also have to pay for the accommodation.

Only Beit Hawa, says Mona, who lives there with her three children, offers genuine protection: "The women's refuge is a safe place for me and my children," she adds. "At home with my husband there were only arguments and violence. And there was nothing to eat and drink. My husband didn't care if he insulted me or where we got our money from. It was up to me whether I had money or not."

At Beit Hawa, women get psychological and financial support, with counsellors helping them to find solutions and ways out of their situation. But the most important thing is that the women in Beit Hawa feel the backing of the house's community. 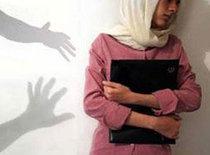 A taboo in society – domestic violence against women is part of Egypt’s sad reality.

​​One apartment has been converted into a community flat, says Amal, who has been working at Beit Hawa since it first opened. The women cook together here, watch television as a group, or play with their children. Many of the women had experienced things that have left them traumatised, she explains.

For many Egyptian men, their wife is more a housekeeper and mother for their children than a partner with equal rights. According to tradition, the husband's task is to feed the family and make all decisions. In modern life with its poverty and social problems, however, it is becoming increasingly difficult for men to play the role of breadwinner and decision-maker.

All too often, men pass on humiliations they suffer to the weaker members of the family – women and children. Violence in the family is now being increasingly addressed and also criticised in public, but it is still difficult to work against long-standing traditions.

Even worse, the wife is generally blamed for these conflicts, which can lead to the entire family using violence against her.

According to the refuge worker Amal, Egyptian society won't be able to solve the problem of violence overnight: "It's part of our culture, passed down the generations," she says. "If the woman says anything wrong she'll be beaten. The woman can never say ‘no'. If she does her husband will beat her instead of talking to her. We do the same with our children. It's a general problem and involves the same kind of violence."

For most Egyptians, violence is a problem that must be kept in the family. Women seeking help from strangers by moving into a women's refuge are viewed as a violation of the family's honour – another reason why there are so few institutions offering support and help for women.

So that they can't be accused of immoral behaviour elsewhere while seeking shelter at Beit Hawa, the refuge issues women with a certificate. This means they can prove that they were at the shelter if their husbands or families ask where they were.

The women in need of protection at Beit Hawa are Egyptian Muslims and Christians. There is no difference, says Amal, domestic violence happens in Muslim and Christian families alike. The forms to be filled out at the women's refuge don't even ask about religious affiliation.

Beit Hawa is often the last resort for Egyptian women in need, regardless of their origin or religious beliefs.

Sexual Harassment in Egypt
Trying to Lift the Veil of Silence
The number of sexual assaults in Egypt has shot up in recent times, especially in Cairo. Women's organisations are taking defensive measures, but the problem is deep-seated. Katharina Goetze reports from Cairo

Sexual Harassment in Arab Countries
It's Always the Woman's Fault!
Cairo has just played host to the first conference on the sexual harassment of women in the workplace. Nelly Youssef interviewed a Jordanian woman journalist and to the Director General of the Arab Labour Organisation on the issue

END_OF_DOCUMENT_TOKEN_TO_BE_REPLACED
Social media
and networks
Subscribe to our
newsletter