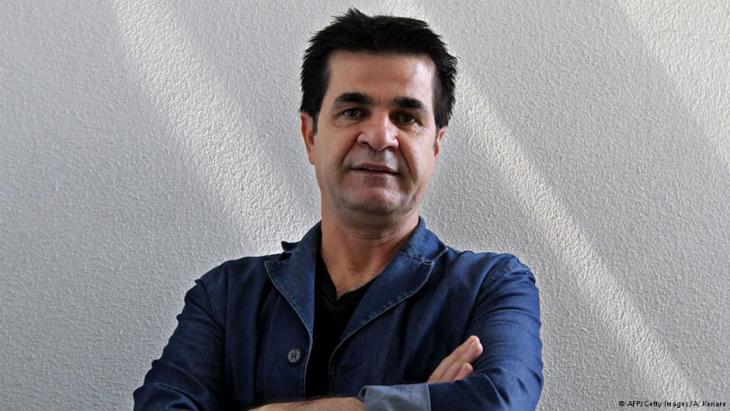 Jafar Panahi's "Taxi" truly deserves the Golden Bear it won at the Berlinale. For Jochen Kurten, the film's victory is more than just a political statement because "Taxi" takes the viewer on a journey through the Iranian capital and is full of warmth and humanity. The whole experience moved him deeply

Iranian cinema already has an established tradition of scenes filmed from a moving car. Abbas Kiarostami, who made Iranian cinema famous around the world, has often set his protagonists in cars. Just like the driver, the filmgoer could see the world passing by. Viewers saw what the actor in the film was seeing; they saw cities and landscapes, noticed little episodes in passing, saw people and their lives passing by. The car and the eyes of the viewers became one, a large moving camera. The film director shared his observations and his thoughts with the viewers.

Jafar Panahi applied a similar technique in his new film "Taxi", although the decision to do so was not entirely voluntary. Anyone who has followed Panahi's story in recent years knows why this is so: Panahi is not allowed to make films and certainly not allowed to travel abroad. Although sentenced to a term in prison, his prison sentence was stayed as a result of pressure from abroad. However, he has chosen to disregard the work ban imposed on him. Two years ago, Panahi's film "Closed Curtain" was shown at the Berlinale and won a Silver Bear for its screenplay.

This time, however, Panahi took the Golden Bear. His film is a tremendously courageous act of resistance against the work ban imposed on him by the Iranian authorities. The director plays the taxi driver in his own film, making conversation with his numerous passengers as he drives them around Tehran. Some of these passengers, for instance a critical female lawyer, address Iran's democratic abuses very directly. This is courageous. In this respect, "Taxi" is a politically committed film.

On the other hand, "Taxi" is quite simply a great film. Just like Kiarostami, Panahi uses the principle of movement, which is one of the fundamental pillars of the film medium. Whether it is the camera that moves, the actor, or both, Panahi offers a filmic journey through the heart of Tehran.

Beyond the form, the content also addresses artistic reflections as well, as the taxi driver and his passengers often talk about cinema. The resulting conversations are very insightful. In this way, "Taxi" is also a clever take on current events.

Art and life meet at the Berlinale

In addition to the political and artistic reasons for giving the Golden Bear to the film, there is yet another reason: the film's humanity. A few days after "Taxi" was shown at the Berlinale, I took a taxi in Berlin. The driver, an Iranian, asked me what I was doing in Berlin. When I told him I was a journalist covering the film festival, we quickly started talking about Panahi. As it turned out, the taxi driver also writes about films and had recently published an article about the film director.

We talked about the director's latest movie. I asked him if he thought the passengers in the film were professional or inexperienced actors, if the scenes were staged or improvised. It turned into a lively discussion. We both agreed that this is a wonderful film that provides a great insight into both the people of Iran and art. Above all, we concluded that it was deeply human.

This was one of the most delightful moments of my Berlinale experience this year. Art and life were suddenly so closely intertwined. The conversation in the taxi was so intense that we both had tears in our eyes at the end of it.

Beyond the political statement and the artistic expression, both the film and the director exude an incredible feeling of warmth and humanity. Jafar Panahi truly deserves this Golden Bear.

Iranian author Fariba Vafi is adept at describing everyday scenes and concealing within them something ambiguous, in parts strange and grotesque. She writes novels – which have ... END_OF_DOCUMENT_TOKEN_TO_BE_REPLACED

In her latest exhibition in Japan, Farzaneh Khademian depicts figures who seem detached from their surroundings. In interview with Qantara.de, the Iranian photographer and painter ... END_OF_DOCUMENT_TOKEN_TO_BE_REPLACED

The catastrophic human rights situation in Bahrain is being largely ignored by the rest of the world. Despite all the damning evidence, which includes a Human Rights Watch report ... END_OF_DOCUMENT_TOKEN_TO_BE_REPLACED

Talks to salvage the 2015 Iranian nuclear deal have entered their eighth round in Vienna. Even if a deal is struck and some of the sanctions are lifted, the state of the Iranian ... END_OF_DOCUMENT_TOKEN_TO_BE_REPLACED

Every year in December, the team at Qantara.de takes a look back at the articles that proved most popular with our readers. This year is no different. Here is a run-down of the ... END_OF_DOCUMENT_TOKEN_TO_BE_REPLACED

END_OF_DOCUMENT_TOKEN_TO_BE_REPLACED
Social media
and networks
Subscribe to our
newsletter