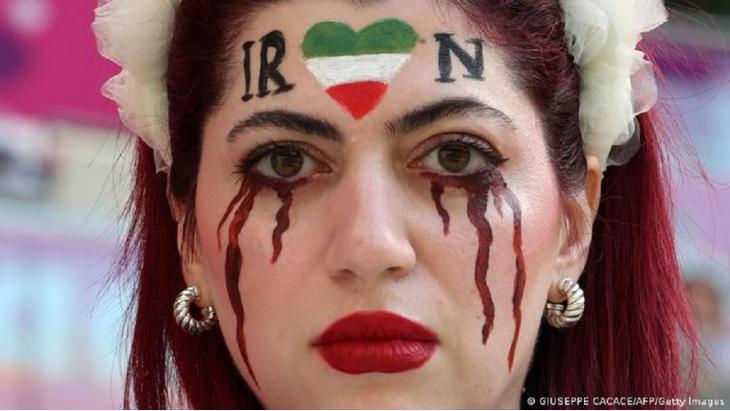 Best of Qantara.de 2022
Our readers' favourite articles this year

At the end of every year, the team at Qantara.de gives you a run-down of the ten most-read articles on the site over the past 12 months. Here is a quick overview of the stories that attracted the most attention in 2022. Happy New Year to all our readers!

While the coronavirus pandemic was still in the news throughout the year, it was certainly overshadowed by the war in Ukraine, which dominated headlines in 2022. Meanwhile war raged on in Syria and Yemen, Recep Tayyip Erdogan marked two decades in power and the Taliban one year of their return to power in Afghanistan. The final quarter of the year will also be remembered for the protests in Iran following the violent death of Jina Mahsa Amini in September, COP27 in Egypt in November and the FIFA World Cup in Qatar in November and December.

Wild parties and a freewheeling sex life are part of everyday life in many places in the world today. Saudi Arabia is not one of them. Discreetly, however, those who want to hook up and party under the radar have been networking there for a long time. Johannes Sedak went on a search for clues in Riyadh

People in Arab countries have been talking more openly about sex and sexuality for some time now, especially on social media. And for the first time ever, they have the vocabulary to discuss these topics. By Lena Bopp

3          Abdulrazak Gurnah's Paradise: "Freedom is not something they can take away"

When Abdulrazak Gurnah was named winner of the Nobel Prize for Literature in 2021, the German translation of his novel "Paradise" was out of print. In early December, it was re-released. "Paradise" upends the prevailing black-and-white view of colonialism in the most striking manner. By Felix Stephan

More than 800 Iranian filmmakers have signed a declaration against sexual harassment, coercion and violence in their industry. The public's response to their willingness to name and shame has been overwhelming. By Nasrin Bassiri

6          Female scholars in Islam: Unsung guardians of the 'true' tradition

Back in 1995, when The Times asserted Islam was to blame for the poor levels of education among women in the Muslim world, Mohammad Akram Nadwi began scouring ancient Arabic manuscripts for women's names. Looking specifically for female scholars, his hope was to find maybe 20 or 30 women. What he found was astounding. By Julia Ley

Women in the Levant have long used needlework to depict the region’s history, its landscapes, customs and traditions. Intricately embroidered panels, varying in style, colour and pattern reflect the different cultural, religious and family affiliations. One woman, Widad Kawar, has made it her quest to ensure this heritage is not forgotten. Marta Vidal reports from Amman, Jordan

Turkey is well-known for its stray cats and dogs. They have found a place in society over many years. But recent incidents and decisions indicate they could become new targets in an increasingly polarised country. Ayse Karabat reports from Istanbul

Frequently outspoken in her criticism of political developments in her home country India and around the world, Booker Prize-winning novelist and prolific essayist Arundhati Roy has proven that politics and fiction do go hand-in-hand. By Manasi Gopalakrishnan

According to a recent survey, half of all Iranians say that they have left Islam as a religion, while two-thirds believe Islamic law should be excluded from their legal system. In the following essay, Ahmet T. Kuru explores the implications

Since returning to power in Afghanistan, the Taliban have steadily eroded the rights and opportunities of women and girls, particularly their access to education. But Afghans are ... END_OF_DOCUMENT_TOKEN_TO_BE_REPLACED

German imams have publicly expressed their solidarity with the women of Afghanistan. In a letter of protest, the clerics say that the Taliban regime's decree barring women from ... END_OF_DOCUMENT_TOKEN_TO_BE_REPLACED

The "Weiter Schreiben" (Keep Writing) project promotes literature from war-torn and crisis-stricken regions and has, most recently, shone its spotlight on Afghanistan. Afghan ... END_OF_DOCUMENT_TOKEN_TO_BE_REPLACED

The Islamic Republic has been unable to quell the civil unrest that erupted three months ago, after Mahsa Amini died after being detained for violating hijab rules. Now the ... END_OF_DOCUMENT_TOKEN_TO_BE_REPLACED

Education for girls and women is still possible in Afghanistan, says Reinhard Eroes of the Kinderhilfe Afghanistan initiative. In interview with Elisa Rheinheimer, he talks about ... END_OF_DOCUMENT_TOKEN_TO_BE_REPLACED

A lawmaker in Pakistan's rugged northwest was sipping tea with voters when his phone chirped to life – the Taliban were calling with a demand for 'donations'. "We hope you won't ... END_OF_DOCUMENT_TOKEN_TO_BE_REPLACED
Date:
Mail:
Send via mail

END_OF_DOCUMENT_TOKEN_TO_BE_REPLACED
Social media
and networks
Subscribe to our
newsletter