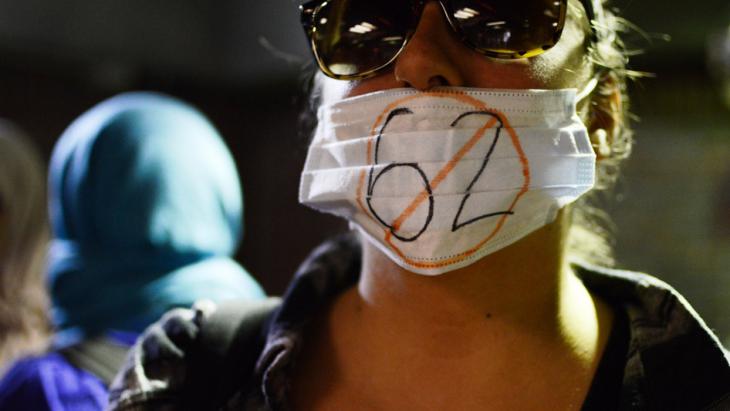 On 18 October the Canadian province of Quebec passed new legislation forbidding a person to be veiled when delivering or receiving a public service. Bill 62, dubbed the "state religious neutrality law″, has been widely condemned by civil rights lawyers, Muslim associations and public service unions. By Richard Marcus

Initially Justice Minister Stephanie Vallee stated that as long as somebody is in the process of seeking a public service, i.e. waiting for a doctor in a hospital emergency room or riding on public transport, their faces must be exposed. Following substantial public and political outcry, however, Vallee has since backtracked and is now stating that a person will only have to remove their face covering for purposes of identification or communication. When using bus passes, library cards, or talking to doctors, librarians or attending classes in public schools, individuals will have to remove all face coverings.

This isn't Quebec's first attempt at legislating secularism into public service aspects of their society. The previous government tried to implement what it called a Quebec Charter of Values which would have outlawed all religious symbols in those sectors, from turbans to crucifixes. While even more draconian than the new law, at least it didn't appear to be targeting a specific religious minority. It could also be said to legitimately have its roots in Quebec's social and political history.

Until what has since become known as the "Quiet Revolution" in the late 1950s and 1960s, the province of Quebec was under the thumb of the Roman Catholic Church and successive corrupt governments run by an ultra-conservative political party – the Union National. Spearheaded by a mix of Quebec nationalists and liberal intellectuals, the "revolution" managed to unseat the ruling party and institute a series of reforms which separated Church and State. 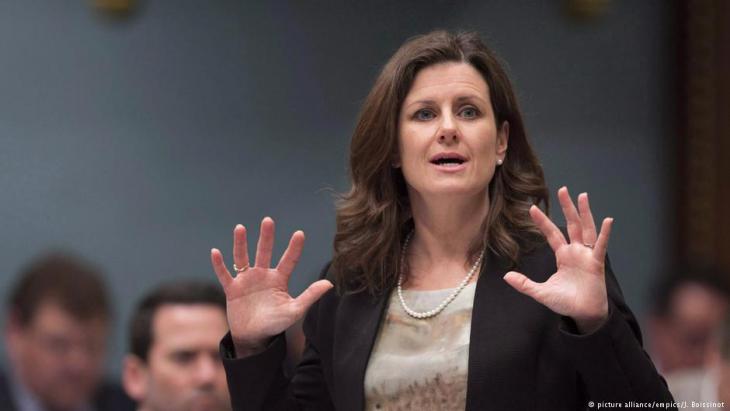 Clearly targeting Muslim women: the passing of Stephanie Vallee’s piece of legislation has proved highly controversial in a country where personal freedoms are writ large. Initially claiming that the ′state religious neutrality law′ would apply to the duration of travel on public transport, the Quebecois Justice Minister was forced to backtrack, saying that it would only apply for purposes of identification

However, invoking that history as a raison d'etre for this new piece of legislation is disingenuous at least and at worst, hypocritical. For instead of trying to impose a universal secularism, Section 13 of the bill explicitly exempts what it calls items which are "emblematic and toponymic elements of Quebec's cultural heritage, in particular its religious cultural heritage, that testify to its history". In other words, it is always going to be okay to wear and display crucifixes in public, but anything else is open to debate. It's also worth mentioning that this "state religious neutrality law" was passed in a legislature with a prominently displayed crucifix.


Like Catalonia in Spain, Quebec has a history of attempting to secede from Canada. Since the election in the 1970s of the first Quebec nationalist governments (the Parti Quebecois), there have been two referenda within the province on the question of separation, with the last, in 1995, coming within a hair′s breadth of succeeding. However, the ugly side of the movement was also revealed in the latter campaign when nationalist leader Lucien Bouchard claimed Quebecers were a 'white race' and the Parti Quebecois leader at the time, Jacque Parizeau, blamed the referendum's defeat on "money and the ethnic votes".

Anti-Muslim sentiment on the rise

Unfortunately anti-immigrant – and specifically anti Muslim – sentiment has not abated, but worsened. On 29 January 2017 a gunman opened fire and killed six people in a Quebec City mosque. Then in July, a zoning application to approve a Muslim cemetery in a suburb of Quebec City was defeated by referendum, because of fears it would "be a gateway to mosques and veiled women" and it showed that "Muslims were being giving preferential treatment".

While the new law has been condemned by the mayors of both Montreal and Quebec City, and people have already taken to social media and the streets of Quebec, Canada's Prime Minister has been reluctant to wade in. Initially Justin Trudeau said it wasn't up to the federal government to challenge the new law. However, as public pressure and objections to the bill mounted, he has since qualified his statements, adding that he doesn't believe the government has any right to tell a woman what clothes she can wear and he will defend the country's Charter of Rights and Freedoms (which allows for freedom of religious expression).

Of course there's also the thorny issue of how the law is going to be enforced and what penalties will be imposed on those who don't. And what about the potentially ugly scenario of a lenient bus driver refusing to make a woman remove her veil, only for her to be targeted by other passengers who regard it as their duty to enforce the law? The Quebec government still hasn't said what kind of penalties individuals might face for refusing either to enforce or comply with the law.

Under the guise of religious neutrality and creating a secular state, the government of Quebec has merely managed to ratchet up the level of anti-Muslim sentiment in the province. The politicians have not only put an already vulnerable section of society at increased risk, they have also given ipso facto permission to racists across the province to continue targeting visible minorities – and especially Muslim women.

Hopefully this law will soon be challenged and overturned in Canada's courts: until then, it is up to the people of Montreal and Quebec City to continue to stand up for the rights of the few.

Iranian-Canadian author Ava Farmehri’s debut novel paints a bleak picture of growing up in Iran after the Islamic Revolution. The book is both a prison novel and a reflection on ... END_OF_DOCUMENT_TOKEN_TO_BE_REPLACED

Last week Egypt's police stepped up an "unprecedented escalation" on activists by arresting a leading rights group director. Advocates on the Nile have long weathered a crackdown ... END_OF_DOCUMENT_TOKEN_TO_BE_REPLACED

In France and in Canada's Francophone province of Quebec issues of personal freedom have recently been thrown into sharp relief. In Quebec, legal proceedings have been initiated ... END_OF_DOCUMENT_TOKEN_TO_BE_REPLACED

A friend of the murdered journalist Jamal Khashoggi, Omar Abdulaziz is a thorn in the side of Saudi Arabia. Living in exile in Canada, the activist has been warned by the police ... END_OF_DOCUMENT_TOKEN_TO_BE_REPLACED

In 2017, Sarah Hegazy was arrested in Cairo for displaying a rainbow flag, the symbol for homosexuality and queerness, at a concert. The activist recently took her own life in ... END_OF_DOCUMENT_TOKEN_TO_BE_REPLACED

In June Canada's French-speaking province Quebec passed Bill 21, banning the wearing of religious symbols or garments by certain public servants in the workplace. Aside from the ... END_OF_DOCUMENT_TOKEN_TO_BE_REPLACED
Author:
Richard Marcus
Date:
Mail:
Send via mail

END_OF_DOCUMENT_TOKEN_TO_BE_REPLACED
Social media
and networks
Subscribe to our
newsletter