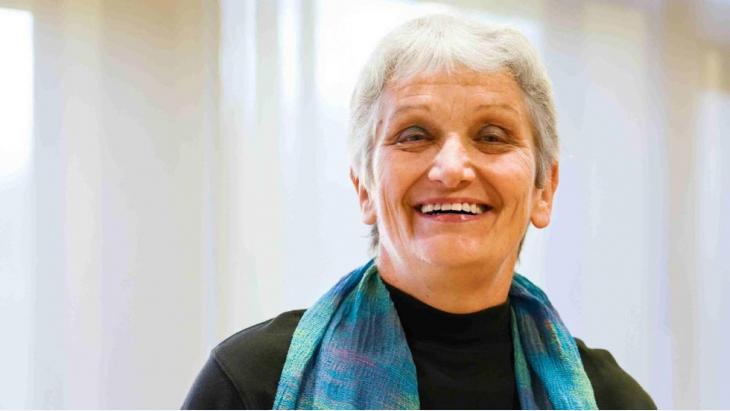 Journalist Birgit Svensson arrived in Iraq in 2003 and never left, enjoying the dubious status of being the only German-language reporter in the country for much of the time since. Recently published in German, "Moerderische Freiheit" recounts her experiences, offering insights into Iraq that go beyond terrorism and war. By Christopher Resch

From the cradle of humanity to the shattered ruins of world politics: go looking in Germany or Europe for information about Iraq and youʹll quickly find yourself entangled in tales of crisis and war that are rife with superlatives. But sensationalism and lurid headlines are not the way of journalist Birgit Svensson, which is why her recently published account of her 15 years spent in Iraq is so significant.

The title "Moerderische Freiheit: 15 Jahre zwischen Himmel und Hoelle im Irak" admittedly gives pause for thought – it is a reference to "Operation Iraqi Freedom", the name chosen by the USA for the war it launched in March 2003 in contravention of international law. And yet it is gratifying to note the sober journalistic tone and great empathy with which Svensson tracks the many bewildering developments in Iraq in recent years and fills them with life.

Because that is just what she tries to do: to shed some light on the actual daily lives of Iraqi women and men. Svensson is not a war correspondent – even though everything in the country seems to revolve around wars and crises. When the flocks of journalists who, like her, came to the country in March 2003 departed again after the fall of Baghdad and the toppling of Saddam Hussein, she remained behind.

For 15 long years, despite the ever-present threat of kidnapping, terrorism and war. Writing a book about this period was not her own idea but that of the publisher – "ME of all people," writes Svensson in the epilogue. One would like to thank the publisher. 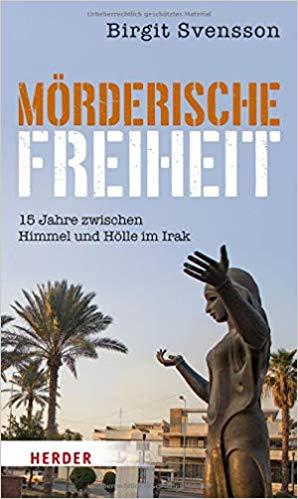 The Garden of Eden is not drying up: Svenssonʹs personal account of developments gives the reader hope for the future of Iraq. She bases her optimism on the one hand on the country's youth: more and more young people are overcoming sectarian divisions, as evidenced, for example, by the "Sushi marriages" between Sunnis and Shias. On the other, she is also looking to the women – to Thikra Alwash, for example, who as Baghdad's mayor is the first female leader of an Arab capital

Lynchpin to the Middle East

"Iraq is the lynchpin when examining developments in the Middle East," writes Birgit Svensson right at the start of her account. In the chapters that follow she provides an overview of events since 2003. She usually proceeds chronologically – readers only occasionally have to search for a year for better orientation.

Svensson unravels all the main problems facing Iraq today. There is sectarianism, for one thing, which can be traced back to the dictatorship of Saddam Hussein, a member of the Sunni minority who ruled over a Shia majority population. Which Islamic denomination people belonged to, however, was of no great importance for many decades.

But in 2003 the Americans introduced a system of proportional representation that was intended to ensure denominational parity. It sounded good on paper, but it encouraged religious faultlines to develop along which problems such as political representation and corruption ignited. "I suddenly realised I was a Shia," Svensson quotes a government councillor as saying at the time.

The disbanding of the Iraqi army by the U.S. civil services administrator Paul Bremer in September 2003 turned out to be a dire mistake. In one fell swoop, 450,000 people lost their jobs. Some of them took their weapons home with them – and immediately afterwards formed an organised resistance against the occupiers. "I can't believe you can ever make as many mistakes as the Americans made in Iraq," writes Svensson.

Then came Abu Ghraib, the torture scandal in the prison near Baghdad, already infamous in Saddam's day. The images of humiliated prisoners went around the world, but they especially raced through all layers of society in Iraq.

Svensson: "These were not simply accidents, which is how the cases were initially portrayed, but involved systematically torturing people to death. It was murder." Terrorist attacks, murders and kidnappings all over the country intensified drastically as a result.

The West also bears a share of the responsibility for many of Iraq's problems. Svensson cites, for example, the Oil for Food programme, which led to far-reaching accusations of corruption and not least against the German company Siemens. And then there's the U.S. prison Camp Bucca, which Svensson calls the "cradle of terrorism" because it became the incubator for the Sunni IS and the Shia Hashd al-Shaabi.

One year ago the Taliban returned to power, seizing Kabul; the U.S. and its allies made a panicked exit from the country. Of all the books written on the subject, four stand out ... END_OF_DOCUMENT_TOKEN_TO_BE_REPLACED

In "Iran. Die Freiheit ist weiblich", journalist Golineh Atai describes the dogged resistance of courageous Iranian women against the Islamic Republic and the mullahs who have ... END_OF_DOCUMENT_TOKEN_TO_BE_REPLACED

Unflattering terms were used at a German Football Association human rights congress aimed at "intensifying the discussion" ahead of the World Cup. One speaker in particular made ... END_OF_DOCUMENT_TOKEN_TO_BE_REPLACED

Egyptian authorities have Mada Masr in their sights once again after critical reporting. But the editor of the country's last independent news source is adamant they will continue ... END_OF_DOCUMENT_TOKEN_TO_BE_REPLACED

Like Christianity, Europe's history is one of migration. Both have strong roots in the Orient and in cultures thousands of years old. Cultural historian Bernhard Braun invites us ... END_OF_DOCUMENT_TOKEN_TO_BE_REPLACED
Author:
Christopher Resch
Date:
Mail:
Send via mail

END_OF_DOCUMENT_TOKEN_TO_BE_REPLACED
Social media
and networks
Subscribe to our
newsletter