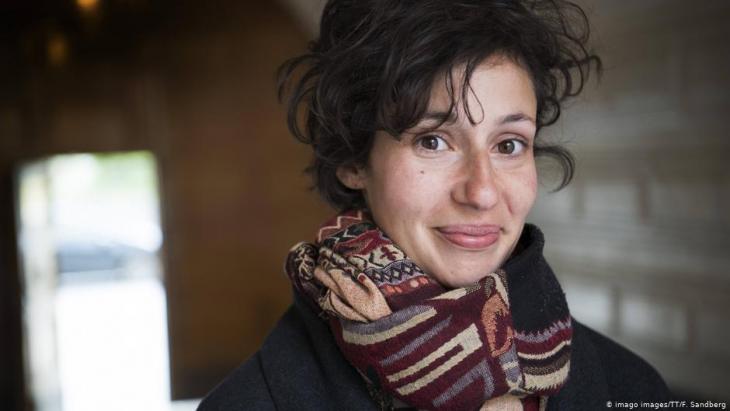 In her fifth novel, French author Alice Zeniter addresses some very thorny and painful issues in the history of Franco-Algerian relations. Demonstrating a profound knowledge of the subject matter, Zeniter's novel highlights the lot of the Harkis, Algerian Muslims who fought on the side of the French in the Algerian War of Independence. Claudia Kramatschek read the book

Fifty-seven years have passed since Algeria gained independence from France after a long and bloody war. To this day, however, this chapter in these countries' joint history has never been properly faced up to and discussed, something that continues to put a strain on Franco–Algerian relations.

The same can be said of the fate of the Harkis, the Algerian Muslims who fought alongside French forces and were loyal to the French Republic rather than to Algeria. When independence came, the Harkis were considered traitors by the Algerians and were either put to death or hounded out of the country. Banished from Algeria, the Harkis never really found a home in France either: there, right from the start, they were considered second-class citizens and never received any kind of recognition for having risked their lives for France.

The heavy burden of silence

Harkis and their descendents still live in France. However, most of them are tight-lipped about this painful part of their past, saying nothing about it to their children or grandchildren.

Alice Zeniter, who was born in the Paris metropolitan area in 1986, has first-hand experience of this silence: her grandparents had to flee Algeria and came to France in 1962. Yet no one in the family ever really spoke to the young Alice about the country that is part of her own personal history.

This is why Algeria hung over everything like a cloud. From a young age, Zeniter had many questions: who am I? What is my role in this country called Algeria that is in my blood, but which I do not know?

Searching for clues on both sides of the Mediterranean 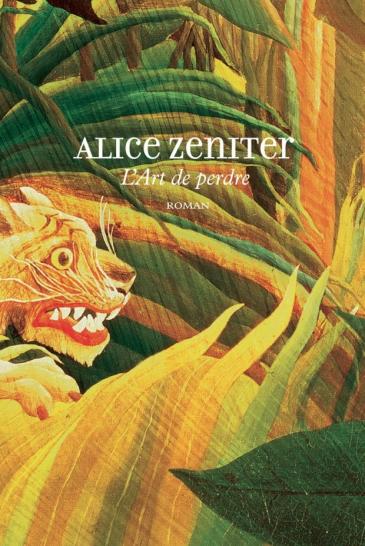 "The fact that the author has won numerous awards for this novel, including the 'Prix Goncourt des Lyceens', raises hopes that France is gradually beginning to face up to this uncomfortable and unpleasant chapter in its history," writes Kramatschek

These are the questions around which her novel "L'Art de perdre" (the art of losing) is built. The novel is the account of a search for clues that is driven by the desire of a young French woman called Naima, whose grandfather Ali was also a Harki, to understand her own history better and to position herself anew.

It all begins with Google: here, Naima – just like Alice Zeniter in real life – searches for pictures and information, tries to picture the country that seems both so foreign and so familiar at the same time. A happy coincidence brings her to Algeria: the Paris Art Gallery where Naima works suggests that she travel to the land of her forefathers to prepare the exhibition of an Algerian artist.

And so, the story of the family unfolds – on both sides of the Mediterranean. This is the story of three generations and, at the same time, a lesson in an entire chapter of Franco-Algerian history. Naima is not the first-person narrator in all this, but the story is told from her perspective, the perspective of the youngest generation that wants to understand without having to settle old scores.

A journey to the past and to Kabylie

This is why above all the people in Algeria are at the heart of the novel. It is their fate that Naima digs up from forgotten depths and brings to light again: the first two parts of the novel describe the course of Ali's life and that of his son Hamid. Hamid is Naima's father, who himself had long since turned his back on his erstwhile home and told his daughter nothing about his native country.

With both cinematic self-satisfaction and a large dose of empathy, Zeniter's characters take readers by the hand and lead them into village life as it was in Kabylie before the war of independence. Together with Naima, we travel back into the past, following a young Ali, who begins by looking for a wife who will give him a son, and then becomes a patriarch beset by worries about the storm clouds looming on the horizon in the early 1950s.

He decides not to side with the terrorists, but to serve the French, hoping that this will safeguard his children's future. At the time, his children are playing and running around the village without a care in the world. Years later, these playing children make another appearance in the novel. This time they – like so many others – have just arrived in France and are in the overcrowded transit camps that have been set up for the Harkis by the French. They are completely oblivious to the fact that this new beginning could simultaneously be an ending.

Torn between different cultures and generations

Ali too flees Algeria, crossing the Mediterranean to France with his eldest son, Hamid, in 1962. He and Hamid spend two years in degrading conditions, poverty, need and uncertainty in the Harki reception camp to which they have been sent.

The violence that posed such a threat to Ali's life in Algeria continues on the other side of the Mediterranean, albeit under different circumstances. In Algeria, Ali was driven by the fear of being killed because he is a Harki; in France, the mental and emotional marginalisation tortures him. His wife, Yema, and their other children follow them at a later date. From that point on, the family is torn between two cultures, torn between their old and their new home.

This state of being torn marks and divides the family: it is the root of many fears and traumas, unspoken yet constantly smouldering conflicts, not least between the generations. For the rest of his life, Ali remains at odds with the French language. His son Hamid, on the other hand, is clever and talented, eagerly soaking up French culture with every fibre of his being.

In this way, "L'Art de perdre" is not least an epic that tackles the issue of migration in all its complexity and consequences. Anger, frustration, the arduous and tough path that is integration, not to mention ongoing discrimination simmer beneath the surface of this late love letter to the authorʹs own family.

Late love letter to her forefathers and an appeal to France

The fact is that this family, like so many other Harki families, was forced into the invisibility of the archives. With "L'Art de perdre", Alice Zeniter reaches into this invisibility and draws them back out into the light, praising their everyday heroism.

She doesn't conceal the social marginalisation, the structural racism, and the still poor integration of those who came and come to France as Algerian migrants.

The fact that the author has won numerous awards for this novel, including the Prix Goncourt des Lyceens, raises hopes that France is gradually beginning to face up to this uncomfortable and unpleasant chapter in its history.

Nouara may be 65, but she is ready to join thousands of others who burn their ID and pay traffickers for the chance of a new life in Europe. Zineb Bettayeb reports END_OF_DOCUMENT_TOKEN_TO_BE_REPLACED

In Doha, Arabs from Morocco, Tunisia, Egypt and Algeria are gathering to celebrate the first ever FIFA World Cup to be held on Arab soil. The criticism from Europe? Over the top, ... END_OF_DOCUMENT_TOKEN_TO_BE_REPLACED

"Rebel Game: The Power of Football in the Middle East and the Qatar World Cup", an anthology published by Middle East researchers Jan Busse and Rene Wildangel, takes the upcoming ... END_OF_DOCUMENT_TOKEN_TO_BE_REPLACED

After a two-year hiatus, the Arab League re-convened at the beginning of November in Algiers against a backdrop of uncertainty and discord. By Pierre Boussel END_OF_DOCUMENT_TOKEN_TO_BE_REPLACED

The history of Jews and Muslims is far more entangled than you might imagine – but you have to listen out for it. In "Recording History", Christopher Silver takes us on a sonic ... END_OF_DOCUMENT_TOKEN_TO_BE_REPLACED
Author:
Claudia Kramatschek
Date:
Mail:
Send via mail

END_OF_DOCUMENT_TOKEN_TO_BE_REPLACED
Social media
and networks
Subscribe to our
newsletter