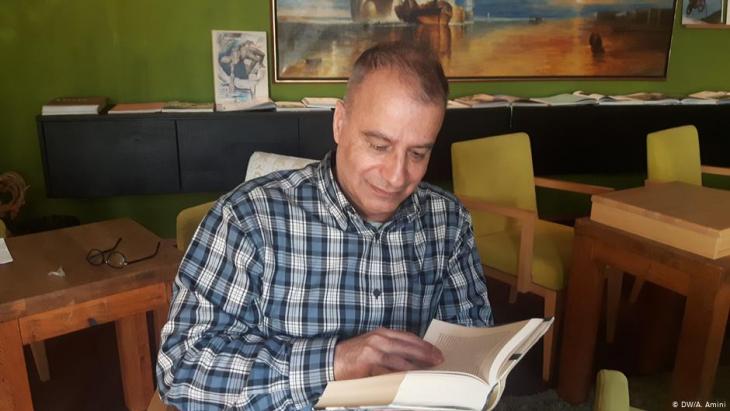 History of a revolution

Amir Hassan Cheheltan has spent years publishing articles and novels in German. His latest book "The Steadfast Parrot" has also been published first in German. Though the author himself lives in Tehran, the question remains as to whether it can be released in Iran. By Volker Kaminski

In Cheheltanʹs new book, subtitled “Memories of Iran 1979”, the narrator takes something of a backseat. Unlike his novel, The Calligrapher of Isfahan (2015), we are not led along the winding path of the protagonistʹs life. There is a fictional element to the book, but the real action reflects reportage-style the course of events which took place during the Islamic Revolution.

Cheheltan quotes from newspapers, radio broadcasts and television programmes and draws on a well-stocked archive (his own?), describing in detail those turbulent months between the abdication of the Shah and Ayatollah Khomeiniʹs unstoppable rise to become Supreme Leader. Not a day passes without people dying in police operations, without acts of sabotage and mass arrests and the number of daily executions is soon in the hundreds.

A district without social barriers

Alongside this political narrative, the book features the authorʹs alter ego who, aged 22, is studying literature in Tehran and lives in a central district of the city, free from social barriers, where a wide range of social classes is represented. The district is home to "teachers, factory workers and tradespeople [living] side by side with doctors, capitalists and even a Mullah." 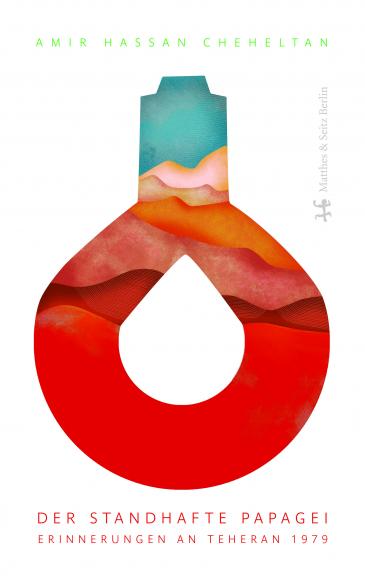 The Islamic Revolutionʹs dark side: every page of Cheheltanʹs "Der standhafte Papagei. Erinnerungen an Teheran 1979" reveals the descent of a country in transition into a state of brutalisation, where intellectuals and dissenters are systematically persecuted and denounced at the hands of a capricious regime

In Mr Firuzʹ off-licence, residents of the neighbourhood, including the young narrator, stand around chatting animatedly about the latest news over a cold beer. Other residents are devout Muslims, who do not drink alcohol and visit the mosque several times a day. There is also another group which exists alongside Firuzʹ regulars and the mosque-attendees, a third group which unites the two, the "bridge builders", who have no problem enjoying alcohol in moderation and still pray.

This environment which has developed over centuries, where tolerance and solidarity between neighbours reigns, meets its greatest challenge yet over the course of 1979 and is badly damaged by the aftermath of the revolution.

The narrator speculates over the event that sparked the beginning of the revolution. Alongside details about the politics of the time, he considers events in his district. Take, for example, the stone thrown by an angry supporter of the Ayatollah, which smashes the window of the off-licence on 5 November 1978 – an event which would be of little significance, if it werenʹt for the fact that Homajun the young activist, part of a group of demonstrators, who throws the first stone at Firuzʹ shop, is the ownerʹs son and confronts him face to face.

Shortly afterwards, Homajun takes part in a demonstration against the Shah and dies as the result of a shooting. From this day on, 1 January 1979, Mr Firuz refers to himself as "a martyrʹs father". For the narrator, this marks the true beginning of the revolution which plunges the whole country into chaos, its citizens suffering months of terror and fear.

Unfortunately, the narrator loses sight of his district throughout the course of the events, returning to it only sporadically. His tone is sometimes coloured with a gentle irony when he talks of "killing time in revolutionary times", by which he means youths fighting in the street, setting light to tyres, chanting slogans, distributing flyers and "playing cat and mouse with soldiers".

Each page of the book makes clear the state of brutalisation and terrorisation of intellectuals and dissidents which can turn a country over to an era of revolution. Tyranny, a culture of informants and systematic persecution are the order of the day.

But hope continues to stir, a "springtime for freedom" seems at hand, theatre pieces are performed in the streets because the theatres themselves have been destroyed. But optimism dwindles quickly: "In the years to come, every young person will have to resign themselves to a life of austerity and abstinence. They have had it beaten into them." Equality and previously-won rights for women are retracted and it soon becomes unthinkable for a female presenter to appear on television without a headscarf.

The parrot sitting perched in a cage inside Mr Firuzʹ off-licence, stubbornly repeating the words "Long live the Shah!", is a mere trifle in the face of the hard facts of the matter, the bloody struggles for power, the storming of the U.S. embassy in Tehran and subsequent taking of hostages. This is a book in which history literally stands against individuals, who are overwhelmed by the events themselves.

Since 2015 there has been a surge of interest in Syrian writing in German translation. In this series of interviews, writers, poets, publishers, and artists in Berlin talk about ... END_OF_DOCUMENT_TOKEN_TO_BE_REPLACED

Tents, mud and cold: refugees contend with miserable conditions in Bosnia & Herzegovina. With the European Union demanding that Bosnia accommodate the asylum-seekers, its ... END_OF_DOCUMENT_TOKEN_TO_BE_REPLACED

Last year was one of a kind. 2020 saw the rapid spread of the coronavirus pandemic, putting a stop to the hajj. Though peace in the Middle East remains a pipedream, there was ... END_OF_DOCUMENT_TOKEN_TO_BE_REPLACED

When news broke that a vaccine against COVID-19 developed by a Turkish-born couple in Germany had promising results, many media reports placed the ethnic background of these ... END_OF_DOCUMENT_TOKEN_TO_BE_REPLACED

A German IT company has started an academy to train Palestinians in software development. Despite the pandemic's challenges, it has managed to run its first boot camp in Ramallah ... END_OF_DOCUMENT_TOKEN_TO_BE_REPLACED

Shortly after the expression was coined and found its way into German discourse, the concept of a "welcoming culture" was already being targeted by Islamophobic circles – and was ... END_OF_DOCUMENT_TOKEN_TO_BE_REPLACED
Author:
Volker Kaminski
Date:
Mail:
Send via mail

END_OF_DOCUMENT_TOKEN_TO_BE_REPLACED
Social media
and networks
Subscribe to our
newsletter