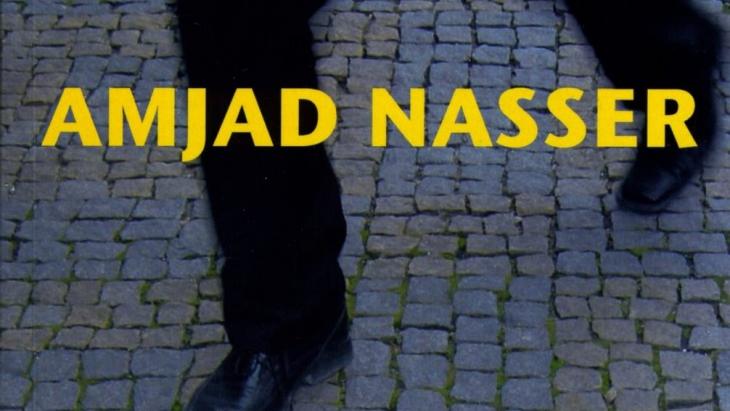 Jordanian author Amjad Nasser, who died in 2019, presents an impressive tale of homelands, life in exile and the hardships of returning home. His profound eloquence and use of experimental literary forms make “Land of No Rain” a landmark publication in modern Arabic literature, writes Martina Sabra in her review for Qantara

The novel’s protagonist, Adham Jaber, an Arab journalist and poet with a British passport, returns from exile to his fictional home country of Hamiya. He fled the country around 20 years ago, after being betrayed to the authorities for his part in plans to carry out an attack as part of a left-wing underground organisation.

After periods in Lebanon and Cyprus, Jaber lived in the UK for many years, having a family and making a name for himself as an author and intellectual. These days, however, there’s little to keep him in London, which he calls 'the City of Red and Grey'. He has lost his wife and a mysterious epidemic is raging through the city.

Hospitals are full to bursting, people can be seen gasping for breath, coughing blood, the city abounds with masked faces and Xs marking the homes of the infected. These somewhat apocalyptic descriptions are reminiscent of images of the COVID-19 pandemic of 2020/2021, though Nasser published the original novel in Arabic in 2010.

Adham Jaber suspects he will need to hurry if he wants to see his former home country again. “There was a time when you didn't notice time creeping along the ground and through your body, but now the sound of it is clearly audible.”

Jaber’s return home is not a true homecoming, however. His mother and father have died during his long absence, leaving their son plagued by guilt. His siblings, who stayed behind, have moved on with their own lives in the years he’s been away. They are loving, but an absence of common experiences means Jaber’s relationships with them need rebuilding. Jaber’s interactions with his former sweetheart and first wife, Rula, are similarly superficial. Rula married another man long ago and has children now. After taking great pains to arrange a meeting, Adham resignedly accepts that he and Rula hardly have anything to say to each other.

Not even the Secret Service, who Jaber once feared so terribly, shows much of an interest in him. During a summons, they inform him that he will continue to be monitored: no more than usual, but no less, either. Jaber realises that Hamiya may have become more outwardly modern, but it is not any more socially or politically liberated than it once was. His old comrades have responded to this development in different ways: withdrawing, self-destruction, turning to religion or adapting. Mahmoud, a former comrade (nicknamed "the Long’un") has worked in a post at the state media office for several years.

When they meet at a coffeehouse to catch up, Mahmoud tries to justify having come to a compromise with the apparatus of power, claiming that they share a common enemy: the Islamists. But Jaber counters, offhand: "Evil is evil, with a long beard or with a close shave. I don’t have to choose between the lesser of two evils for the sake of a glass of beer."

Nasser’s structuring of the plot sees the novel take its place among many other tales of exile and alienation in Arab literature. Yet Land of No Rain goes deeper. It’s a novel that deals with a yearning for political and social emancipation, a playful yet profound reflection on language and human (self-)understanding, anchored in an experiment with literary forms, bringing together poetry, fiction and essay and making them work to each other’s benefit. 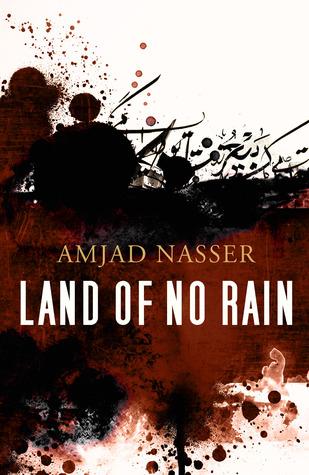 Formative figure of modern Arab literature and Arab cultural journalism: Jordanian author Amjad Nasser was a poet, writer and influential cultural journalist; he was a pioneer of modern Arab poetry and is celebrated as one of the most important Arab writers. Amjad Nasser published ten volumes of poetry, four travelogues and two novels. He received the Mahmoud Darwish Award for Literary Creativity, among others, for his work. He passed away in October 2019 after a serious illness. Yet his voice speaks as vividly as ever through his wonderful writing

The protagonist and his former self

The notion of shifting perspectives is central to the novel. In his home country of Hamiya, Nasser’s protagonist Adham Jaber encounters his former self, the political activist Younis al Khattat, who Adham was before he went into exile. The reader is party to the two alter egos‘ internal monologues for almost the entire novel. They discuss, argue, and interrogate one another.

The interactions between Adham and Younis form the common thread that runs through the book – it’s a literary device that doesn’t exactly make for an easy read, but facilitates manifold reflections and other fascinating plot strands, which lend the novel a unique tension and depth.

Together with little Younis, he climbs down into the cellar of the family home, where he stumbles upon his father’s photos and calligraphy. The scene in the cellar is a turning point in Jaber’s long process of returning to his home country.

Though he had no interest in his father’s work when he was young, he now begins to grapple with his father’s ideas and creations – driven by a desire to get to know him better after his death.

Land of No Rain, deftly translated into English by Jonathan Wright, is a challenging read – so challenging, in fact, that many readers have had to read the book twice in order to follow it properly. Sometimes the internal monologues flow easily, full of self-mockery and melancholy, laconic and peppered with surprising flashes of inspiration, images and aphorisms; then there are passages where the reader must have the time and patience to work through philosophical observations or dry historical and political analyses.

The interweaving of motifs, styles and forms can be exhausting at times. The novel does not fit easily into any familiar genre. Nasser makes this experimental stance clear in the novel, when he has his protagonist say, "Once you were a poet. (...) Now you write articles and biographies, without parting company with poetry’s uncertain, hesitant attitude towards the world. Some of what you write is personal, and some of it public, though it’s hard for you to differentiate between the two. You don’t categorise what you write."

Elsewhere, Adham Jaber writes that he wants to liberate his writing from "digressions and proper names". He achieves the latter by never calling cities, countries, or historical figures by their true names, instead choosing to paraphrase them according to sensory impressions, events or striking features. Thus, Cyprus becomes 'the City Overlooking the Sea', Beirut 'the City of Siege and War' and Baghdad 'the City of Sindbad'. King Hussein of Jordan is 'the Grandson'.

Those familiar with the earlier history of the Middle East might perhaps read Land of No Rain as a political roman à clef. Yet readers without an interest in Middle Eastern politics will also find themselves enriched by this book. No matter what angle you approach it from, Land of No Rain is a milestone of modern Arabic literature.

How can we expect Jordanian women to participate fully in political life if they know that they don’t enjoy the same legal status as their male counterparts, or the constitutional ... END_OF_DOCUMENT_TOKEN_TO_BE_REPLACED

Despite Syria's lengthy civil war, dictator Bashar al-Assad is now being courted by many governments in the Middle East as if nothing ever happened. The reasons for this vary. By ... END_OF_DOCUMENT_TOKEN_TO_BE_REPLACED

Horses and mules have long drawn tourist carriages through Jordan's ancient city of Petra, but animal rights concerns are driving a project to start replacing them with electric ... END_OF_DOCUMENT_TOKEN_TO_BE_REPLACED

Jordanian writer Jalal Barjas' novel "Notebooks of the Bookseller", which won this year's Booker International Prize for Arabic Fiction, was celebrated at a symposium during the ... END_OF_DOCUMENT_TOKEN_TO_BE_REPLACED

Winner of the Student Oscar: a little girl in a bombed-out flat in Syria. The television is her only window to the world – but even this is taken away from her. Nikolas Fischer ... END_OF_DOCUMENT_TOKEN_TO_BE_REPLACED

While Bashar al-Assad is still shunned by the West, which blames him for a decade of brutal war in Syria, a shift is under way in the Middle East, where Arab allies of the United ... END_OF_DOCUMENT_TOKEN_TO_BE_REPLACED
Author:
Martina Sabra
Date:
Mail:
Send via mail

END_OF_DOCUMENT_TOKEN_TO_BE_REPLACED
Social media
and networks
Subscribe to our
newsletter