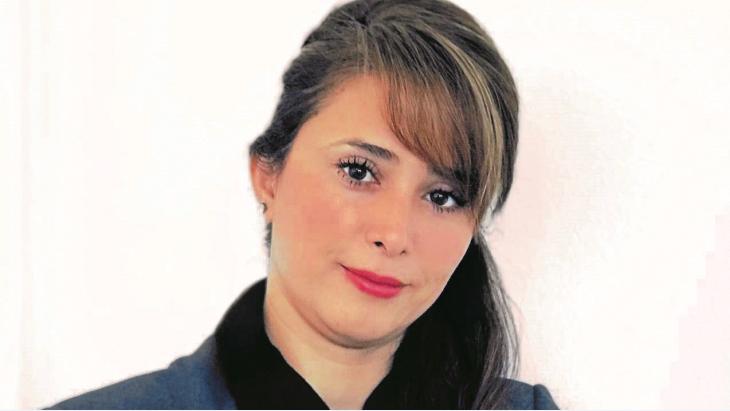 Book review: Ava Homa's "Daughters of Smoke and Fire"
Living with the sting of hatred

While "Daughters of Smoke and Fire" – Kurdish author Ava Homa's heart-rending debut novel – is about Leila, a young Kurdish woman, coming of age in contemporary Iran, the portrayal of a minority's struggle against oppression and assimilation transcends the personal. Richard Marcus read the book

Although much has been told in recent years of the heroism of Kurdish partisans fighting Islamic State in Syria and Iraq, and the horrors of the Turkish campaign against them in northern Syria, we hear very little about the lives of ordinary Kurds living in Iran. Ava Homa's Daughters of Smoke and Fire changes all that.

In telling the story of Leila's family, her father, mother and younger brother, and their circle of friends, Ava Homa is not only telling us the story of a family, but manages to convey something of the accumulated horror of a people constantly under assault. Even as a small child Leila understands that they are different. From the map of scars on her father's back showing where he's been tortured, to his seething anger and grief she knows their family is not like others.

As Leila and her brother Chia grow they begin to realise just how different they are. Not only are they punished at school for speaking Kurdish, their father is obsessed with the atrocities – past and present – that have been committed against the Kurds. Each one is another festering scar on his soul. The children cannot help but be affected by his volatile emotions and tortured spirit. 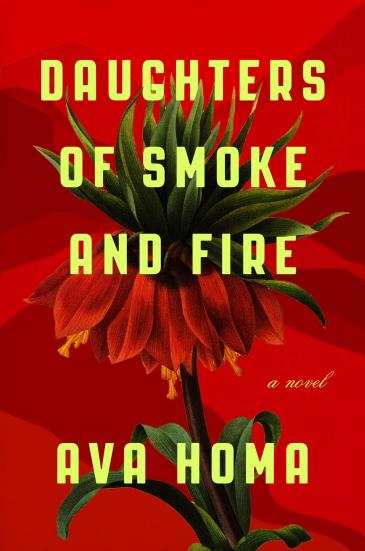 One of the world's stateless peoples: promised the return of their traditional territories at the end of the First World War, the Kurds now inhabit land controlled by Iraq, Iran, Turkey and Syria. Often treated like criminals for trying speaking their own language, or by virtue of their very existence, the Kurds have continued to resist in an attempt to keep their culture alive

From Leila's childhood onwards we're made aware of just how difficult her life is and how twisted and distorted the lives of repressed people become.

Leila's relationships with both her mother and father are complicated by their bitterness and anger. In fact she usually feels most comfortable when she is visiting a friend of her father's, Joanna, and her daughter Shiler.

In spite of having spent time in prison, and giving birth to her daughter while confined, Joanna seems to have a lightness of spirit both Leila's parents lack.

Hated by the state

While Leila's mother resents Joanna and calls her a whore, Leila herself takes strength and consolation from her "aunt's" kindness and care. Visiting Shiler and Joanna is her first escape from the repressive atmosphere generated by a state that hates their existence.

Growing up as a woman and a Kurd in Iran means a double dose of repression. Leila's only hope of having a semblance of a life is to gain admittance to university.

However, she quickly discovers that even if she were to manage to pass the required exams – practically impossible when the system is stacked against you for being poor and a minority – the chances of being accepted are slim because she doesn't have the proper connections. Being a boy, her younger brother has a far better chance and easily secures a place at university in Tehran.

As Leila's story unfolds we see how this upbringing impacts upon her own sense of self-worth and personality. However, we also find out how much of her father's indomitable spirit she's inherited when her beloved brother Chia is arrested.

He had been writing about the plight of Kurds in Iran and publishing his articles online through purportedly safe channels outside Iran.

He is arrested for participating in an anti-government demonstration and vanishes into the abyss of the Iranian prison system. For months nobody knows whether he's dead or alive.

Yet that doesn't stop Leila from using whatever resources she can scrape together to pester, badger and bribe bureaucrats to find her brother.

Homa's depictions of life for Leila, Chia, Shiler, and Chia's friend Karo provide us with insights into how people react to life under a totalitarian regime. Karo grew up in a mixed marriage, half Kurd and half Iranian, and doesn't feel the same sting of hatred as the others. Both Chia and Shiler fight back; Chia through writing and Shiler by joining one of Kurdish partisan groups fighting IS beyond the borders of Iran.

Survival: a form of fighting back

Leila is just trying to survive. However, as Homa makes clear, survival is a form of fighting back. When you are able to survive without completely surrendering yourself, you're still winning.

She also manages to depict the difficulties survivors of any trauma experience trying to come back from simply surviving. What do you do when you're no longer under threat? How do you reclaim something of yourself?

What's truly remarkable about this book is how Homa not only personifies a people's suffering through one character, but also shows us how, piece by piece, the emotional and psychological trauma of living as a persecuted minority gradually destroys a person's confidence and spirit.

No matter how strong Leila tries to be, the cracks in her veneer gradually widen into crevices. Daughters of Smoke and Fire affords us a glimpse of the degrees of persecution they face – not only from the mullahs, but also from Iranians in general, many of whom harbour anti-Kurdish prejudice.

Daughters of Smoke and Fire might break your heart, but it is also a book of sublime beauty that will engrave itself into your memory for years to come.

Iranian author Fariba Vafi is adept at describing everyday scenes and concealing within them something ambiguous, in parts strange and grotesque. She writes novels – which have ... END_OF_DOCUMENT_TOKEN_TO_BE_REPLACED

In her latest exhibition in Japan, Farzaneh Khademian depicts figures who seem detached from their surroundings. In interview with Qantara.de, the Iranian photographer and painter ... END_OF_DOCUMENT_TOKEN_TO_BE_REPLACED

The catastrophic human rights situation in Bahrain is being largely ignored by the rest of the world. Despite all the damning evidence, which includes a Human Rights Watch report ... END_OF_DOCUMENT_TOKEN_TO_BE_REPLACED

Talks to salvage the 2015 Iranian nuclear deal have entered their eighth round in Vienna. Even if a deal is struck and some of the sanctions are lifted, the state of the Iranian ... END_OF_DOCUMENT_TOKEN_TO_BE_REPLACED

Every year in December, the team at Qantara.de takes a look back at the articles that proved most popular with our readers. This year is no different. Here is a run-down of the ... END_OF_DOCUMENT_TOKEN_TO_BE_REPLACED

END_OF_DOCUMENT_TOKEN_TO_BE_REPLACED
Social media
and networks
Subscribe to our
newsletter