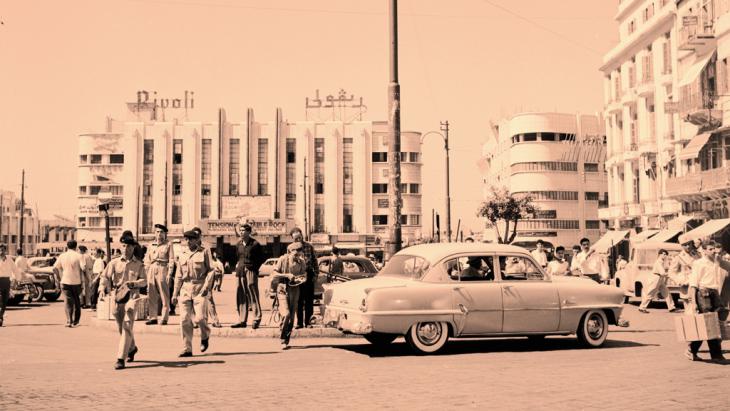 Chronicling life in the corrupt city

The smoke of abandonment permeates ″Beirut Noir″. In this collection of short stories, we find the remains of the crippled, the lonely, the lost, and the dead. They move – or fail to move – through a landscape violently reshaped by fifteen years of civil war. Many of the characters are stuck in an afterlife of one sort or another. Or, if they′re still alive, time has stopped. Marcia Lynx Qualey read the book

″Beirut Noir″ is the latest title in Akashic Books′ signature short-story series, which launched with ″Brooklyn Noir″ in 2004. Akashic has since published dozens more, with a recent move into the Middle East. At least three more regional titles are in the pipeline: ″Baghdad Noir″ (edited by Samuel Shimon), ″Jerusalem Noir″ (edited by Dror Mishani), and ″Marrakech Noir″ (edited by Yassin Adnan).

The fifteen new stories of ″Beirut Noir″ were assembled by Lebanese novelist Iman Humaydan and deftly translated by Michelle Hartman. They were written in all of Lebanon′s three main languages – Arabic, English, and French – and they approach the noir genre in markedly different ways. But they are united by loss: their characters have been left behind after so many countrymen have fled for the Lebanese countryside, Canada, the Gulf, the United States, South America, and Europe.

None of the stories has the linguistic terseness typical of hardboiled noir. But the appeal of noir is not just its tone. It′s how we flip from seeing a corrupt world through the lens of a good-man detective to that of a self-destructive criminal or victim. For this, Beirut works at least as well as Brooklyn. Lebanon′s long civil conflict provides a backdrop of criminality and corruption, and we find its corrosive effects worming through family systems, militias, religious sects, and the government. 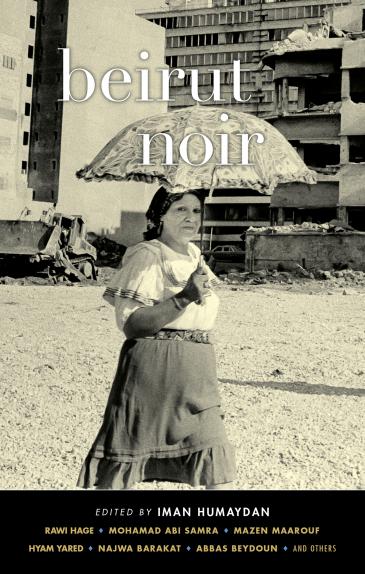 "None of the stories has the linguistic terseness typical of hardboiled "noir". But the appeal of "noir" is not just its tone. It′s how we flip from seeing a corrupt world through the lens of a good-man detective to that of a self-destructive criminal or victim. For this, Beirut works at least as well as Brooklyn," writes Lynx Qualey

Each story is located in a particular Beirut neighbourhood or street, and the fifteen come together to make up a patchwork, organic city. Neighbourhoods are listed at the beginning of each story, and the stories range from working-class areas like Bourj Hammoud and wartime fault lines such as Khandaq al-Ghamiq to charmed Raouche and Trabaud Street. A basic map of Beirut at the front of the book aids reader orientation.

The collection gets a powerful opening with Tarek Abi Samra′s ″The Bastard″. This story, originally written in French, takes place in the rundown Chiyah neighbourhood. Chiyah is the sort of place where a chaotic hospital might accidentally swap two newborn boys: one a man′s legitimate son and the other his bastard.

The story centres on these not-quite-twin protagonists, born to different mothers on the same night. Not-quite-twins are a regular feature of post-war Lebanese stories and films, as in Elias Khoury′s ″Sinalcol″ (2012) and Rabih Alameddine′s ″Hakawati″ (2008).

″The Bastard″ is powered by the rage of unfair dispossession. It expertly uses the claustrophobic spaces of the short story, dragging us from tight spot to tighter one. As the boys′ father works to keep them apart, the not-quite-twins try to be friends.

Both resent the other′s apparent advantages: one has legitimacy, the other greater freedom. Both struggle against their conservative, overbearing father.

When the father discovers the two have joined forces, he compels his ″bastard″ son to leave Lebanon for a while. But the son can′t stay away. ″He liked Europe when he first settled there.

But a few months later, a strange feeling started tormenting him. What at the beginning was merely a vague sense of some indefinable thing that he missed turned into an unfounded rage.″ The rage drives him home. But the story′s final crime is committed not out of anger, but out of despair.

Elsewhere in the collection, crimes vary. In Rawi Hage′s ″Bird Nation″, written in English, the central crime is against the city. In this story, an absurdist succession of social and environmental crimes culminate in Humvees clogging the streets such that traffic jams last for weeks.

The people grow wings to escape, with everyone except the politicians seeming to take flight. ″And as the people started to move along, above, and away, a politician and his bodyguard were seen lifting their rifles and pointing them at the sky.″

Zena El Khalil′s ″Maya Rose″, written in Arabic, is narrated by a dead baby, while Najwa Barakat′s terrifying ″Under the Tree of Melancholy″, also originally in Arabic, is seen through the eyes of a broken man living out his own afterlife. He is just an ″eye″ with no remaining agency, moved from place to place by his wife. The roots of his crime are in boyhood, when he was the protector of his disabled brother.

Although he was once the healthy, handsome one of the family, after his brother′s death, for which he shares responsibility, he comes to inhabit his brother′s role. After his brother dies, ″my heart died, my intestines were squashed, my liver ripped out, and all that was left was an eye.″

The stories are by some of Beirut′s most internationally acclaimed authors, like Hage and Barakat. But they′re also from younger and more experimental authors, such as thirty-two-year-old Abi Samra, thirty-three-year-old Bana Beydoun, and the age-non-specific ″The Amazin′ Sardine″. The collection isn′t entirely even, with some experiments more successful than others. Yet somehow even this unevenness feels like the landscape of an organic, multi-faceted city.

Home
Print
Newsletter
More on this topic
Contemporary art in Lebanon: Between dreams and violenceInterview with Nadine Labaki: Thinking outside the boxHistory of the Lebanese civil war: Coming to blows over a school textbook
Related Topics
Arabic language, Arabic literature, Lebanese Civil War, Literature
All Topics

Surging coronavirus cases in many parts of the world have overshadowed the start of this year's Muslim holy month of Ramadan, with festivities once again curtailed by contagion ... END_OF_DOCUMENT_TOKEN_TO_BE_REPLACED

German Middle East analyst Guido Steinberg and television journalist Ulrich Tilgner have both published new books on the conflicts in the Middle East. Their analyses and their ... END_OF_DOCUMENT_TOKEN_TO_BE_REPLACED

The famous temples of Baalbek, the ancient Heliopolis in Lebanon, are one of the largest Roman religious sites in the world and a World Heritage Site. The app "Baalbek Reborn: ... END_OF_DOCUMENT_TOKEN_TO_BE_REPLACED

The Syrian war has moved through many phases and included a number of changing actors. But one aspect has remained constant throughout: the Assad regime is using the conflict to ... END_OF_DOCUMENT_TOKEN_TO_BE_REPLACED

For years the Arab intellectual elite looked to Lebanon, coveting its atmosphere of freedom. Feigning the non-existence of repression, Beirut welcomed intellectuals from across ... END_OF_DOCUMENT_TOKEN_TO_BE_REPLACED

On the 10th anniversary of the Arab Spring we can’t quite escape that substance called remembrance. Yet, eschewing facile modes of nostalgic remembrance and/or tragic lamentation ... END_OF_DOCUMENT_TOKEN_TO_BE_REPLACED
Author:
Marcia Lynx Qualey
Date:
Mail:
Send via mail

END_OF_DOCUMENT_TOKEN_TO_BE_REPLACED
Social media
and networks
Subscribe to our
newsletter