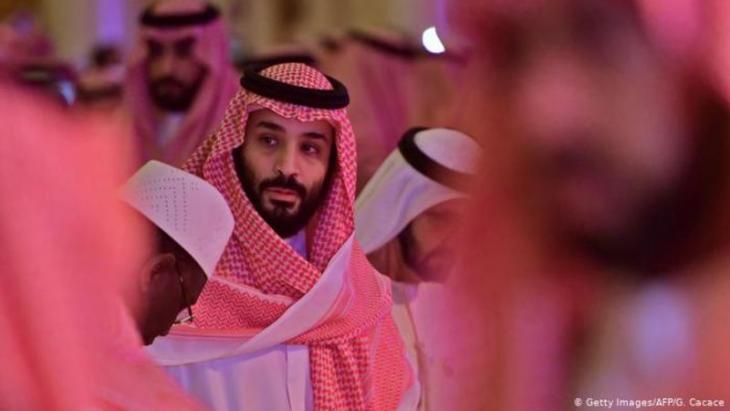 Is he a reformer, a despot, or both? Ben Hubbard's detailed biography explores Mohammed bin Salman's style of rule – even though he has not yet acceded to the Saudi throne. Moritz Baumsteiger read the book

A 384-page book might seem a bit much for the political biography of a man who's just turned 34 – particularly when you consider that the subject has only been close to the nerve centre of Saudi Arabian power for just half a decade.

Nevertheless, author Ben Hubbard, head of the Beirut office of the New York Times, can't be accused of any hastiness in the writing of his biography of Mohammed bin Salman. After all, over a period of five years, the young Crown Prince of Saudi Arabia's sensational decisions have catapulted him into the headlines more often than other monarchs during their entire tenure.

Moreover, as future regent of the regional power, he is likely to have a great deal of time at his disposal for spectacular manoeuvres that will affect the Middle East for decades to come. And even if the Crown Prince, whose name is often abbreviated to "MbS", moves away from his current rather impulsive decision-making style and develops a calmer approach to governance, his actions as absolute monarch of the largest, richest and most important Gulf state will always be viewed in the light of his political cold start in the year 2015.

Paving the way for far-reaching change 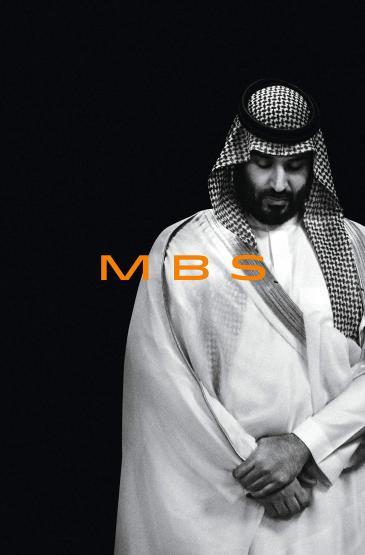 According to Moritz Baumsteiger, the regency-in-waiting of Mohammed bin Salman "shows that without democratisation, modernisation essentially remains hollow. The young heir to the throne may have gifted his subjects a few reforms. However, because he insists that the monarchy can be the only motor for change, the price for this is that Saudi society is starting to suffer from the paranoia of a surveillance state"

"MBS: The Rise to Power of Mohammed bin Salman" does not reveal any new unpublicised political scandals surrounding the Crown Prince. As Hubbard draws upon impressions gathered during many trips to the kingdom and conversations with Saudis from a variety of social groups, he succeeds in thoroughly examining and ordering the already familiar headline-grabbing events – of which there are quite a few.

Above all, his book juxtaposes the two seemingly contradictory characteristics of the young Crown Prince: on the one hand, we have the dynamic moderniser casting off established traditions. Hubbard writes that with a single royal decree, MbS weakened the clergy and paved the way for far-reaching changes.

Accompanied by large-scale PR campaigns, change came to the ultraconservative kingdom: women were finally permitted to drive, cinemas and concerts were suddenly viewed as compatible with abaya and qamis, traditional Saudi attire.

But at the same time and within a short period, MbS also gained the reputation of an incalculable tyrant: one who sidelines rivals, for example in late 2017 when he incarcerated more than 300 princes, politicians and businesspeople in a luxury hotel for weeks on end; one who spontaneously allows himself to be drawn into reckless manoeuvres, for example an intervention in Yemen; one who detains the Prime Minister of Lebanon on a state visit to Saudi Arabia, forcing him to resign as the cameras roll; one who has critics locked away or done away with in horrific circumstances, as in the case of the journalist Jamal Khashoggi. The development that led to Khashoggi's corpse being dismembered with a chain saw at the Saudi consulate in Istanbul is described with particular detail by Hubbard.

The writer quotes text messages between the journalist in exile and a supporter who, long before the events of October 2018, expressed concern should Khashoggi ever need to enter a Saudi consulate.

Even the keenest observers of the Saudi royal family did not predict that one day, MbS would dictate headlines the world over with manoeuvres such as these. Hundreds of princes competed with each other to be the one to carry into the third generation the power built up by the country's founder Abdulaziz al-Saud and distributed between his sons after his death in 1953.

Several of those princely aspirants distinguished themselves with a career in the military, others flew into space, others managed companies, many studied at prestigious foreign universities. MbS did none of all that.

Nevertheless, he was suddenly the one who, in the role of defence minister, led the Kingdom's air force into its first real wartime deployment; who had an army of expensive corporate consultants put together a "Vision 2030" aimed at reducing Saudi Arabian dependence on oil; who while on a visit to the United States, after daring to lecture President Barack Obama in public, undertook a coast-to-coast tour to shoot selfies with the elites of Washington, Hollywood and Silicon Valley. 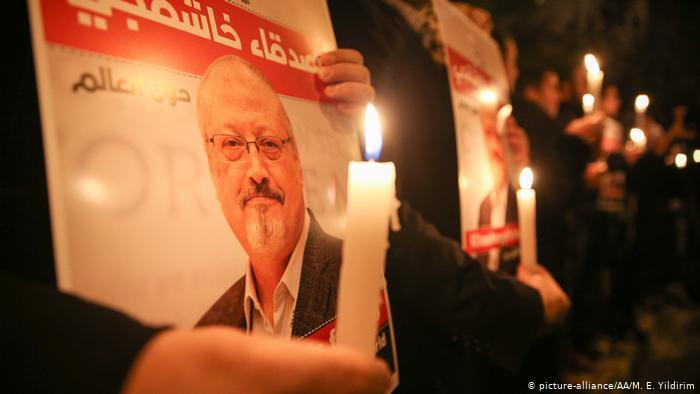 Vigil for the murdered journalist Jamal Khashoggi. Earlier this week, a Saudi court jailed eight people for between seven and 20 years for the 2018 murder of Saudi journalist Jamal Khashoggi. The sentences came four months after his family forgave his killers and enabled death sentences to be set aside. The UN, however, said that the trial lacked transparency and had fallen short on assigning accountability for the crime

"A democracy with just one vote"

"An absolute monarchy is essentially a democracy with just one vote," writes Hubbard, "and MbS received that of his father, the only one that counts." When his father Salman ascended the throne in 2015 – reportedly already showing signs of dementia – Mohammed boasted that he had "restructured the entire government" within the first 10 days of Salman's reign.

He arranged the royal court so that he was the one controlling access to his father – thereby continually consolidating his position. Whereas up to that point, an informal committee of the royal family would reach decisions together or postpone these should no consensus be found, now the only opinion that mattered was that of a relatively inexperienced young man who tolerated no contradictions.

Mohammed bin Salman views this power constellation as an advantage for his nation: "The kind of fast change that an absolute monarch can do in one step would take a traditional democracy 10 steps," Hubbard quotes a sentence reportedly uttered by the Crown Prince at an informal event in the US.

Thus far, however, and this becomes more apparent from page to page in Hubbard's book, the regency-in-waiting of Mohammed bin Salman represents another dynamic: it shows that without democratisation, modernisation essentially remains hollow. The young heir to the throne may have gifted his subjects a few reforms. However, because he insists that the monarchy can be the only motor for change, the price for this is that Saudi society is starting to suffer from the paranoia of a surveillance state.

Just as the Islamic Revolution fundamentally changed Iran 43 years ago and had an impact far beyond the country's borders, the current wave of protests sweeping the country is set ... END_OF_DOCUMENT_TOKEN_TO_BE_REPLACED

Unflattering terms were used at a German Football Association human rights congress aimed at "intensifying the discussion" ahead of the World Cup. One speaker in particular made ... END_OF_DOCUMENT_TOKEN_TO_BE_REPLACED

While the ongoing legal dispute between Qatar Airways and European aircraft manufacturer Airbus has sent shockwaves across the entire global aviation sector, it may also threaten ... END_OF_DOCUMENT_TOKEN_TO_BE_REPLACED

Like Christianity, Europe's history is one of migration. Both have strong roots in the Orient and in cultures thousands of years old. Cultural historian Bernhard Braun invites us ... END_OF_DOCUMENT_TOKEN_TO_BE_REPLACED
Author:
Moritz Baumstieger
Date:
Mail:
Send via mail

END_OF_DOCUMENT_TOKEN_TO_BE_REPLACED
Social media
and networks
Subscribe to our
newsletter