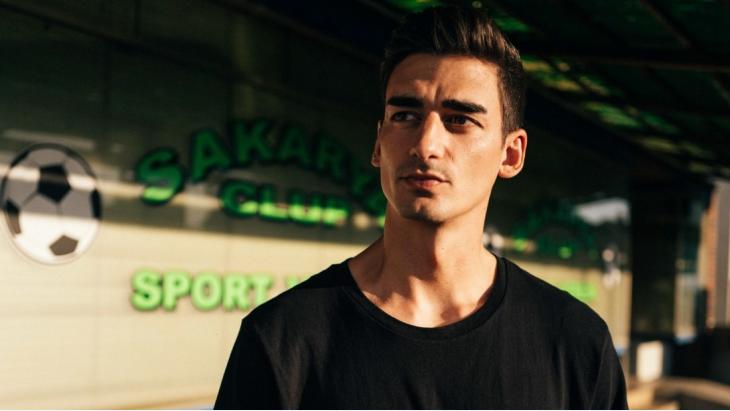 The hero of Cihan Acar's engrossing debut novel is a young Turkish-German man who has returned to "Hawaii", a troubled district in his native city of Heilbronn, searching for a new beginning in life after the premature end to his football career. As he does so, the simmering animosity between the city's self-appointed vigilante civil defence groups and Turkish mafia clans descends into full-scale war. By Volker Kaminski

A career on the football pitch can be over in the blink of an eye. At the age of just 21, Kemal was signed to Gaziantep in the Turkish League and was at the start of what he hoped would be a glittering career when he irreparably damaged his knee in a car accident of his own making.

His football dreams now in tatters, he returns to Germany to the troubled district of "Hawaii" on the outskirts of the small but tough city of Heilbronn. It is here that his parents still live and it was here he went to school until the scouts from Gaziantep whisked him away to the life of a professional footballer in Turkey.

In an attempt to get over this major personal setback, Kemal spends days wandering the streets of Heilbronn, meeting friends in clubs, strip joints and betting offices, searching for his ex, whom he still adores, and sometimes secretly paying a visit to the car park where the Jaguar he wrote off in the accident is parked. Kemal, whose conscience about the accident is bothering him, feels sorry for the car and engages it in dialogue out of sympathy. The novel focuses on this one week in Kemal's life.

Kemal has to a certain extent inadvertently matured as a result of his experience. He had stepped out into the big, wide world and is no longer susceptible to the provincial political tussling and power struggles on the streets of Heilbronn.

Nevertheless, he is drawn into his friends' back-street wheeling and dealing and allows himself to get involved in illegal betting, which proves his downfall. He turns to his parents, who above all want him to get a job, and borrows money from his uncle, without having any idea what he wants to do with his life.

Although he does at times feel at home in Heilbronn, breathing in the smell of soup that wafts out of the factory at Knorr's headquarters and envelops the entire city, he doesn't seem to see a future for himself either personally or professionally in the city. 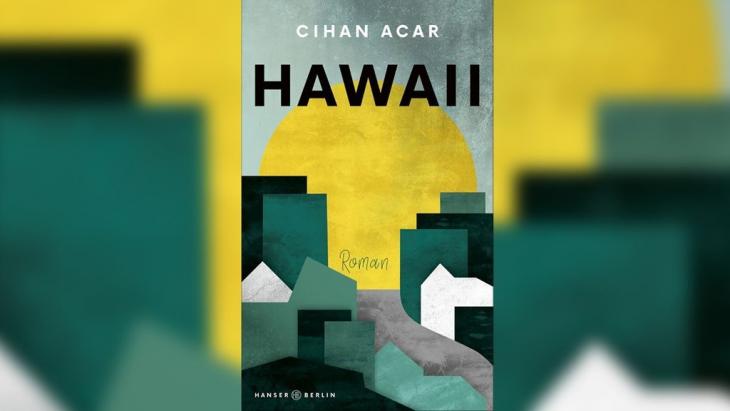 Cihan Acar narrates two days and three nights in the life of a young man, during which the main protagonist roams around the desolate problem district "Hawaii" and experiences all stages of longing, illusion and loneliness. "Hawaii" has nothing in common with the holiday island. It is a so-called problem district with run-down high-rise buildings, in which mainly migrants, like the protagonist's parents, live, and notoriously rough streets

Like a modern-day Holden Caulfield from J. D. Salinger's classic, "The Catcher in the Rye", Acar (born in 1986) allows his downright likeable, albeit often misguided, hero to learn more about himself by philosophising about the world.

"But I am not false," he says when he compares himself with the "false friends" of his beloved Sina, "I'm just stupid sometimes. There is a difference." The fact that he cannot forget Sina, the daughter of a rich architect who is living her drone-like life in her own little house, shows him to be a sensitive person whose heart is in the right place.

There are other similarities to Holden too: Kemal is similarly stubborn and also speaks in youth slang, which makes the novel even more readable and true to life.

But Kemal's difficult life is not the only thing that matters to the author. "Hawaii", the Heilbronn hotspot with its dilapidated houses, dreary urban railway station, small shops and ramshackle shopping centres, is described in such detail and with such an in-depth knowledge of the area that the text could almost be used as a guidebook for this part of the city. It can only be described as bizarre that this social hotspot shares a name with a place that evokes images of sunshine and holidays. However, the bitter punch line hinted at by the name "Hawaii" is to a certain degree extended in the novel.

Tension on the streets

As time passes, the seething and sinister rumblings of the daily friction between the "Kankas" (a Turkish group comprising mostly violence-prone bouncers and boxers) and the people wearing T-shirts emblazoned with the letters HWA (the acronym for the right-wing movement "Heilbronn, wach auf!" – Heilbronn wake up!) soon degenerates into a proper war on the streets.

The way in which the tension between the warring factions plays out while Kemal wanders through the streets becomes ever more significant as the story progresses.

In his early youth, it was possible for Kemal to innocently take his father's carefully preserved Turkish flag out of the chest of drawers to wave at football matches between the local German and Turkish clubs. Pretty much the only response to this unauthorised youthful act of patriotism was the silent rage of his father. That would no longer be the case now.

It seems that state institutions are no longer capable of ensuring the largely peaceful co-existence of the different sections of the population. The result: major riots, things set on fire, and wilful destruction. Indeed some of the scenes described in the novel are reminiscent of comparable situations in some of today's hotspots.

In this way, Kemal's inner conflict is projected onto the outside world like a reflection in a restless mirror, and the bruise on his forehead he sustains as a result of excessive violence in a circus tent (!) makes him an eye-witness to an uncertain present.

"Hawaii" is an astonishingly assured debut novel. And despite the oppressive seriousness with which some of the events are portrayed, it is also full of wit, executed with a deft touch.

Home
Print
Newsletter
More on this topic
Qantara dossier: LiteratureGermanyʹs Turkish migrants: The need to be somebodyDebate about racism: Germany is not the anti-racist model the U.S. is looking for
Related Topics
Book reviews, Literature, Migration, Migration in Germany
All Topics

Since 2015 there has been a surge of interest in Syrian writing in German translation. In this series of interviews, writers, poets, publishers, and artists in Berlin talk about ... END_OF_DOCUMENT_TOKEN_TO_BE_REPLACED

Tents, mud and cold: refugees contend with miserable conditions in Bosnia & Herzegovina. With the European Union demanding that Bosnia accommodate the asylum-seekers, its ... END_OF_DOCUMENT_TOKEN_TO_BE_REPLACED

Last year was one of a kind. 2020 saw the rapid spread of the coronavirus pandemic, putting a stop to the hajj. Though peace in the Middle East remains a pipedream, there was ... END_OF_DOCUMENT_TOKEN_TO_BE_REPLACED

When news broke that a vaccine against COVID-19 developed by a Turkish-born couple in Germany had promising results, many media reports placed the ethnic background of these ... END_OF_DOCUMENT_TOKEN_TO_BE_REPLACED

A German IT company has started an academy to train Palestinians in software development. Despite the pandemic's challenges, it has managed to run its first boot camp in Ramallah ... END_OF_DOCUMENT_TOKEN_TO_BE_REPLACED

Shortly after the expression was coined and found its way into German discourse, the concept of a "welcoming culture" was already being targeted by Islamophobic circles – and was ... END_OF_DOCUMENT_TOKEN_TO_BE_REPLACED
Author:
Volker Kaminski
Date:
Mail:
Send via mail

END_OF_DOCUMENT_TOKEN_TO_BE_REPLACED
Social media
and networks
Subscribe to our
newsletter