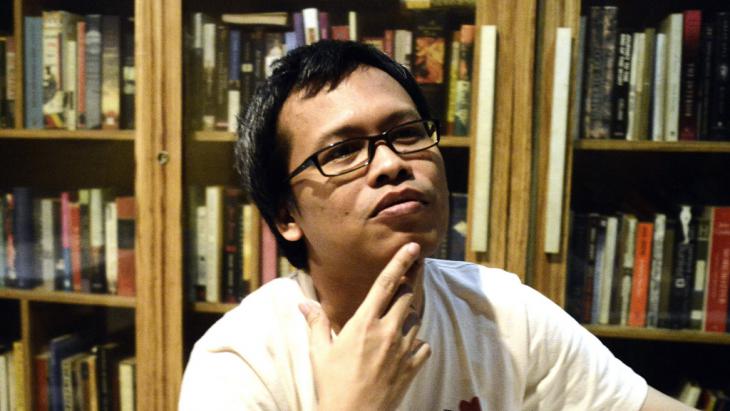 Indonesia′s literary shooting star, Eka Kurniawan, recently longlisted for the Man Booker International Prize, is already being hailed as Pramoedya Ananta Toer′s successor. Although ″Beauty is a wound″ was published in 2002, Kurniawan has only recently gained international recognition with its English translation. Sherif Abdel Samad read the book

At first, ″Beauty is a wound″ seems like an odd mixture of ″One Hundred Years of Solitude″ by Gabriel Garcia Marquez and ″City of God″ (2002) by Fernando Meirelles and Katia Lund. Gangsters, prostitutes, murderers, soldiers and crazed lovers comprise most of the 384 pages, documenting more than fifty years of Indonesia′s modern history, beginning with Dutch colonialism and continuing through the brutal Japanese invasion and gruesome Indonesian genocide of 1965-1966. Indeed perhaps it was these horrors that made Kurniawan opt for the literary form of magic realism.

″Beauty is a wound″ opens with the fantastical account that Dewi Ayu, the most famous prostitute of Halimundu, a fictional Indonesian town, perhaps reminiscent of Marquez′s Macondo, has chosen to arise from her grave after being dead for twenty-one years.

The reader than learns that Dewi Ayu was a prostitute for the Japanese during the war and that she slept with one hundred and seventy two men. ″The oldest one was ninety years old, the youngest one was twelve, one week after his circumcision.″ Dewi Ayu is the daughter of Dutch colonialists. Her grandfather had raped an Indonesian woman called Ma Iyang and separated her for sixteen years from her lover Ma Gedick. In order to atone for her grandfather′s behaviour, Dewi Ayu decides to marry her grandmother′s lover, now a senile old man, who in turn flees from her.

When asked why he opted for magic realism in his first novel, Kurniawan replied that Indonesia′s history could be told in many ways. ″I chose my way in order to show the history of Indonesia from different viewpoints and diverse perspectives, so I could invite people to revisit its meanings. This way, I could also use a lot of literary traditions, especially the local traditions, to counter the dominant narrative about the history of Indonesia.″

In a scene where captured Indonesian women await sexual enslavement by Japanese soldiers and the fatalistic Dewi Ayu endures her ordeal with the stoic saying: ″Fighting against the inevitable hurts worse than anything else″, Kurniawan is less concerned about describing shocking details of violence. Instead he maintains a linear thread of narration, told from a flashback narrative that seems to relativise historical events confined to a self-contained past, which begs the question as to whether there is an expiry date for historical accountability. 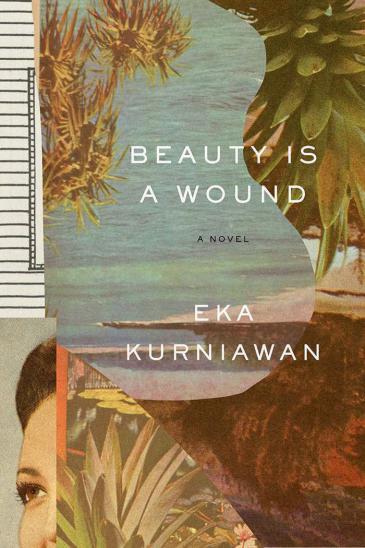 Asked why he opted for magic realism in his first novel, Kurniawan replied that Indonesia′s history could be told in many ways. ″I chose my way in order to show the history of Indonesia from different viewpoints and diverse perspectives, so I could invite people to revisit its meanings"

Yet the resurgence of the many ghosts that come to haunt Halimundu, particularly after the mass killings of Communist party members, indicates that the past will not be over until the culprits are held accountable.

In 1965 an alleged coup by the Indonesian Communist Party was countered by Major General Suharto, who ended the rule of President Sukarno, Indonesia′s first president. Suharto, who subsequently led the country for thirty one years, would wipe out the entire Communist party.

The massacres that ensued left almost one million Indonesians brutally massacred. Not one Indonesian official has yet been charged with the killings, though Kurniawan indicates that many elements of society continue to struggle ″to uncover the incident, fight for justice for the victims as well, while resisting the tyranny that underlies all these events.″

Joshua Oppenheimer′s documentary films ″The Act of Killing″ (2012) and ″The Look of Silence″ (2014) brilliantly analysed the lasting impact on Indonesian society, from the perspective of both perpetrators and victims.

In ″Beauty is a wound″, the ghosts of the victims continue to haunt the society, especially Shodancho, leader of the army troops in Halimundu who led the massacres.

″For years after the massacre he experienced terrible insomnia and then, when he did finally fall asleep, he suffered from sleepwalking. Communist ghosts were out to get him all the time.″

The conflict between Communists, army and thugs that ravaged Indonesia is epitomised when Shodancho, the soldier, the good-looking Communist Comrade Kliwon and the fearful thug Maman Gendeng marry Dewi Ayu′s three daughters. Consequently their offspring carry their parents′ conflicts along and in the end, catastrophe is bound to happen.

A penchant for pulp fiction

Kurniawan, who grew up at his grandparents′ house in a remote village in West Java, was equally influenced by the Hindu and Islamic tradition. His father worked as an English teacher in a private school, preached in the mosque and wrote articles for Islamic publications. Though young Kurniawan had almost no access to books, he soon discovered two libraries that offered horror stories, comics and Indonesian pulp fiction that Kurniawan grew particularly fond of.

″Although such novels are filled with exaggeration and dramatisation,″ says Kurniawan, ″they do show people′s real situation more closely. We can see our belief in superstition reflected in horror fiction, our high hopes for the emergence of true warriors ready to combat the arbitrariness of modern society in martial arts novels. I think that it shows the psychology of the people in general. I found it very useful to observe Indonesia in that way when writing my novel.″

And indeed Mayan Deng′s story, a gangster who marries Dewi Ayu′s second daughter and becomes Halimundu′s most notorious and feared thug, resembles a typical ″pulp fiction″ character, while at the same time revealing an important segment of Indonesian history: how the government co-operated with criminal groups and gangs to counter its opponents.

What distinguishes ″Beauty is a wound″ is a thrilling and unexpected turn of events. Kurniawan deftly maintains the suspense, only revealing a mysterious murder crime that engulfs Dewi Ayu′s grandchildren at the very end.

Though the book was not particularly well received in Indonesia′s literary circles, it was hailed as one of the best books in 2015 after the English translation came out – thus accentuating the importance of translators in uncovering hidden literary gems.

Despite its comic and satirical overtones, ″Beauty is a wound″ should not be seen as a light-hearted read. Satire is capable of urging a society to revalue its history and give public account – something that is desperately needed in modern Indonesia.

Water buffalo and oxen have been part of the work in Indonesian fields for centuries. But the draught animals are no strangers to sport either, as can be seen in two traditional ... END_OF_DOCUMENT_TOKEN_TO_BE_REPLACED

According to the latest Reuters tally, more than 2.54 million people are now reported to have been infected by the novel coronavirus globally and 177,004 have died. As Muslims ... END_OF_DOCUMENT_TOKEN_TO_BE_REPLACED

Around the Islamic world, lockdowns and curfews are being extended and religious ceremonies are being cancelled outright in the hope of slowing the spread of COVID-19. Here’s the ... END_OF_DOCUMENT_TOKEN_TO_BE_REPLACED

While some are beginning to protest the lockdown, others are unable to bury their loved ones in accordance with Islam. Here’s the latest from across the region END_OF_DOCUMENT_TOKEN_TO_BE_REPLACED

Coronavirus continues unabated. Iran remains a hub of infection, war-torn Syria has recorded its first case and Yemen is bracing itself for the worst. Here’s the latest from ... END_OF_DOCUMENT_TOKEN_TO_BE_REPLACED

As COVID-19 sweeps across the globe, it is forcing religions to adapt and take action to prevent infection. But experts warn against using the crisis to fuel conspiracy theories. ... END_OF_DOCUMENT_TOKEN_TO_BE_REPLACED
Author:
Sherif Abdel Samad
Date:
Mail:
Send via mail

END_OF_DOCUMENT_TOKEN_TO_BE_REPLACED
Social media
and networks
Subscribe to our
newsletter