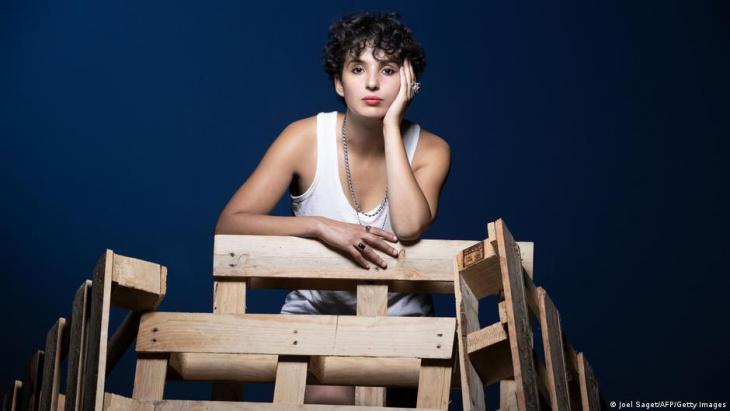 Book review: Fatima Daas' "The Last One"
Confessions of a Muslim woman

In her debut novel, Fatima Daas makes use of traditional narrative forms reminiscent of Koranic suras. The piercing, insistent rhythm of her writing style addresses topical issues such as same-sex love, gender and questions concerning her identity as a French woman with Algerian heritage. Volker Kaminski read the book

Fatima Daas – the name assumed by the 26-year-old writer and the also the name of her protagonist – realises early in life that she's different to the other girls at school. She spars with her classmates, irritates her teachers, enjoys reading and learning and gets good marks, but she isn’t able to fit in. This sense of otherness is one of the dominant themes in Fatima Daas' work.

In the novel she perpetually circles the theme, for which she seeks both an expression and a justification. "I’m searching for stability. Because it’s difficult to always be apart, apart from the others." "I’m a liar. I’m a sinner." "I’m 12 when I start dressing like a boy." "I’m an unsettled, unruly youth."

In a nod to the suras of the Koran, each of the – for the most part short – chapters begins the same way: "My name is Fatima (Daas)". The symbolic power of the name is further highlighted with the translation of the word Fatima: "little weaned she-camel". This form of address, repeated like a litany, comes across as an attempt at self-affirmation, as a firm determination to assert oneself in the world and secure a foothold there.

With persuasive openness she calls out her health issues (bad asthma and allergies) and introduces her family. In just a few brushstrokes she paints a vivid portrait of her mother who, as a traditional Muslim female is tethered for life to her "kingdom" (the kitchen), while her father runs a tight ship, tolerates no dissent and beats his three daughters with a belt.

Lesbian and religious: a perpetual trial

Fatima, who refuses to be a victim, seeks refuge in religion. She prays five times a day and feels the presence of "God everywhere I go and wherever I am", but her father has other ideas, hurling abuse at her in her teenage years: "You are a monster". As a result, she is torn between rebellion and fitting in. She wears a cap like the boys and prefers to hang out with them at school, but at the same time she feels drawn to the girls. 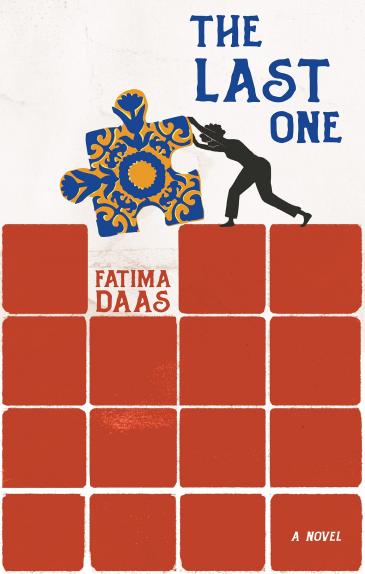 The life of a young lesbian Muslim woman between rebellion and conformity. "Fatima Daas has written a novel that – in a piercing, insistent rhythm, but not without poetic qualities – describes the life of a young woman whose feelings lurch between doubt and aversion, but who also discovers her own potential for great passion," writes Volker Kaminski

The state of being a girl and then a woman becomes a perpetual emotional trial and it is therefore not surprising that she detests having periods. A key feature of Fatima Daas' outstanding literary style is limiting herself to straightforward statements and simple sentences.

She distributes her pieces of information so cleverly that the text remains engaging and open at every point. Daas works with the conflicts that define her main protagonist, but reveals experiences and insights that show that the narrator has a firm grip on the strands of the story at all times.

"Love was taboo at home, intimacy and sexuality too." Such an environment leads almost inevitably to emotional atrophy and the inability to express and allow feelings: "I myself think it’s awful to say 'I love you'."

Even the love of her life Nina, who is 12 years older, can’t boost Fatima’s self-esteem. Although Fatima discusses everything with Nina and is sure of her feelings for the older woman, the relationship remains fragile: "Sometimes I’m afraid to be close to her, other times that I’m not close enough."

As a consequence, Fatima maintains several intimate relationships and seeks solace in the arms of her girlfriends when she doesn't know what else to do.

Pressure from school and family to fit in

At the same time, as long as Fatima is attending school her family continues to pressure her to keep her head down and fit in. "I'm supposed to be a girl, so I start putting on makeup at school. I wear my hair long. I'm looking more and more like a woman. The boys like that. I don't.”

Even when school is over and Fatima goes to college, her lifestyle remains out-of-focus, her relationships unsettled. The writer places these pieces of information at different points throughout the text, which thereby loses its chronological form, although the reader barely notices this.

She talks about having therapy for four years and meeting Nina at the age of 25, and at that at the time she's together with two women and they go to queer parties together. She seems to have come to terms with her life, but then she confesses: "Before Nina came into my life, I didn’t have the first clue what I needed and what was missing."

In the course of reading this novel, it becomes evident that Fatima is much more closely bound up with her family and its traditional values than she thinks. She repeatedly refers to her relationship with her sisters, father and mother. The great significance that religious practice has for her also reveals itself. She speaks with various people and an imam about whether the Koran fundamentally prohibits same-sex love, without outing herself as a gay woman in the process.

When she doesn't get a straight answer and the cleric explains to her that the Koran deems same-sex love to be sin, Fatima torments herself as she lies in bed and desperately begs God for forgiveness.  But as she prays, she knows that she can’t change herself:  "I declare my love quietly … I vow never to do it again, to do what's expected of me, to strengthen my faith and my worship … But there's this voice the background … This voice is my nafs – my soul – that entices me over to the 'bad side'."

The volatility sensed by Fatima and from which she finds no respite, is also mirrored in other areas of her life. For example, one day she discovers that as a late-born daughter, her arrival wasn’t planned and that her parents would actually have preferred to have a boy. "On that evening I understood that I’m not the person my parents expected. The daughter that they imagined. I'm the son they never had."

A further conflict is formed by her existence as a French woman of Algerian heritage. Unlike her sisters, she was born in France. On visits to the Algerian homeland, she meets grandparents and relatives who live in a totally different world which repels and captivates her in equal measure.

She senses the profound separateness between the two nations and the narrator also finds eloquent, incisive words to describe it: "In Algeria, France is both a rubbish dump and paradise at the same time." Fatima observes the foreigners with open eyes, senses the love extended to her by her relatives and writes after returning to France: "It feels as though I've left a part of me behind in Algeria, but every time I think I won't go back."

Writing is a way out of the unresolvable contradictions that torment Fatima and which she cannot escape. It is the novel that we are reading here and to which she alludes in a conversation with her mother in the final pages: "It tells the story of a girl who isn’t a real girl, who’s neither Algerian nor French, neither from the suburbs nor downtown Paris, a Muslim, I think, but not a good Muslim, a lesbian with instilled homophobia. What else?"

Fatima Daas has written a novel that – in a piercing, insistent rhythm, but not without poetic qualities – describes the life of a young woman whose feelings lurch between doubt and aversion but who also discovers her own potential for great passion. The result is a refreshingly topical portrait rendered beautifully from the original French. Indeed Daas and the German translator Sina de Malafosse were the worthy co-recipients of the International Prize for Literature 2021 awarded by the House of World Cultures in Berlin. The clear, concise sentences allow us as readers to sense the protagonist’s inner turmoil on each and every page and keep us in suspense until the very end.

Fatima Daas' "The Last One" is due to be published, translated by Lara Vergnaud, on 11 November 2021.

Sultana Khaya, 41, has been peacefully resisting the Moroccan occupation of Western Sahara for many years. Because of her campaign to assert the self-determination of the Sahrawi ... END_OF_DOCUMENT_TOKEN_TO_BE_REPLACED

Since Spain abandoned its traditional neutrality towards the conflict in Western Sahara, Morocco has announced a "new phase" in relations between the two countries. But what is ... END_OF_DOCUMENT_TOKEN_TO_BE_REPLACED

An increasing number of government ministries in Algeria are announcing they will abandon French in future. They may be reacting to the mood among the population, but the move is ... END_OF_DOCUMENT_TOKEN_TO_BE_REPLACED

Russia's ranking on the World Press Freedom Index has fallen again over the Kremlin's wartime censorship of the Ukraine conflict. From Myanmar to Mexico, journalists continue to ... END_OF_DOCUMENT_TOKEN_TO_BE_REPLACED

"Aboogi", on the City Slang label, is the latest release from Imarhan. Hailing from southern Algeria, Imarhan are one of the many bands that have emerged from the Tameshek ... END_OF_DOCUMENT_TOKEN_TO_BE_REPLACED

END_OF_DOCUMENT_TOKEN_TO_BE_REPLACED
Social media
and networks
Subscribe to our
newsletter