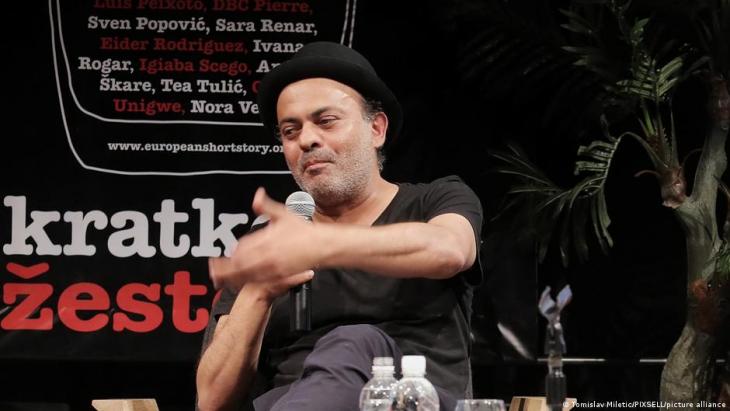 Reading Hassan Blasim's God 99 is an immersive experience of grief and exaltation, anger and disgust, writes Marcia Lynx Qualey. We join the Iraqi narrator as he sits around in seedy Finnish bars and plays slot machines; as he meets refugees and listens to their stories; as he exchanges letters with a dying friend; and as he crosses a kaleidoscopic series of borders

The protagonist of this experimental debut novel is "Hassan Owl", an Iraqi-born veterinarian and writer who now lives in Finland. He is not quite an echo of his author, although perhaps he is a distorted self-portrait. As the book opens, Hassan Owl gets a grant from the Finns to put together a blog he's calling "God 99". But instead of the 99 names of an omnipotent God, this blog will tell the stories of 99 of the world’s most vulnerable people.

Although God 99 is Blasim's first novel, he was already a well-known short-story writer, with work translated into more than twenty languages. In 2010, he was longlisted for the International Foreign Fiction Prize (IFFP) for his collection Madman in Freedom Square, translated by Jonathan Wright. His next short-story collection, also in Wright's translation, won the IFFP. He has also written both plays and filmscripts.

God 99 stitches together elements of all these forms. What the narrator says of his own work might also apply to Blasim's: "For ages, I've had a particular worry: that all I do is create a collage of techniques picked up here and there. There's nothing new but the details."

And while this might be true, in God 99, the details are often breathtaking. The book is mostly made up of conversations of one sort or another. One major thread is the letters exchanged between the narrator and an ailing friend called A.M., who is translating Emil Cioran's The Temptation to Exist. And while the letters are attributed a character, the book’s border between fiction and nonfiction is always porous. The book is dedicated to Blasim's friend Adnan al-Mubarak, and the letters between the two are apparently "the basis for the correspondence in this book". 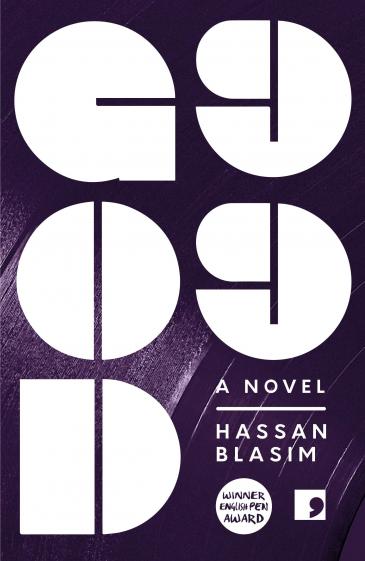 A distorted self-portrait: Blasim deliberately intertwines his own biography with Owl’s experiences. Stories spill into one another, while truth and invention become increasingly blurred: "I can no longer tell the difference between my real life and my imagined life," admits Blasim in interview

The second set of conversations are the varied "God 99" interviews woven into the novel. These are often left in a Q&A format, as though we are reading unedited transcripts of the narrator’s interviews. This gives each of them a raw feeling, as though we too are sitting and listening to their story unfold.

Hassan Owl explains that he didn't want the "God 99" blog to be a polished literary work. Instead, it should "have roughly the same rhythm as my uncle's garbled stories". Back in Iraq, his uncle’s stories originated on BBC radio. The problem was, his uncle didn't hear these news reports clearly, as the regime had jammed the station. His uncle then would take the scraps of these stories and re-tell them to his fellow coffeeshop patrons.

The third set of conversations, layered between the letters and interviews, are Hassan Owl’s talks with Finns. These are sometimes gently mocking, as when Hassan makes a bet with himself that the Finn beside him on an airplane will ask if he's reading a religious book. And indeed, "As soon as we're above the clouds, he asks, 'Arabic is a beautiful language. Is that the Koran?'"

But Owl also loves many Finns, and the relationships he has in Finland are both rough-edged and tender. And when all these varied conversations are layered together, it creates a beautiful cacophony. Finnish translator Sampsa Peltonen describes the novel as being like parkour, the urban sport that emerged from military obstacle-course training. As in parkour, the novel doesn't obey rules.

"Not everything makes sense, sentences run into each other, there are mistakes, sometimes a storyline seems to be cut short just because Hassan gets bored of telling it because he has already come up with a new idea," Peltonen says. "However, just like how parkour is beautiful to watch, like raw, elemental dance, Blasim's text sometimes takes one's breath away with unexpected beauty[.]"

A thousand and one stories

In a novel with so many nested stories, it is perhaps inevitable that Scheherazade will appear. As with the narrator of the Thousand and One Nights, stories save Hassan Owl’s life. Literature, he says, is a "magical, numbing medicine".

Yet, in one section, Hassan's childhood friend Habib decides that stories might kill, too. He was ordered to kill an old woman whose son wants to sell the family land, but Habib can’t bear to kill the old woman outright. He thinks that, with Hassan's help, he might delight the old woman to death with a story.

"I want heroin stories," Habib tells Hassan Owl. "All it will take is one overdose."

But as it turns out, the old woman is aware of what Habib's doing. Alia, we learn, was herself a translator and writer who worked under the pseudonym A.M. Eventually, she tires of pretending to be a dotty old woman, and she writes to Hassan, telling him how much she enjoys his stories. In one of the novel's many twists, young Habib dies before Alia does, victim to a car bomb.

Hassan Owl tells us that he often considered abandoning his God 99 project. But, he says, "Alia would keep the fire burning inside me, with her emails as firewood."

Gogol’s overcoat and waiting for Godot

The book is constantly turning in on itself, circling back to reveal new details about the characters and their stories. In the end, it returns to Hassan's uncle. With the last of his funding, our narrator travels to Cairo to search for this lost storytelling uncle. He follows clues about him that lead him up to the tunnels between Egypt and Gaza. Yet the novel doesn’t end with Hassan discovering his uncle. Instead, it shifts to a final exchange with A.M., who feels death is near.

Thanks in part to the letters exchanged with A.M., the novel is crammed with literary references. In the final pages alone, there is Italo Calvino’s 1983 novel Mr. Palomar; László Krasznahorkai's Satantango; Aristophanes; and the ghost of Naguib Mahfouz.

All these are layered together with sarcasm, violence, and despair. One of the book’s many charms is that it can tell a story of a stopped-up toilet beside one about the infinity of the cosmos. As Alia tells Hassan: "There’s no essential difference between Gogol's hero who is robbed of his overcoat and the men who waited for Godot."

Hassan Owl is both atheist and mystic, gritty realist and experimental thinker. Each of the God 99 stories he writes down, taken separately, might mark one banal life. But taken together, they create a different sort of sacred – out of vibrant, stinking, beautiful detail.

Despite what heads of state may claim, the Russian attack on Ukraine is not a wake-up call for a self-confident Europe that defends its values. The war is accelerating the decline ... END_OF_DOCUMENT_TOKEN_TO_BE_REPLACED

At the EU's outer borders, the right of migrants to a fair asylum procedure continues to be systematically disregarded. Take Greece, for example: in the worst case scenario, those ... END_OF_DOCUMENT_TOKEN_TO_BE_REPLACED

Madrid's about-face on the Western Sahara conflict has enraged Algeria. Trade relations have been frozen unilaterally and a cut in gas supplies to Europe could be in the pipeline ... END_OF_DOCUMENT_TOKEN_TO_BE_REPLACED

Mourad al-Marouai was just nine when a landmine killed him on a beach in war-torn Yemen, a tragedy that will haunt his family forever. After a swim, the little boy "suddenly ... END_OF_DOCUMENT_TOKEN_TO_BE_REPLACED

A ceasefire has been in effect in Libya for the past year and a half. Yet after Russia's attack on Ukraine, another proxy war looms in Africa's most oil-rich country. Mirco ... END_OF_DOCUMENT_TOKEN_TO_BE_REPLACED

The Ukraine war has seen energy prices spike with oil producers in the Middle East making more money than ever. But will it put the brakes on long-planned reforms to diversify oil ... END_OF_DOCUMENT_TOKEN_TO_BE_REPLACED
Author:
Marcia Lynx Qualey
Date:
Mail:
Send via mail

END_OF_DOCUMENT_TOKEN_TO_BE_REPLACED
Social media
and networks
Subscribe to our
newsletter