In the Country of Men

A country fraught with innuendos, a life fraught with danger – Hisham Matar, the son of a Libyan dissident, describes in his semi-autobiographical debut novel the childhood of a Libyan boy. By Georg Patzer 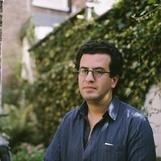 Hisham Matar was born in New York City to Libyan parents and spent his childhood in Tripoli and Cairo. Today he lives in London

​​Life is paradise, Suleiman is happy. He is nine years old, enjoying his school vacation, playing with his friends; and the mulberries are so delicious: "Every berry was like a crown made of tiny purple balls (…) Mulberries are the best fruit God created, I decided, and I imagined how young, high-spirited angels had secretly teamed up to plant this fruit in the Earth's soil after hearing that Adam and Eve were to be sent down to Earth as punishment (…) I plucked a berry, and it practically disintegrated in my hand. I placed it in my mouth, and it melted, the small ball exploding like fireworks. I ate another one, and then another."

But paradise has a few small flaws. His mother drinks too much medicine. She is often ill, but only when his father isn't there. He is a businessman and often travels to other countries. When he returns, there is a small party with presents, and his mother dresses up a bit.

Beginning of the catastrophe

But one time when Suleiman travels with his mother to Tripoli, he suddenly sees him on Martyr's Square But that evening his father phones and says he’s abroad and will return home the next day.

​​Whenever Suleiman can't sleep, because his mother has accidentally broken her medicine bottle, he crawls into bed with her. This is what he does whenever he is afraid, whenever his father isn't there and his mother becomes ill, and then she tells him stories.

Later she can't remember telling him and says: "You shouldn't have been listening." She tells him the story of how she got married, for example. When her uncle saw her holding hands with a boy in a café, she was forced to marry, at age fourteen.

And then disaster hits. Ustaz Rashid, neighbor and friend, is picked up by the secret police. It is said that he belongs to a group that opposes the government. Soon afterwards Suleiman's father also falls under suspicion.

His friend Musa and Suleiman's mother burn all their books and papers, but Suleiman hides one of them, "Democracy Now," because he wants to make his father happy by saving one of his books for him!

​​It is a dangerous time, shortly after the military coup of Colonel Gaddafi in Libya, who is prepared to do anything to solidify his power: arrests, torture, and suppressing the opposition. What does a nine-year-old boy understand about this?

Hisham Matar tells his touching story from the naïve, unknowing perspective of Suleiman. Much of the story is only implied, without evaluation, without judgment: that his mother's medicine is probably alcohol; that friendships cannot withstand a regime of terror; that the boy is always on the verge of betraying his father, accidentally, or because he wants to please the secret policeman. The story is only narrated; there is no explanation, no moralizing, no judgment, no condemnation.

In a succinct manner, we are told that Aunt Salma, Ustaz Rashid's wife, the best friend of Suleiman's mother, no longer comes to visit. Then he's told that he should no longer play with her son Kareem: "You shouldn't hang around that boy so much," she says. Never before had she called him 'that boy.' 'Right now it would be better if you stayed away from him.' (…) Whenever Kareem and I played together, I had a bad conscience." It destroys their friendship.

A country fraught with unperceived dangers

That something bad has happened is often atmospherically narrated: "When Baba came home the next day, he acted as if he weren't there. Eight days ago they had picked up Ustaz Rashid. Baba didn't bring presents this time like he usually did when he returned from a trip. (…) And he wasn't full of stories as usual, and he said nothing about the food Mama had prepared for his return. (…) When we sat at the table to eat, he didn't contentedly sigh 'home is best of all,' which always made Mama blush."

Matar makes it very clear that the boy is experiencing something without really understanding it, a life in the "country of men," a country fraught with innuendos and unperceived dangers.

With this combination of childlike innocence, adolescent presentiment, and later on, adult knowledge, Matar, sensitively and without any hint of pathos, describes a childhood on the edge of the abyss and always quite innocently a step away from betrayal.

Suleiman is spared this, for when he brings the book to the secret policeman, the tide has already turned for his father, and he already knows the name in the dedication.

Even the brutal scenes are narrated almost matter-of-factly, interspersed with childlike ideas and other stories, such as Ustaz Rashid's execution, his public humiliation, the raging mob, the urine on his pants, his terrible death. Or the time when his father came home, and all the mirrors were turned around, and the boy was not allowed to see his face.

Unfortunately, Matar spoils the good impression at the end, where after many years in Egyptian exile he gets sentimental when his mother visits him. But until then it is a very moving book, terrifying, sensitive, and very atmospherically written. It is a book that allows you a glimpse into a child's soul and into a society existing in a state of siege.

World Press Freedom Day
Libya's Forgotten Man
Since 1969 Colonel Gaddafi has taken a hard line against troublesome representatives of the media. This uncompromising stance is exemplified by his treatment of the Libyan journalist Abdullah Ali al-Sanussi Al-Darrat, who has been missing since 1973. By Hamid Skif

Dossier
German-Arab Literature Exchange
Literature has always been an important means of cultural exchange and dialogue. Translators and publishers live on the edge of poverty to make a beloved foreign world visible. Qantara.de presents some Arab and German figures.