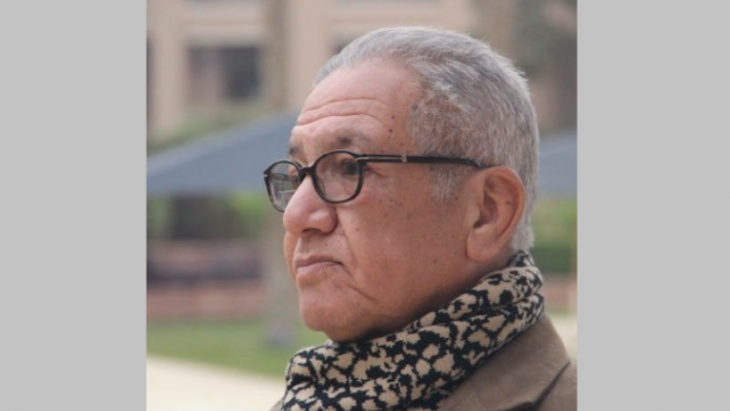 A haze of nostalgia pervades ″Menorahs and Minarets″ (2017), the third and final novel in an ambitious trilogy by Egyptian author Kamal Ruhayyim. All three books have now been ably translated into English by Sarah Enany. Marcia Lynx Qualey has the details

There isn′t a central plot-driver in this third book, originally titled Ahlam al-′awda, or Dreams of the Return. The book opens as our protagonist, Galal, returns to Cairo in the late 1970s, following ten years abroad. Here, Galal could be any returning migrant: he haggles over the taxi fare, is startled by the increase in prices and looks on in dismay at how much his street has changed.

The first book, originally titled Qulub munhaka: al-muslim al-yahudi or Exhausted Hearts: The Muslim Jew (2004), was published in English as ″Diary of a Jewish Muslim″ in 2014. It opens, charmingly, from the point of view of the infant Galal crawling at the feet of his Jewish mother. Galal′s Muslim father died before his birth, in the Suez War of 1956 and this first book follows Galal as he grows up between his mother′s cosmopolitan Jewish family and his father′s family of Muslim peasants. The second book, ″Days of the Diaspora″, chronicles Galal′s departure from Egypt and the hardships of starting a new life in Paris.

This third book returns to Cairo. ″Menorahs and Minarets″ focuses on the changes that rocked Egypt in the 1970s and its gaze swings between the changing landscape of Muslim peasant farmers and the disappearance of Egypt′s thriving urban Jewish community.

There is no central, page-turning conflict in ″Menorahs and Minarets″, as there was in the other two novels. There are moments that could have been played for suspense, such as when Galal and his business partner are swindled, or when Galal′s Jewish mother returns to Egypt. 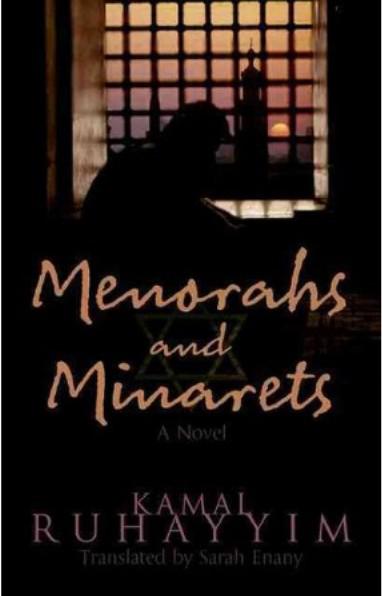 A guilt-ridden, conflict-wracked relationship: ″the reader is left with the uncomfortable suggestion that this mother-son relationship might by a parallel to the relationship between Egypt and its Jewish community. Was that, too, a ′diaspora of the heart′?″ askes Lynx Qualey

There are also potential romantic partners, Nadia and Hadeel. But none of this really matters to Galal, who never figures out what he′s seeking, whether it′s money or family, homeland or love.

The author, himself a migrant to France, is not of Jewish descent. He chose to write the trilogy, according to his son Ahmed, ″so the Egyptians remember″ their country′s Jewish population ″and keep their memory immortal.″

The weight of this unchangeable past sits heavily in ″Menorahs and Minarets″. Galal is now a middle-aged man, so there is no more coming-of-age. His wife died on their honeymoon, so he has no children to raise. There is no clash between Muslim and Jew, because Egypt′s Jewish community is gone.

There are potentially important questions: can Galal still be both culturally Muslim and Jewish? What does the expulsion of his country′s Jewish community mean for its future? But the novel never quite asks them.

Throughout, Galal has trouble coming to any decisions. After his initial arrival, ″Month after month passed″ as Galal wonders what he should do next. ″Ten months since I came to Egypt, sitting around like a bum.″ The narrative sits around with him. There are compelling, sometimes humorous descriptions of character and place. But the novel never leaps up and takes action.

There are sympathetic Jewish characters in ″Menorahs and Minarets″, as there were in the previous two novels. Yet none are as likeable as Galal′s grandfather Zaki, who dominated the trilogy′s opening book. When Zaki was around, the conflicts between Egypt′s Jewish and Muslim communities were sharp and vivid.

In this novel, a gentle haze lowers over the past. Hazzan is the lone Jewish character to remain in Cairo. He mentions that Jews experienced ″ill-treatment from the men of the revolution″ in the 1950s, but gives no specifics. And Hazzan is quick to patriotically add ″the Zionists were worse, trying to make Israel seem attractive, saying it was the promised land and good things await you there[.]″

What really happened in the years Galal was in Paris to so thoroughly drive out Egypt′s Jewish population? We never find out.

Why can′t Galal come of age?

Galal′s background makes him a wonderfully complex character: he′s a middle-class man who both hates and values the poor; he′s a Muslim who isn′t sure what to think of his Jewish family; he′s a son who feels affection for his mother when she′s far and disgust when she′s near. Although he′s a middle-aged man, this third novel could be yet another coming-of-age, since Galal – like the protagonist of Waguih Ghali′s classic Beer in the Snooker Club – hasn′t yet made the decision to grow up.

The heart of ″Menorahs and Minarets″ is the guilt-ridden, conflict-wracked relationship between Galal and his mother. Galal asks himself if Camellia was an ″unfortunate mother″ and he an ″ungrateful, unjust son? Or was it a diaspora of the heart, not of our own making, hurting me and her in equal measure?″

It′s a moving moment. But it also leaves the reader with the uncomfortable suggestion that this mother-son relationship might by a parallel to the relationship between Egypt and its Jewish community. Was that, too, a ″diaspora of the heart″, where two populations simply parted ways for reasons that are no one′s fault?

The trilogy opens with hope: Galal, a Muslim baby, being raised in Cairo by a Jewish family. It ends in the same city, ambivalently, with a Muslim funeral for a Jewish returnee. As it rolls to its conclusion, the book is hobbled by looking to the side, by never taking an open, critical gaze at what Egypt lost with its Jewish population. But even this glancing-away is part of the fascinating landscape Ruhayyim has created: part peace offering, part nationalism, part eulogy, headlined by a character who never decides what he wants to want.

The Algerian state's insufficient response to a recent spate of femicides has driven hundreds of women to defy coronavirus lockdown restrictions to take part in street protests, ... END_OF_DOCUMENT_TOKEN_TO_BE_REPLACED

EU parliamentarian Dietmar Koester criticises the Union's failure to speak up when faced with human rights abuses committed by its Middle Eastern allies, while pointing out that ... END_OF_DOCUMENT_TOKEN_TO_BE_REPLACED

On the 10th anniversary of the Arab Spring we can’t quite escape that substance called remembrance. Yet, eschewing facile modes of nostalgic remembrance and/or tragic lamentation ... END_OF_DOCUMENT_TOKEN_TO_BE_REPLACED

In her third and most recent novel, Paris-based Algerian author Kaouther Adimi writes almost prophetically about a rebellion by a handful of children against the rigid and ... END_OF_DOCUMENT_TOKEN_TO_BE_REPLACED

Mass protests began in Egypt on 25 January 2011. They triggered the overthrow of long-time ruler Mubarak. Ten years later, many human rights activists and journalists are in ... END_OF_DOCUMENT_TOKEN_TO_BE_REPLACED

END_OF_DOCUMENT_TOKEN_TO_BE_REPLACED
Social media
and networks
Subscribe to our
newsletter