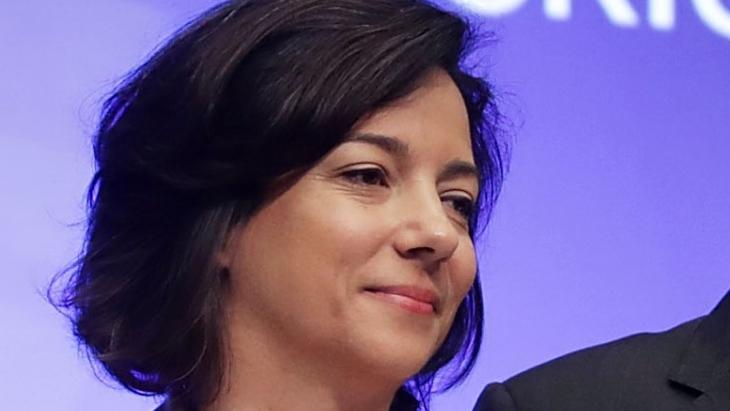 In "Black Wave: Saudi Arabia, Iran and the rivalry that unraveled the Middle East", Dutch Lebanese journalist Kim Ghattas describes the past 40 years in the Middle East and North Africa as a struggle for hegemony between Saudi Arabia and Iran. Throughout the book, she focuses above all on the societal dimension of this rivalry. Daniel Walter read the book

Peshawar in the early 1980s. After the Soviet invasion of neighbouring Afghanistan, this major Pakistani city became something of a melting pot of international Islamism. From far and wide they came: men and women who were willing to fight the Red Army, or at least to help those who wanted to oust the Soviets from Afghanistan. The steady flow of cash from Saudi Arabia and the U.S. ensured that there was no lack of material for the fight.

Also in Peshawar at this time was a young Saudi journalist who was sending rapturous, excited dispatches home to the Saudi newspapers. He saw the jihadist International as a symbol of the unity of the umma. In his eyes, the mujahideen were waging a good war against the infidel Soviet invaders. His name was Jamal Khashoggi.

In late 2018, Khashoggi was brutally slaughtered in the Saudi consulate in Istanbul. The one-time supporter of Saudi power ambitions had turned into a critic of the confrontational course of modernisation being pursued by Crown Prince Mohammad bin Salman.

For Kim Ghattas, there are clear parallels between the life and death of Jamal Khashoggi and the recent history of the Middle East and North Africa. For Ghattas, who spent many years as a BBC correspondent, Khashoggi's murder in Istanbul was the "latest, most unexpected, and macabre twist in the competition between Iran and Saudi Arabia."

Ghattas' key thesis in her book Black Wave: Saudi Arabia, Iran and the rivalry that unraveled the Middle East is that this rivalry, more than anything else, has shaped the history of the region over the past 40 years. 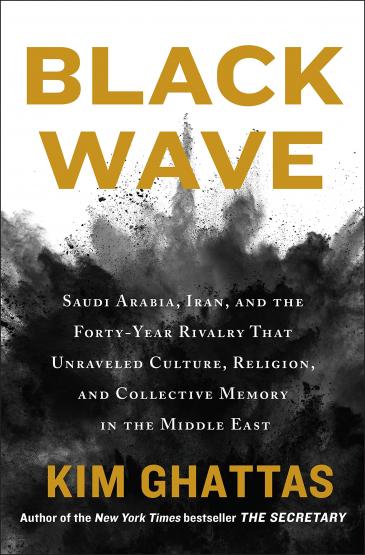 "What happened to us?" The wistful tenor of this central question and Kim Ghattas' tangible horror towards the region's violent recent history set the tone. Over the course of 400 pages, she describes the fatal impact of the antagonism between the Saudi kingdom and the Islamic Republic – from the Lebanese civil war to the rise of Islamic State

Over the course of 400 pages, she describes the fatal impact of the antagonism between the Saudi kingdom and the Islamic Republic – from the Lebanese civil war to the rise of Islamic State.

The overarching question she endeavours to answer in all this is "What happened to us?" The wistful tenor of this question and the tangible horror she feels in response to the region's violent recent history set the tone for the book.

However, anyone who feels reminded of the late Bernard Lewis, or fears that this could be just another book about the alleged centuries-old sectarian Muslim feud need not worry.

Right at the outset, Ghattas takes a firm stance against cultural chauvinism and the ahistorical myth of the eternal religious war. She does not share the view that events in the region and how they develop are a foregone conclusion.

The book is divided into three main sections: Revolution, Competition and Revenge. This structure in itself makes it clear that Ghattas did not write this book first and foremost for Middle East experts, but was aiming for a history that would be accessible to a broad readership.

There were two Islamic revolutions in 1979

Two very specific events mark the beginning of the fatal dynamic of the past 40 years: the Islamic Revolution in Iran and the seizure of the Grand Mosque in Mecca by militant Islamists.

This thesis in itself is nothing new; countless books have been written about the pivotal year that was 1979.

Ghattas, however, sees an imbalance in the way the two events were reported: while developments in Iran made front pages the world over, events in Saudi Arabia "unfurled quietly". As far as Ghattas is concerned, however, "there were two Islamic revolutions in 1979".

The revolutionary religious rhetoric of Ayatollah Khomeini and the contemporaneous challenge to the legitimacy of the House of Saud as the guardian of the two holy sites radiated out from these countries, impacting leaders right across the Islamic world. This becomes clear when attention shifts to other countries. There seemed to be a desire to "emulate or outdo" revolutionary Iran, frequently with the financial or organisational backing of Tehran and Riyadh.

And so it was with Pakistan, where the dictator Zia ul-Haq introduced draconian Sharia law on 10 February 1979, just a day before the Iranian Shah was overthrown. Saudi Arabia's influence in Pakistan was particularly high at this point, having steadily grown as a result of the former's funding of Koran schools in Pakistan in the 1980s. Generally speaking, it is welcome that Black Wave devotes more attention to Pakistan than is normally the case in comparable books.

Ghattas also devotes a considerable portion of the book to Egypt. She writes: "Egypt's transformation was a prime example of how local dynamics would become exacerbated and magnified by the Iranian Revolution." The rise of the Muslim Brotherhood and even more radical movements, the assassination of President Anwar Sadat in 1981, or the assassination of secular intellectuals such as Farag Foda in 1992 are evidence of this development.

It is no coincidence that the "black wave" that gives the book its title was coined by the famous Egyptian filmmaker Youssef Chahine, who used the metaphor to warn of the spread of Islamism, but who also trusted – erroneously as it would turn out – in the strength of liberal resistance within Egyptian society.

Ghattas consistently views events from a variety of perspectives and focuses on people's lives. She links each country to the biographical stations in the life of a well-known person. In addition to Jamal Khashoggi in Saudi Arabia, these include, among others, women's rights activist Masih Alinejad, who grew up in Iran, or Pakistani television anchor Mehtab Channa Rashdi. Their stories clearly show the impact these radical societal changes had on people's everyday lives.

Black Wave certainly does not claim to explain every problem in the region. Time and again, Ghattas touches briefly on subjects such as the left-wing forces in the region that were suffocated in the crush of the struggle between the anti-Communist stance of dictatorships looking to the West and Islamist forces, thereby reducing the space for political alternatives. Her main focus is, however, on the history of ideas, personal networks and local societal dynamics. In this respect, the book is occasionally reminiscent of the work of the Indian essayist Pankaj Mishra – albeit with less theory and dialectics.

Although much of what is written in Black Wave will be familiar to readers who have a good knowledge of the history of the region, they too will find the correlations it describes worth reading. And it is these correlations that help provide an overarching history of the Iranian–Saudi rivalry.

When is it and when is it not acceptable to display a political banner at the World Cup in Qatar? The answer seems to depend largely on the political message, with fans ... END_OF_DOCUMENT_TOKEN_TO_BE_REPLACED

The Kurds are under attack from two sides: from Turkey, and from Iran. The situation in their territories in northern Iraq is becoming increasingly desperate. Birgit Svensson ... END_OF_DOCUMENT_TOKEN_TO_BE_REPLACED

Iranians do not want an Islam that interferes. They are fed up with a system that manipulates people with simple promises of salvation and anti-Western propaganda. Islamic ... END_OF_DOCUMENT_TOKEN_TO_BE_REPLACED

"The Voice of Dust and Ash" draws us into the life and times of Iranian maestro Mohammad Reza Shajarian with passion and joy, focusing on the man who stood, and still stands, for ... END_OF_DOCUMENT_TOKEN_TO_BE_REPLACED

November 2022 sees the Arab world firmly in the spotlight with the COP27 in Egypt and the FIFA World Cup in Qatar. Public trust in MENA governments is weak, thanks to their ... END_OF_DOCUMENT_TOKEN_TO_BE_REPLACED

In Iran, two famous actresses, Hengameh Ghaziani and Katayoun Riahi, were arrested recently. These days anyone who shows solidarity with the protesters is a target to be silenced ... END_OF_DOCUMENT_TOKEN_TO_BE_REPLACED
Author:
Daniel Walter
Date:
Mail:
Send via mail

END_OF_DOCUMENT_TOKEN_TO_BE_REPLACED
Social media
and networks
Subscribe to our
newsletter