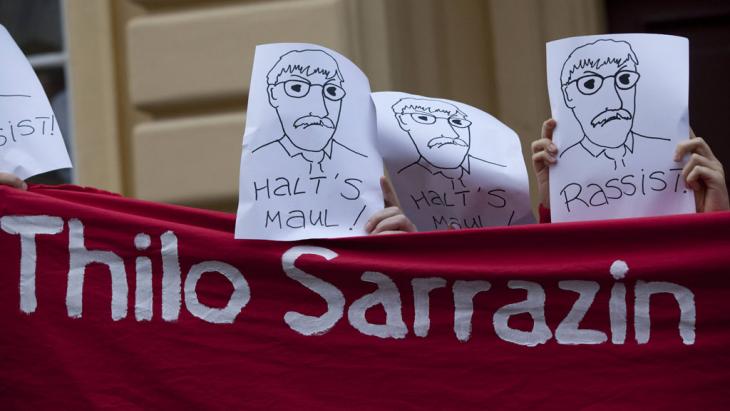 In 2010, the German politician and former member of the board of the Bundesbank Thilo Sarrazin, caused a nationwide uproar with his hugely controversial theories on intelligence, class, race, immigration and multiculturalism. The prominent migration specialist Klaus J. Bade has now written a book on the ensuing debate. According to Andreas Pflitsch, Bade's analysis is thorough, but he completely misses the essence of the matter

Sarrazin presented his book at the Federal Press Conference and was a guest on the popular German television shows "Beckmann" and "Hart aber fair". Both writer and publisher succeeded in pulling off a publicity coup that was rewarded with five-digit sales in the first two days after the book's release. "Deutschland schafft sich ab" is now one of the top-selling works of non-fiction in the history of the Federal Republic.

Sarrazin's ideas obviously fell on fertile ground. The author deftly cast himself as someone who, with his basic criticism of immigration to Germany, was expressing a truth that otherwise falls victim to the dictates of political correctness.

Criticism from all major parties

Right from the outset, the book's enormous success at generating both sales and interest came up against explicit criticism from across the entire political spectrum. From the prime minister of the state of Hesse, Roland Koch ("unbearable"), through Alexander Dobrinth of the conservative Bavarian party CSU ("The guy's got a screw loose"), to Chancellor Angela Merkel ("stupid and not constructive"), the conservative camp was united in its rejection of the book. 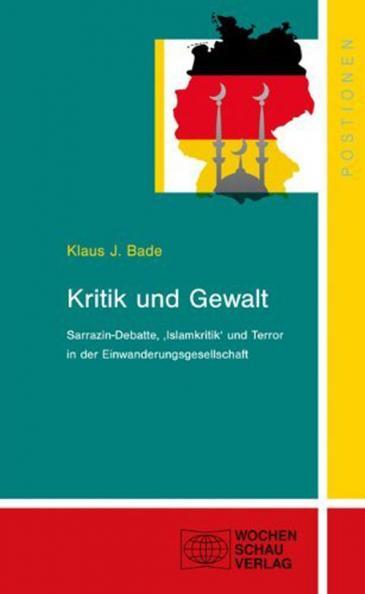 "Hefty tomes are an ineffective weapon against Sarrazin; waiting patiently for interest in him to subside would be more fruitful," writes Andreas Pflitsch

The response from the Social Democrats (SPD), members of the Green Party and left-wingers was always going to be critical. SPD Chairman Sigmar Gabriel publicly urged Sarrazin to leave the party. For Green Party members Volker Beck ("hate-filled tirades") and Tarek al-Wazir ("nonsense without any knowledge of the history of immigration"), Sarrazin's statements were nothing less than pure racism.

In his book "Kritik und Gewalt. Sarazin-Debatte, Islamkritik und Terror in der Einwanderungsgesellschaft" (Criticism and Violence. The Sarrazin Debate, Criticism of Islam and Terror in the Immigrant Society), the migration specialist Klaus J. Bade has carried out an exhaustive study of the Sarrazin case and its background. Bade was Professor of Modern History at Oldenburg University until his retirement in 2007.

Saturated with facts and figures and written in a composed tone that only takes on a polemic character on rare occasions and always remains focused on the subject matter in question, Bade deals with the "outraged substitute debate for the anxiously suppressed discourse on a new collective identity within the immigration society."

Since the early 1980s, Bade has been among those calling for a pro-active migration and integration policy and lobbying to raise awareness of the fact that Germany is a country of immigration. In the early 1990s, he founded the Institute for Migration Research and Intercultural Studies (IMIS) in Osnabrück; and as long-time chairman of the Expert Council of German Foundations on Integration and Migration, he has been active as a policy advisor.

Not an exercise in reckoning

Bade must have been deeply aggrieved when Sarrazin's generalisations bulldozed the fruits of decades of research and scholarship in a matter of days. Nevertheless, his book does not read like a reckoning from an aggrieved person. Objective, incisive and meticulously researched, he traces the media discourse, questions the motives of those who participated in the debate, cleverly and critically dissects similarly complex cases such as those of Necla Kelek, Ralph Giordano and other "Islam critics", and applies the whole to the serious subject of migration research.

Finally, Bade explores the relationship between the potency of words and deeds before making a highly audacious connection with the mass murder committed by Anders Breivik in Norway and the NSU murders in Germany. With this, Bade has succeeded in issuing a fascinating contemporary diagnosis of German sensitivities and making a substantial contribution to charting current developments in the mindset of the German media landscape – all of which addresses issues above and beyond the actual Sarrazin case. 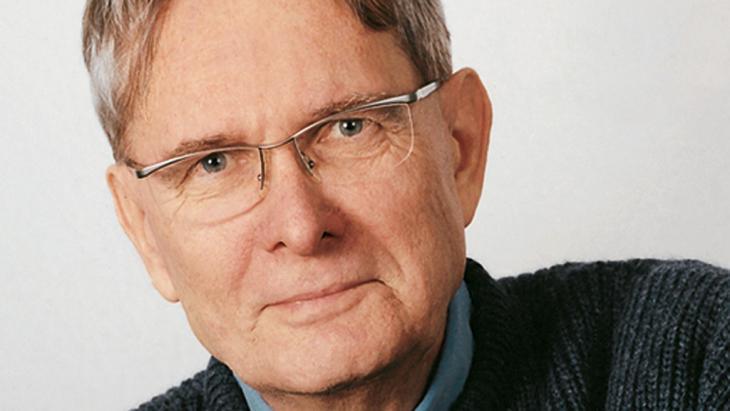 "Bade has succeeded in issuing a fascinating contemporary diagnosis of German sensitivities and making a substantial contribution to charting current developments in the mindset of the German media landscape – all of which addresses issues above and beyond the actual Sarrazin case," writes Andreas Pflitsch

Nevertheless, his book does not reach the essential core of the problem. One of the particular features of the Sarrazin phenomenon is that even the sharpest criticism and the clearest rejection of his theories did nothing to dent the success of his book. On the contrary: the stronger the counter-currents, the easier it was for him to cast himself as the victim of politically correct thought constraints and ascend to the status of spokesman of a silent majority.

In this way, his critics unwittingly helped him by making him the martyr of an apparently suppressed truth. Any attempt to refute his theories was therefore instantly reinterpreted into a confirmation of them. It was a vicious circle.

And because in the case of this particular dialectic we are not dealing with a subsidiary aspect of the Sarrazin debate, but with its essential core, Bade's perfectly honourable efforts are doomed to failure.

His observations are destined to trail off into nothingness, because with his unbroken faith in the power of explanation; he overlooks the potency of this dialectic with an almost touching naivety. In his book "Wie man mit Fundamentalisten diskutiert ohne den Verstand zu verlieren. Anleitung zum subversiven Denken" (How to Talk to Fundamentalists Without Going Insane. Guide to Subversive Thought), Austrian philosopher Hubert Schleichert made reference to the mechanisms of this non-argumentation: "One of the essential features of the true fanatic," he writes "is that he cannot be swayed by any kind of argument – no matter what it is."

The fact that Bade misjudges this state of affairs means that his book exudes a rather sad futility. Supporters of Sarrazin won't read it and if they do, they will feel vindicated. Opponents of Sarrazin who read it will also come away with a sense of vindication. All of which leaves us with an intellectual zero-sum game.

Hefty tomes are an ineffective weapon against Sarrazin; waiting patiently for interest in him to subside would be more fruitful. "Ideologies," says Schleichert, "are not refuted or vanquished, they become obsolete, tedious, ignored and forgotten." So there we have it: the time has come to forget Sarrazin!

After at first agreeing to accept the grand prize as "Cultural Personality of the Year" in the Sheikh Zayed Book Award, Juergen Habermas then decided to decline the honour. A ... END_OF_DOCUMENT_TOKEN_TO_BE_REPLACED

Philosopher Juergen Habermas was due to be awarded a major Arab prize in Abu Dhabi, but has turned it down following criticism. This decision torpedoes Arab efforts at a ... END_OF_DOCUMENT_TOKEN_TO_BE_REPLACED

At nearly 92, Juergen Habermas is still advocating for a robust and transparent civil society. Now Germany's greatest living intellectual has rejected a book award from the United ... END_OF_DOCUMENT_TOKEN_TO_BE_REPLACED

Violent and racist crimes are on the up in Germany, according to official statistics on politically motivated crimes. Crimes by right-wing extremists hit their highest levels ... END_OF_DOCUMENT_TOKEN_TO_BE_REPLACED

In his book "Ground Zero: 9/11 und die Geburt der Gegenwart" (Ground Zero: 9/11 and the Birth of the Present) Islamic scholar Stefan Weidner analyses the consequences of the ... END_OF_DOCUMENT_TOKEN_TO_BE_REPLACED

Among Muslims, the image of women as "cossetted hijab-wearing princesses" is frequently invoked. But Muslim women have long wanted to be more. In her essay, Karoline Roscher- ... END_OF_DOCUMENT_TOKEN_TO_BE_REPLACED

Comments for this article: Forget Sarrazin!

"One of the essential

"One of the essential features of the true fanatic," he writes "is that he cannot be swayed by any kind of argument – no matter what it is."

END_OF_DOCUMENT_TOKEN_TO_BE_REPLACED
Social media
and networks
Subscribe to our
newsletter