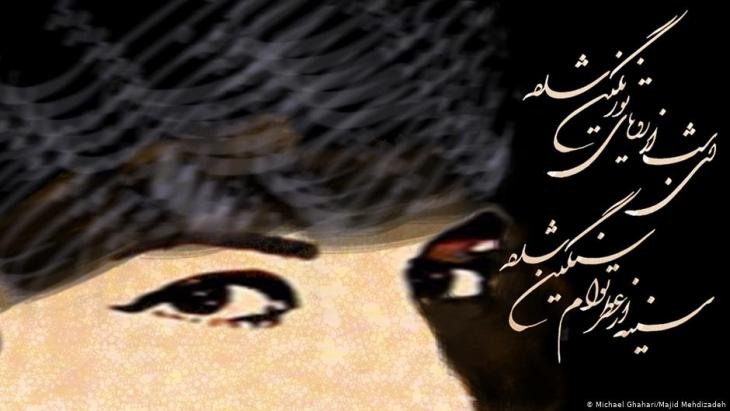 Iran’s contemporary poets are less well known in Germany than the old Persian classics. Kurt Scharf has now translated 32 of them into German. Marian Brehmer dipped into the anthology

Bringing poetry from the original into another language is never an easy undertaking. And with Persian poetry, rich in images and drawing on a linguistic and metaphorical treasure trove accumulated over more than a thousand years, the task is particularly challenging.

Even if these poems were only written during the last century; how do you translate the sensibilities anchored in Iranian culture, or the allusions to the great classics of Persian literature? Is it possible to do without footnotes? What do you do with antiquated words and daring syntax?

The playful ambiguity of the wine metaphor

In "Halt aus in der Nacht bis zum Wein" ("Endure in the night until the wine") Kurt Scharf, a cultural mediator and literary translator, tackles poems by 32 contemporary Iranian poets. The title of the anthology comes from a verse by a poet from Shiraz, Mansour Oudji, and plays on the playful ambiguity of the wine metaphor in Persian poetry. In Persian, wine can be earthly – intoxicating wine, made from grapes – or a symbol of love, or even of mystical rapture. 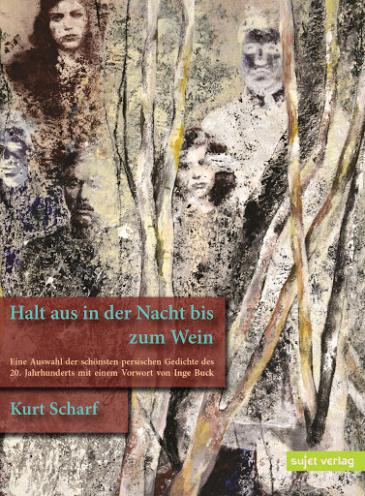 With his anthology "Halt aus in der Nacht bis zum Wein", Kurt Scharf provides readers with an insight into the extraordinary role of Persian poetry as a reservoir of various trains of thought and thus of the extraordinary relationship that Iranians still maintain with their poetry today

Scharf has been making a name for himself since the 1990s as one of the few German translators from Persian, most recently with several novels by the Iranian writer Amir Hassan Cheheltan. Scharf has also brought literature into German from the Latin American varieties of Spanish and Portuguese. However, in comparison to translating the Persian verses, he says: "At the moment I am working on a translation of a Brazilian novel, and finding it a very restorative project."

The poets in this volume, which is published by the Bremen-based Sujet-Verlag, are part of the pre-revolutionary generation, and the pinnacle of their careers came in the two Pahlavi eras. A few have already died, but some still live in the Islamic Republic, while others have been living in exile for many years.

The book is devoted to a movement in Persian poetry which is much less well-known in the West than the great classics by Hafez and Rumi. To provide a little background: the 20th century was an age of innovation and radical literary change for Persian poetry. Pioneers like Nima Yushij (1897-1960) reformed the language of poetry and wove new kinds of metaphors into their poems.

Escaping the corset of classical poetry

But above all, the she'r-e nou movement, with Yushij as its figurehead – the "new poetry" – was an escape from the corset of the classical schemata of rhyme and metre prescribed by a poetic tradition stretching back hundreds of years. In this freer poetry, which rapidly came to the fore, metre and line length could vary within a single poem. Grammar was no longer taken quite so seriously, either. Now, the dominant themes weren’t just mysticism or love, but often political or social criticism.

Although translations of some individual poets do already exist in German, Scharf’s anthology also gives a German readership access for the first time to the works of some lesser-known poets. This alone is a great service, bringing multi-faceted Iranian lyric poetry closer to us.

Scharf takes pains to stay as close as possible to the original in his translations. And in doing so, he pushes the linguistic freedoms that poetry affords to the limits. The style of each poet is still recognisable in the verses – from the simple, meditative language of Sohrab Sepehri to the bold intensity, scandalous at the time, of the poet and pioneer of emancipation Forough Farrokhzad.

Home
Print
Newsletter
More on this topic
Goethe and the Orient: Why did the poet's mind wander to far-off climes?Interview with the Iranian writer Abbas Maroufi: ″Self-censorship is the worst″The "Green Memories" project of Forough Farrokhzad: Desperation and hope set to music
Related Topics
Book reviews, Dialogue of Cultures | Intercultural Dialogue, History of the Near and Middle East, Iranian literature, Languages, Translation
All Topics

Her grandparents are Jews – born in Tunisia and Algeria. Director Cleo Cohen has now broken the silence about this with a very personal debut. By Nadine Wojcik END_OF_DOCUMENT_TOKEN_TO_BE_REPLACED

Life imprisonment for crimes against humanity: that was the sentence handed down to Anwar Raslan in the world's first trial of a member of the Syrian torture system. Matthias von ... END_OF_DOCUMENT_TOKEN_TO_BE_REPLACED

Every year in December, the team at Qantara.de takes a look back at the articles that proved most popular with our readers. This year is no different. Here is a run-down of the ... END_OF_DOCUMENT_TOKEN_TO_BE_REPLACED

With his new album, "A Voice Keeps Calling Me", the Persian santur player Kioomars Musayyebi is building bridges from Iran across the Arab world to European early music. By Stefan ... END_OF_DOCUMENT_TOKEN_TO_BE_REPLACED

Former lawyer Said Haider has invented a chatbot for those seeking advice on anti-discrimination issues – Meta is the first chatbot of its kind in the world. In conversation with ... END_OF_DOCUMENT_TOKEN_TO_BE_REPLACED

Benjamin Idriz, imam of the mosque in Penzberg near Munich, is one of the most prominent representatives of Islam in Germany. He sees his role as building bridges to mainstream ... END_OF_DOCUMENT_TOKEN_TO_BE_REPLACED
Author:
Marian Brehmer
Date:
Mail:
Send via mail

END_OF_DOCUMENT_TOKEN_TO_BE_REPLACED
Social media
and networks
Subscribe to our
newsletter