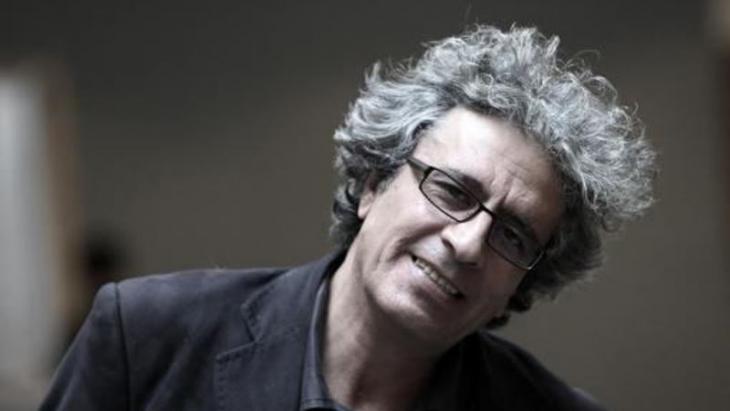 Over ten years after the publication of "Censoring an Iranian Love Story", Shahriar Mandanipour's latest novel, "Moon Brow", is now available in German translation. This is a story about the loss of youth, the horrors of war and a land in the iron grip of dictatorship. By Gerrit Wustmann

The Iran-Iraq War is long over, but Amir Yamini has still not returned home from the front. After a lengthy search, his family eventually finds him in a mental hospital for shell-shocked soldiers. He has spent five long years inside its walls, his left arm and most of his memories taken by a grenade during the war. Only one certainty pierces the thick, dense fog of Amir’s thoughts: before all this, he was engaged to be married; somewhere out there is the love of his life, whose name he can no longer recall so he simply refers to her as "Moon Brow".

This is the first book by Mandanipour since his celebrated novel, "Censoring an Iranian Love Story" (2009). Mandanipour was born in Shiraz, Iran, in 1957 and has been publishing novels, short stories and essays since the late 1980s. He himself served in the Iran-Iraq war, so it can be assumed that numerous passages in the novel are informed by autobiography. Many of his texts were censored in the 1990s. Since 2006, he has been living in exile in the United States, where he now teaches literature and film. Before moving there, he travelled to the USA several times to give lectures and to work as a visiting professor.

The mechanisms of censorship

Censorship in the Islamic Republic was the core theme of his previous novel, in which Mandanipour highlighted both the mechanisms of censorship in Iran and the tactics used by Iranian authors to circumvent this censorship, namely by blurring problematic content and using symbolism, allegory and insinuation. 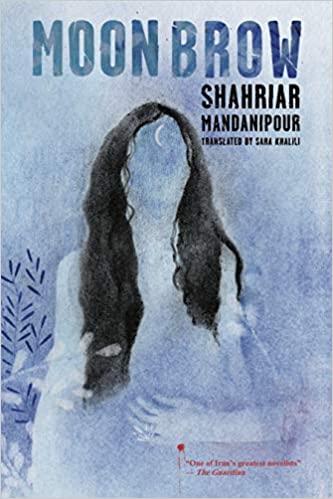 "Moon Brow" has no need for such artifice and plays instead with the ostensible contradiction between Islamic tradition and excessive narrative, in which explicit sex scenes and the bloody reality of war play a key role.

The story is narrated by two angels from the hadiths, one on each of his shoulders: one records Amir's good and the other his bad deeds. And because there is in reality no clear boundary between good and evil, the angels repeatedly tie themselves up in knots in grey areas.

What they have to relate is not linear. Indeed, they tell stories on three time levels: Amir's hedonistic life before the war, his life during the war, and his life after it, when he and his sister Reyhaneh try to piece together his memories in the hope of finding Moon Brow.

Amir is utterly convinced that finding her will restore not only his memory, but also his mental health. In his desperation, he decides to set out in search of the arm he left on the battlefield, certain that it will still be wearing his engagement ring. In this context, this is so much more than simply a wry and extravagant inflation of the plot.

From serial womaniser to soldier on the front line

Before the war, Amir was an incorrigible womaniser, screwing his way around Tehran and taking the concept of faithfulness to his girlfriend Khazar with a pinch of salt. Although the riotous sex scenes, which drip with sweat and sperm, all-too-quickly become tiresome, they are in a way necessary, throwing the deep divide between Amir's life and that of his religious family into stark relief.

In the throes of youthful exuberance, Amir is taken completely by surprise by the Islamic Revolution. Suddenly, this carefree, clean-shaven, long-haired playboy has become a hate figure to the marauding Khomeini supporters who prowl the streets, setting fire to cinemas and persecuting anyone who doesn't share their world view.

Then catastrophe strikes: Khazar commits suicide and Amir is arrested by the Revolutionary Guards and whipped. Fearing that worse treatment is yet to come, his father, the Agha Hadji, gets him off the hook and out of prison. Amir is sent to the trenches on the front. He spends his nights surrounded by body parts and trying to stay alive. Then one day, a grenade rips through his life, tearing off his arm and ending his time as a frontline soldier.

Amir is deeply divided. He doesn't trust Reyhaneh completely. The reader too senses that she knows more than she lets on about his past and about the conflicts within the family, which ultimately mirror how torn the country is, highlighting the fault lines that quickly seep from political life into every pore of private life, ultimately resulting in the erosion of interpersonal relationships.

The reader quickly gets the feeling that Amir is not going to regain his lost memory and that his life will remain a jigsaw puzzle of dreams, shards of memories, imagined realities, things that other people tell him about the past, and that it never really becomes clear what is made up and what actually happened.

Despite the straightforward, linear plot, Mandanipour demands a lot of patience from his readers, subtly pointing them towards a few pieces of the puzzle before allowing one of the two angels to dig up a story from its records that is supposed to cast some light into the darkness surrounding Moon Brow, but really only opens up a new battlefield on top of an old one. And all the while, Amir spends his days wandering between his bleak, sparsely furnished room, which radiates abstinence and humility, and the heavenly, sun-drenched garden, where he sometimes catches a fleeting glimpse of his father.

His father studiously avoids Amir, pretending that his long-lost son is still lost and can never return home. It is these stark, blending, blurring contrasts and opposites that give the entire novel its flavour, its tone and its rhythm, a novel that lacks one thing in particular: something tangible to hold on to. There is nothing here to support or to guide.

And in addition to providing insights into what politics can do to a life, the novel's major strength is that despite all the excesses, the exaggerations, and occasional cliches, it makes Amir's forlornness so tangible.

The Middle East is plagued by electronic armies working at the behest of one regime or another. Long used by those in power as a weapon in the fight against activists and ... END_OF_DOCUMENT_TOKEN_TO_BE_REPLACED

On Friday, Iranians head to the polls to elect a new president. What's at stake in this presidential election? Sanam Shantyaei explains. END_OF_DOCUMENT_TOKEN_TO_BE_REPLACED

For centuries, the great classical Persian author Hafez has inspired German writers. Translations, adaptions and homages have been created in his wake, and the process continues ... END_OF_DOCUMENT_TOKEN_TO_BE_REPLACED

In the run up to Iran’s presidential election, Supreme Leader Ayatollah Ali Khamenei has sought to entrench his power. Alex Vatanka asks whether a sharp slump in voter turnout ... END_OF_DOCUMENT_TOKEN_TO_BE_REPLACED

Turkey's parliamentary and presidential elections are scheduled for June 2023. But they are already casting a shadow. While the opposition is calling for early elections, ... END_OF_DOCUMENT_TOKEN_TO_BE_REPLACED
Author:
Gerrit Wustmann
Date:
Mail:
Send via mail

END_OF_DOCUMENT_TOKEN_TO_BE_REPLACED
Social media
and networks
Subscribe to our
newsletter