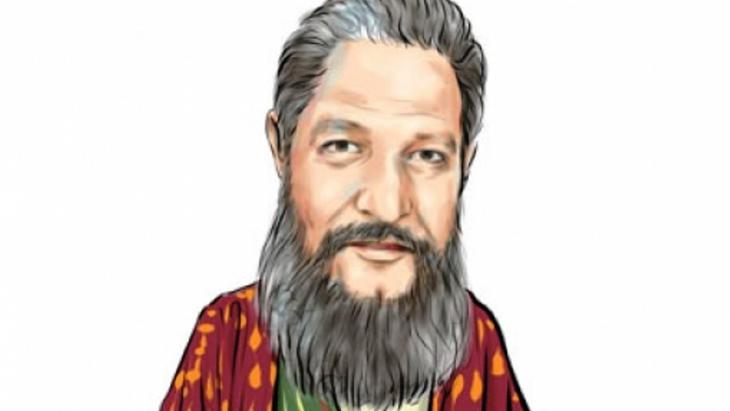 Book review: Muhammad Zafzaf′s ″Elusive Fox″
One rule for them

Translated into English for the first time, Zafzaf′s novel plunges the reader into the free-living, free-loving culture of the Moroccan fringe during the hippie era – and examines the relative nature of freedom. Marcia Lynx Qualey read the book

The ′60s generation of US writers was shaped by a Morocco that emerged in the writings of William S. Burroughs, Jack Kerouac, Paul Bowles and many others. This Morocco was frightening, welcoming, exotic, hallucinatory and completely ″new″. It was a space not just to be read, but written.

These works inspired young travellers and coastal Morocco swelled as a popular destination for American and European counter-cultural drifters, hedonists, artists and others.

This, of course, did not go unmarked by Morocco′s artists and writers. Muhammad Zafzaf (1945-2001), the twentieth century′s ″godfather of Moroccan literature″, was, in the 1960s, a young writer, a student and later a Casablanca high-school teacher.

His 1989 novel ″The Elusive Fox″ may have been based on some of his own experiences and observations, as translator Mbarek Sryfi notes in his afterword. The book is set during one 1960s summer in coastal Essaouira. It′s populated by the hippies who floated around Morocco, but written from the point of view of Ali, a long-haired gym teacher from Casablanca who travels out to the country′s west coast because he too wants to smoke hash, drink wine, enjoy free love and swim nude in the ocean.

The book highlights many of the divisions and contradictions of the ″global″ counter-cultural movement, as staged in small-town coastal Morocco. In the opening pages, Ali meets a tough, ″tomboyish″ Moroccan woman. He′s looking for a sleep and she tells a hotel clerk that Ali can share her room. ″I′ve an extra bed.″ 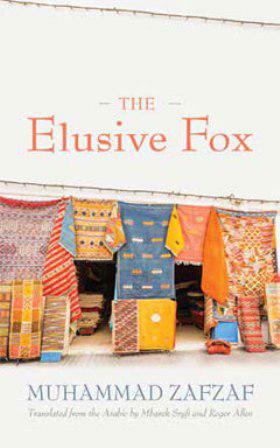 "This slim, clever novel, ably translated by Sryfi and Roger Allen, offers a dense and layered portrait of not just 1960s Morocco as experienced by a Moroccan, but also of how wealth and power slice up the privilege to be 'free'," writes Qualey

Contradictions are immediate. The clerk forbids her to share her room with an unrelated man, threatening her with expulsion if she does. When she argues that the European hippies do it, he tells her ″All the boss cares about is money.″ As to why she can′t: ″You′re a Muslim woman.″

This female lead, Fatima Hajjouj, first appears strong and brave and willing to transgress almost any rule of sexual and body politics. This is how she remains around European hippies and village peasants.

Yet when she′s around a wealthy Moroccan man with status, Azeddine, she turns suddenly weak and submissive, allowing him to mock her. Ali is at first shocked. But then he surmises that Fatima is just ″hiding the viper inside her, just as I was hiding my own fox, surveying everything going on with a quiet prudence.″

Poverty is also appears to be a different experience, depending on whether you′re European or Moroccan. Ali′s poverty as a high-school teacher makes it almost impossible for him to move around the country.

Meanwhile, the ″penniless″ European hippies might be broke, but still have enough money to buy alcohol and hash and always enough to keep moving.

″They′re all that way,″ one character says. ″They don′t have a penny, but they still travel. I don′t know how they do it. A month or two later, they′re sending you postcards from somewhere else in the world.″

Violence springs out of these contradictions, just as it does in Bowles′ novels. In Bowles′″The Sheltering Sky″, violence seems to spring from the essential nature of the natives, from the wild instability of Morocco. In ″The Elusive Fox″, the violence has very particular causes. At one point, when Ali is sunbathing with a group of European hippies, he hears five Bedouins in the bushes talking with disgust about the nude sunbathers. To himself, Ali mocks the villagers′ views, but he also understands their conservative upbringing, escaping the fight just before they run in and begin to beat up the hippie men.

It doesn′t end well for the Bedouin villagers, who are easily defeated. The last of the attacking Bedouins ″managed to escape toward the sea, bleeding from his neck and dragging his leg like a wounded wolf in a trap.″

It is a European woman who holds the knife aloft, looking around dazedly and Ali tells himself that she might not see a distinction between him and the Bedouin. ″Once I could tell for certain that the knife she was holding did not belong to the ′stranger′ but was European, I started running crazily across the grass and through the trees until I got back to town.″

The nature of truth

Shortly after this, Ali hears from one of the local hash dealers that three hippie women have been killed. It′s unclear if the two events are related, but the hash dealer, Brahim, tells Ali that they must flee, since the local police will sweep up anyone they can blame for the murders. ″Arrests have already started in Dyabat and they′ll soon get to Essaouira. If we stay here, we′re doomed and I′ll leave the rest to your imagination.″

As he travels with the hash dealer, Ali begins to feel unsettled by Brahim′s story. Even before they leave, Ali′s not sure if Brahim made the story up, or perhaps was even responsible for the murders.

In this moment, the Casablanca gym teacher realises he has much to fear: from Brahim, from state authorities, from his own poverty. He expresses a view antithetical to those of the hippies on the beach: ″Anyone who claims that the internal world controls the external one – shaping, framing and changing it and such things, is a liar.″

This slim, clever novel, ably translated by Sryfi and Roger Allen, offers a dense and layered portrait of not just 1960s Morocco as experienced by a Moroccan, but also of how wealth and power slice up the privilege to be ″free″.

Home
Print
Newsletter
More on this topic
Book review: Youssef Fadel′s ″A Rare Blue Bird Flies With Me″: Behind the prison wallThe literary legacy of Mohamed Choukri: A time of mistakesTenth anniversary of the death of Mohamed Choukri: The "White Nightingale" of Tangier
Related Topics
Arabic literature, Book reviews, Literature, Translation
All Topics

Sufis today are under attack from fundamentalists and modernists alike. At the same time, a new form of Sufism is emerging in the West. By Marian Brehmer END_OF_DOCUMENT_TOKEN_TO_BE_REPLACED

The devaluation of the Egyptian pound combined with rising food prices is taking its toll on Egypt. More and more people are slipping into poverty. Karim El-Gawhary reports from ... END_OF_DOCUMENT_TOKEN_TO_BE_REPLACED

Since returning to power in Afghanistan, the Taliban have steadily eroded the rights and opportunities of women and girls, particularly their access to education. But Afghans are ... END_OF_DOCUMENT_TOKEN_TO_BE_REPLACED

The book "The Invention of the Maghreb: between Africa and the Middle East" prompts us to review basic terminology. This includes terms that we use almost every day as if they are ... END_OF_DOCUMENT_TOKEN_TO_BE_REPLACED

Tunisia has been going through a severe economic and political crisis in recent years. More than one in three young people there are unemployed. For many skilled, qualified and ... END_OF_DOCUMENT_TOKEN_TO_BE_REPLACED

At the end of every year, the team at Qantara.de gives you a run-down of the ten most-read articles on the site over the past 12 months. Here is a quick overview of the stories ... END_OF_DOCUMENT_TOKEN_TO_BE_REPLACED
Author:
Marcia Lynx Qualey
Date:
Mail:
Send via mail

END_OF_DOCUMENT_TOKEN_TO_BE_REPLACED
Social media
and networks
Subscribe to our
newsletter