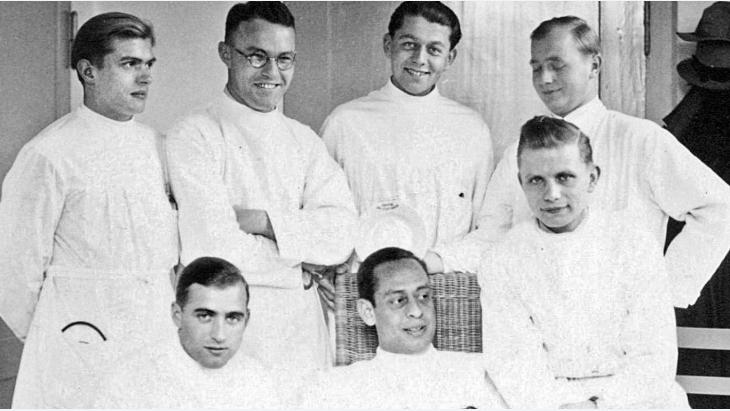 In "Der Muslim und die Judin" (The Muslim and the Jew), Ronen Steinke tracks down the story of the Egyptian doctor Mohammed Helmy, who saved the Jewish woman Anna Boros from deportation. The author recounts a daring rescue in the midst of Nazi Germany and examines the often ambivalent relations between Jews and Muslims. Ozan Zakariya Keskinkilic read the book

“Whosoever saves a single life, saves an entire universe.” This Talmudic quote from the Mishnah tractate Sanhedrin is included almost verbatim in the Koran; for several decades it has also been embossed upon the medals awarded to the ′Righteous among the Nations′. This honorary title is granted by the Yad Vashem Holocaust Memorial Centre to non-Jewish people who saved Jews during the Nazi era.

As of 2013, the Egyptian Mohammed Helmy joined the 25,000 people honoured for their efforts. Up to a hundred Muslims are on the list, but Helmy is the only Arab so far. The German journalist Ronen Steinke has now put his story into book form.

The son of a major in the Egyptian army, Mohammed Helmy arrived in Berlin 95 years ago. He studied medicine and took his first post as a junior doctor at the Robert Koch Hospital in the borough of Moabit in 1930. He was appointed a senior doctor only three years later. While his Jewish colleagues were cast out, Helmy’s career flourished.

The Muslim ″niece from Dresden″

Towards the Nazi regime, he put on a confident display of loyalty, but he secretly felt solidarity with Jews. He regularly rebuked the Nazi staff installed in the hospital for their mistreatment of patients. His colleagues on the other hand made complaints about his ″distinctly Oriental nature″. In a petition, they protested against ″Hamit″, as they called him, treating German women. Helmy’s contract was not renewed after 1937. 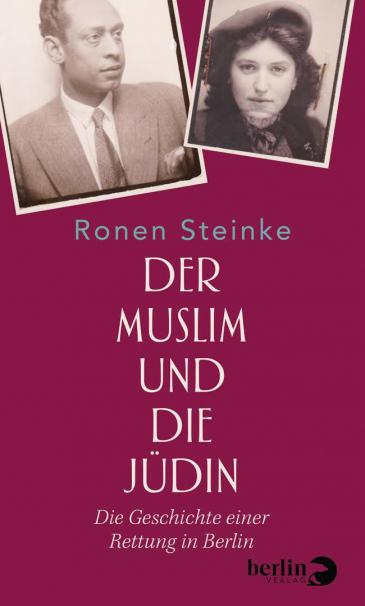 And so Mohammed Helmy opened his own practice. It was on a house call that he met the Jewish woman Anna Boros, who was wanted by the Gestapo. All the while buttering up the regime, he came up with a daring plan to protect Anna Boros from being deported to the concentration camps. From that point on, she called herself Nadja, wore a headscarf and assisted Helmy at his practice.

Posing as his Muslim niece from Dresden, Boros felt safe beneath her scarf. With the support of other Muslim friends and allies, Helmy wove a dense web of lies, deceiving the Gestapo until the Red Army reached Berlin in April 1945.

In ″Der Muslim und die Judin″ (The Muslim and the Jew), Ronen Steinke has succeeded in weaving different lives and events into a fascinating narrative. With a feel for historical detail, he embeds the protagonists’ story into a wider field of Jewish-Muslim relations. He writes about lovers and friends, about the religious, cultural and philosophical ties between Jews and Muslims, lending a vivid face to their subversive strategies and everyday practices of negotiation and resistance.

Steinke also devotes sufficient space to the contradictions and ambivalences apparent in Nazi Germany. The strategy of instrumentalising Muslims for the purpose of war, for instance, was not new, with the German Empire having fantasised about ″revolutionising the Islamic territories of our enemies” during World War I. Yet the image of the ″good″ exotic Oriental, exhibited for amusement in human zoos, as Steinke mentions, and expected to submit to German policy, adheres to the Nazi principle of inequality.

Steinke recalls excerpts from Adolf Hitler’s inflammatory book ″Mein Kampf″, ruminating on the Arabs’ ″racial″ inferiority. He even referred to their anti-colonial resistance against France and Britain as a ″coalition of cripples″.

Ideal of the ″good Arab″

Helmy’s life was threaded through with these contradictions. On the one hand, ″Hamit″ was not granted permission to marry his ″Aryan″ fiancee owing to his ″race″, while on the other hand being promoted to a consultant under the Nazis and spared from their genocidal persecution machinery for reasons of political calculation.

The book has come out at a time when debates about ″no-go areas″ are overshadowing Jewish-Muslim encounters in Germany. ″As close as Jews and Muslims once were, they seem to be nothing but distant today,″ writes Steinke, occasionally succumbing to a romanticised ideal of the ″good Arab″ of days gone by.

It is no great surprise that right-wing populists like Germany’s AfD make use of abstractions of ″the Muslim″ that collectively declare ″him″ a threat to Jewish life and the German societal order, justifying unequal treatment. 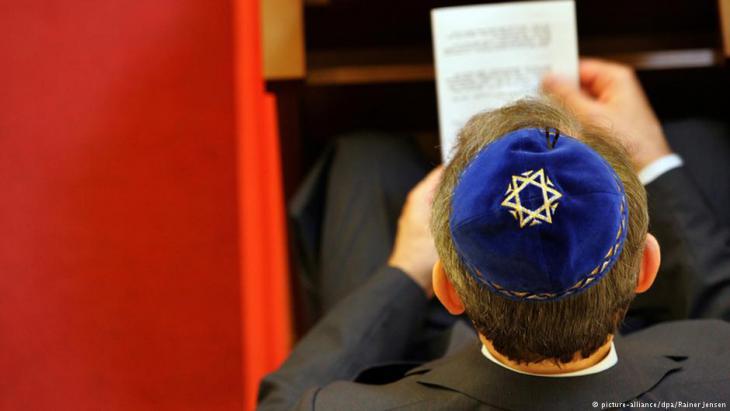 ″Der Muslim und die Judin″ has come out at a time when debates about ″no-go areas″ are overshadowing Jewish-Muslim encounters in Germany. ″As close as Jews and Muslims once were, they seem to be nothing but distant today,″ writes Steinke

Behind a pretence of concern, Jews are instrumentalised against others and at the same time the target of anti-Semitic agitation. Anti-Semitism and anti-Muslim racism go hand in hand in the formula of the ″Judaeo-Christian Occident″. One way of countering that is strengthening marginalised narratives, stories which appear unthinkable in German collective memory.

Look beyond the historical boundaries

Steinke writes, for example: ″If some Muslims in Germany have the impression that remembering the Holocaust has no bearing on them, no connection to their own history, contains no Muslim migrants – then the story to be told in this book proves the opposite.″

Yet this plea is limited to Muslims as a minority in need of extra learning, suggesting that the majority society has processed its history and stories and fully overcome social inequality and power relations. In fact, the story of the ′Righteous among the Nations′ Helmy is also significant for those who think Islam and Muslims are not part of Germany. The book offers all readers a chance to look beyond their ″own″ historical boundaries and recognise the complex interlacing of ″our″ history and that of ″the others″. As Steinke correctly concludes: ″The history of Muslims in Europe is older and more varied than it often appears.″ Precisely like their present day.

Ozan Z. Keskinkilic is a political scientist, activist and political educator. His work and research focuses, among other things, on (post)colonialism, migration and memory culture, as well as critiques of racism and anti-Semitism.

While Bashar al-Assad is still shunned by the West, which blames him for a decade of brutal war in Syria, a shift is under way in the Middle East, where Arab allies of the United ... END_OF_DOCUMENT_TOKEN_TO_BE_REPLACED

Unauthorised immigration to Europe went down at the peak of the pandemic. As EU countries re-open, migrant flows are back up. What does it mean for the EU – and for migrants? By ... END_OF_DOCUMENT_TOKEN_TO_BE_REPLACED

Newly discovered aerial photographs taken by the German Luftwaffe show what a keen interest the Germans took in British-controlled Palestine during the Second World War. Not only ... END_OF_DOCUMENT_TOKEN_TO_BE_REPLACED

Religions are often a source of conflict. But the worldwide Religions for Peace movement seeks to change that by galvanising interreligious dialogue. Delegates from 90 countries ... END_OF_DOCUMENT_TOKEN_TO_BE_REPLACED

Berlin's annual Human Rights Film Festival closed at the weekend. One entry to the festival was the documentary "Captains of Zaatari". Its Egyptian director Ali El Arabi focuses ... END_OF_DOCUMENT_TOKEN_TO_BE_REPLACED

Two refugees detained in Egypt are facing deportation to Eritrea. The expulsion of the Eritreans, who have been incarcerated in Cairo for more than eight years, has been halted ... END_OF_DOCUMENT_TOKEN_TO_BE_REPLACED
Author:
Ozan Keskinkilic
Date:
Mail:
Send via mail

END_OF_DOCUMENT_TOKEN_TO_BE_REPLACED
Social media
and networks
Subscribe to our
newsletter