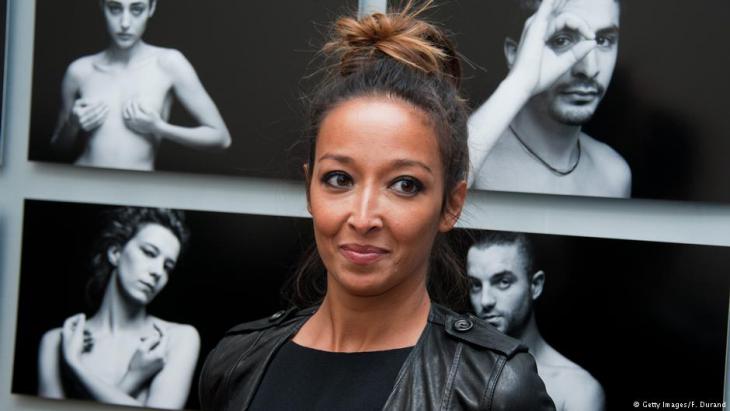 "Just being born a woman is a provocation"

"Bilqiss" is a provocative novel that hit French bookstands in 2015, telling a sardonic tale of a courageous woman in an unidentified Muslim country where it is a crime to read poetry, use make-up or own lingerie. By Dagmar Wolf

The young widow Bilqiss awaits trial in her cell. Her crime is not that she killed her violent and abusive 33-years-older husband with a hot frying pan. With the help of the two American soldiers who hang around the village, she managed to pass that off as an accident.

The charge against her is that she stepped in for a drunken muezzin and summoned the faithful to morning prayers from the minaret. In her country, that alone would have been a criminal offence for a woman. But she went further: she changed the wording of the call to prayer to make a statement.

The sentence that awaits her at the end of the trial is clear from the outset. It is the maximum punishment: death by stoning. Bilqiss, speaking from a locked cage in the courtroom installed to protect her from the lynch mob, conducts her own defence – with cynical vigour and rhetorical skill. She does not beg for mercy, but uses the trial as a platform to say what she thinks about her life and her country.

Instead of showing humility, she remains provocative and reveals the hypocrisy of a fundamentalist male world in which women are despised for the mere fact that they are not men. 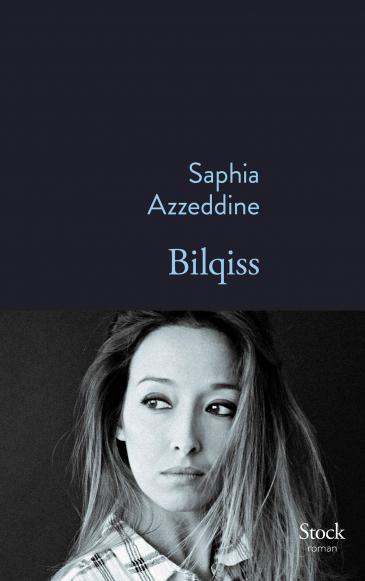 A study in rage and anger: Azzeddine denounces the suppression of women in fundamentalist Islam, the blinkered interpretation of the Koran, the hypocrisy and universal lack of freedom. At the same time she lays into well-meaning western observers who feel sorry for Muslim women, but fail to see the arrogance inherent in making rash judgements about other cultures

Bilqiss attaches no blame whatsoever to the Koran. On the contrary, she is a very religious woman and prays to Allah in her cell. But she dares to have her own understanding of the Koran, to which she makes repeated references in her valiant defence. Bilqiss shows how men instrumentalise religion in their fundamentalist society to make life hard for women.

Her portrayal of religious fanaticism seems like satire when she reports that it is forbidden for women to buy phallus-shaped vegetables at the market for fear that they might be tempted. Aubergines and courgettes thus need to be chopped into smaller pieces by the stallholder. Satire also raises its head when she mocks the religious police, who check whether a woman is wearing a bra – something that is also forbidden – by making her hop up and down.

As a childless widow, Bilqiss has no chance from the outset in this male-dominated world of archaic tradition. So she does not see herself as an actor, able to shape her own life. But now the courtroom becomes her stage, and she fights for a role in the drama. She is not driven by a desire to live longer but by the desire to be a protagonist. Bilqiss manages to postpone her execution day after day to gain more time for her performance.

All are prisoners of the system

The judge presiding over her case is a representative of fundamentalist Islam, but even he has recognised its hypocrisy and injustice. Nevertheless, he is a prisoner of the system, compelled to fulfil his designated role. That becomes clear when he has to sentence Bilqiss to 37 lashes for an offensive answer because the howling mob demands it. At night, however, he secretly sneaks to her cell to give her ointment to relieve the pain and beg her to show more humility so that he may be able to save her. He is fascinated by Bilqiss, in whom he finds a valiant adversary in debate – in stark contrast to his own wife, who never learned to read or write and who might be able to satisfy his physical needs but certainly not his intellectual ones.

The author juxtaposes Bilqiss’ archaic world with the sophistication of New York, where the problems women face revolve around self-empowerment, professional fulfilment and sexual harassment at work. Live coverage of Bilqiss’ trial comes to the attention of American journalist Leandra Hersham while she is trawling the Internet for material. She is appalled by the case, but at the same time senses a good story. She travels to the scene and manages to get an interview with Bilqiss in her cell. But Bilqiss accuses the journalist of instrumentalising suppressed Muslim women. "The more barbaric the persecution, the more you are interested."

The novel "Bilqiss" reflects the rage and anger of its French-Moroccan author Saphia Azzeddine. She denounces the suppression of women in fundamentalist Islam, the blinkered interpretation of the Koran, the hypocrisy and universal lack of freedom. At the same time, however, she is not sparing in her criticism of the well-meaning observers in the west who feel sorry for Muslim women, but fail to see the arrogance inherent in making rash judgements about other cultures.

Home
Print
Newsletter
More on this topic
Women in Islam: Between oppression and (self-) empowermentMuslim Feminists in Indonesia: The Queens of IslamWomen′s rights in Islam: Can feminism be Islamic?Feminism, colonialism and Islamophobia: Treacherous sympathy with Muslim women
Related Topics
Book reviews, Literature, Muslim women, Women in the Islamic world
All Topics

Using a graphic novel to address a contentious issue like the Algerian war of independence may seem an odd choice, but new release "Algeriennes", translated into English by Ivanka ... END_OF_DOCUMENT_TOKEN_TO_BE_REPLACED

Although a unity government was formed in Libya in March 2021, tensions and possible crises between the political actors are already emerging. What problems does the country face ... END_OF_DOCUMENT_TOKEN_TO_BE_REPLACED

India hits record numbers of COVID-19 infections worldwide for the sixth day running, as health systems buckle under the pressure, and shortages of medical oxygen and hospital ... END_OF_DOCUMENT_TOKEN_TO_BE_REPLACED

On 7 March, Switzerland became the latest European country to vote in favour of a so-called "burka" ban. It was yet another feather in the cap of the right-wing populist Swiss ... END_OF_DOCUMENT_TOKEN_TO_BE_REPLACED

German Middle East analyst Guido Steinberg and television journalist Ulrich Tilgner have both published new books on the conflicts in the Middle East. Their analyses and their ... END_OF_DOCUMENT_TOKEN_TO_BE_REPLACED

In Grenoble, France, two professors have been pilloried in a dispute over the use – or otherwise – of the term Islamophobia. Is freedom of speech in jeopardy? By Stefan Dege and ... END_OF_DOCUMENT_TOKEN_TO_BE_REPLACED
Author:
Dagmar Wolf
Date:
Mail:
Send via mail

END_OF_DOCUMENT_TOKEN_TO_BE_REPLACED
Social media
and networks
Subscribe to our
newsletter