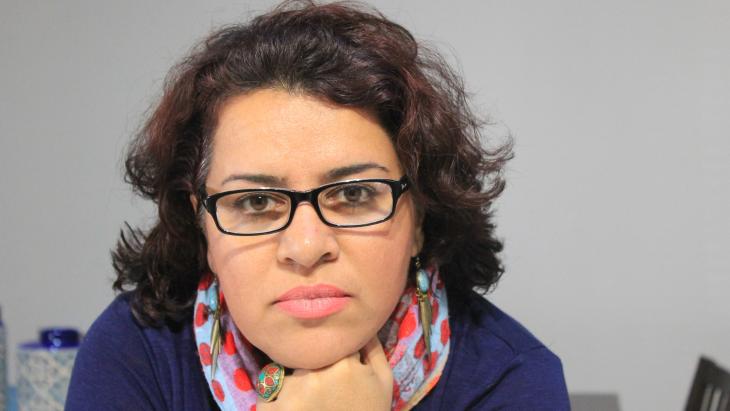 Book review: Shokoofeh Azar's "The Enlightenment of the Greengage Tree"
Straight to the heart

With "The Enlightenment of the Greengage Tree", Shokoofeh Azar has created a beautiful, sad fable set in a horrible reality. While there are moments of hope to be found in the past and in the realms of magic, they are fiercely trammelled underfoot by the cruelty and harsh realities of the world. Richard Marcus read the book

History tells us that the period following a revolution is, to put it mildly, chaotic. The various factions that brought about societal upheaval are striving to put their stamp on the new order, but only the most fanatical and powerful will survive. Iran was no different. In the first few years after the Islamic Revolution, the followers of Ayatollah Khomeini were more concerned with putting down those who helped stage the overthrow yet didn't want to live in a theocracy, than anything else.

Shokoofeh Azar's The Enlightenment of the Greengage Tree is set during this first wave of repression. From 1979 to 1989 the religious leadership of the country carried out a systematic crackdown on anyone who was even remotely suspect. Teachers, intellectuals, artists, and anyone else not toeing the party line were rounded up and arrested. Books of ancient Persian texts were burned because either they weren't Islamic enough, or worse, they reflected a time when the country was a pluralist, rather than a uni-religious state.

Trying to bring the turmoil of those times to life sounds like a near-impossible task. Thankfully, instead of thinking big and detailing the atrocities carried out on a large scale, Azar has gone in the opposite direction and focussed on the fate of one family and how the turmoil affected them. This micro- rather than macrocosmic approach has the desired effect of bringing home the horrors of the time by making them personal, as we witness how one family is devastated and decimated by the state.

While the choice to focus on one family and the village they live in isn't surprising, Azar has also made the decision to create a magic realist world along the lines of Gabriel Garcia Marquez's work, making the occasional reference to his titles that crop up in the story very appropriate. The first indication we have that things are going to be a little otherworldly comes with the realisation that the narrator is the ghost of the family's youngest daughter. 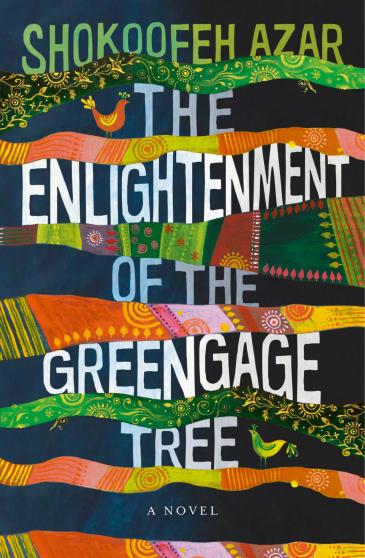 "Read this book and be amazed by the author's mastery. Revel in artistry of the highest order. Be reminded about the magic of imagination in the hands of a great author and how, without being overtly political or indulging in diatribes, it can bring even the most unpleasant realities to life," writes Marcus

Thirteen year-old Bahar was killed when security forces broke into their house in Tehran and burnt their library of books. She had chosen the wrong place to seek shelter. In an attempt to escape the insanity of the times, the family fled to a small remote village in the hopes of preserving both their intellectual freedom and their lives. Unfortunately it turns out that no place is too remote to slip under the radar.

First the authorities come looking for cannon fodder for the endless, wasteful war against Iraq. Then, they return looking for anything and anyone that could be considered counter-revolutionary. They invade all the houses and seize books, magazines and anything that might be considered potentially dangerous, and burn them.

As their eldest son is arrested, to then die in custody, the family's spirit is finally broken. The mother, Roza, was sitting in the uppermost branches of one of the family greengage trees at the exact moment of her son's death. Sensing his demise, she descended, only to head into the forest where she climbed the tallest oak tree and sat in it for three days.

While the story follows the physical fortunes of the family in their new location, we are also given glimpses into how the spiritual world surrounding them has been impacted. With the ghost of Bahar acting as our guide we meet everyone – from ancient Zoroastrian spirits from pre-Islamic Iran who drop in to offer advice and succour when needed, to the jinn who live in the surrounding forest.

In mourning for Iran

At one point the very weather seems to be in mourning for Iran. For one hundred and seventy-seven days a black snow falls on the village. It ultimately destroys the settlement and the entire population is forced to seek shelter in the family's house. Situated on top of a hill slightly outside town it manages to escape the worst of the damage. They are also kept warm by a fire the ghosts of the Zoroastrians keep alive in their woodstove, thanks to their recitation of prayers to fire and to the sanctity of truth.

Betrayed by their government and the people who support them, it is no wonder that the family and the village look to the otherworld and the past for succour. People are being arrested and killed for thinking and almost an entire generation of young men are slaughtered fighting for a few miles of desert against Iraq. What hope or joy can be found in this world?

The family's house is filled with antiquities and treasures they have managed to salvage from their home in Tehran, yet they have to be kept stashed in the attic so they're not discovered. There they slowly rot or are destroyed by mice. History is being overwritten by the new regime and will gradually be erased. The beauty and grace of anything aside from what is officially recognised will fade into nothingness.

Azar has created a beautiful, sad fable set in a horrible reality. While some might have created a fantasy world which her characters could escape into, here the fantasy is almost a pathetic fallacy of the real world, reflecting the turmoil and disquiet of the events in Iran. While there are moments of hope to be found in the past and in the realms of magic, they are being fiercely trammelled underfoot by the cruelty and harsh realities of the world.

The Enlightenment of the Greengage Tree is one of those miraculous books that not only has the power to send an arrow into your heart, it also makes you think. The fantastic elements of the story are so unreal that they throw the reality depicted and the brutality of the regime into stark relief.

Read this book and be amazed by the author's mastery. Revel in artistry of the highest order. Be reminded about the magic of imagination in the hands of a great author and how, without being overtly political or indulging in diatribes, it can bring even the most unpleasant realities to life. If you read no other book in 2020, read The Enlightenment of the Greengage Tree by Shokoofeh Azar.

When is it and when is it not acceptable to display a political banner at the World Cup in Qatar? The answer seems to depend largely on the political message, with fans ... END_OF_DOCUMENT_TOKEN_TO_BE_REPLACED

The Kurds are under attack from two sides: from Turkey, and from Iran. The situation in their territories in northern Iraq is becoming increasingly desperate. Birgit Svensson ... END_OF_DOCUMENT_TOKEN_TO_BE_REPLACED

Iranians do not want an Islam that interferes. They are fed up with a system that manipulates people with simple promises of salvation and anti-Western propaganda. Islamic ... END_OF_DOCUMENT_TOKEN_TO_BE_REPLACED

"The Voice of Dust and Ash" draws us into the life and times of Iranian maestro Mohammad Reza Shajarian with passion and joy, focusing on the man who stood, and still stands, for ... END_OF_DOCUMENT_TOKEN_TO_BE_REPLACED

November 2022 sees the Arab world firmly in the spotlight with the COP27 in Egypt and the FIFA World Cup in Qatar. Public trust in MENA governments is weak, thanks to their ... END_OF_DOCUMENT_TOKEN_TO_BE_REPLACED

In Iran, two famous actresses, Hengameh Ghaziani and Katayoun Riahi, were arrested recently. These days anyone who shows solidarity with the protesters is a target to be silenced ... END_OF_DOCUMENT_TOKEN_TO_BE_REPLACED
Author:
Richard Marcus
Date:
Mail:
Send via mail

END_OF_DOCUMENT_TOKEN_TO_BE_REPLACED
Social media
and networks
Subscribe to our
newsletter