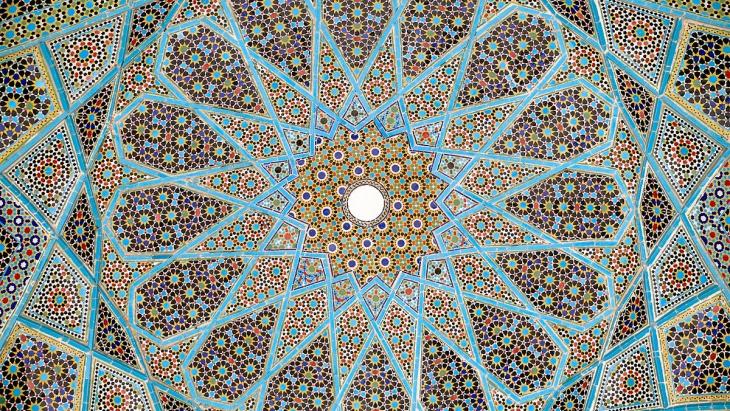 Book review: Stefan Weidner's ʺ1001 Books. The Literatures of the Orientʺ
The Middle East – a rich vein of world literature

Recently published in German, Stefan Weidner's new book issues an invitation to all those who would like to be better acquainted with the literature of the Middle East – a profoundly fascinating journey through the works of Arab, Persian and Turkish authors. By Gerrit Wustmann

Today, whenever people use the term ʺworld literatureʺ, originally coined by Goethe, they usually mean Western literature. Cast a glance at all the “best of” lists and canons, at what is being reviewed in the major newspaper supplements and labelled as ʺworld literatureʺ – and you’d have to use a magnifying glass to find anything that doesn’t come from the European or Anglo-American spheres.

But what would world literature be without Ibn Arabi, without Hafez or Yunus Emre? And what would it be today without great storytellers like Bachtyar Ali, Mahmoud Doulatabadi and Asli Erdogan? It would be poorer, incomplete – lacking the Eastern perspective. A perspective that actually plays far too subordinate a role, even though many books from Arabic, Persian and Turkish are available in translation.

In ʺ1001 Books. The Literatures of the Orientʺ (published in German by Converso), Islamic studies scholar and journalist Stefan Weidner sets out to fill this gap. His book is intended as an introduction to the literature of the ʺIslamicʺ countries in the broadest sense, and an invitation to familiarise ourselves with these literatures. Why? Because they have something to say to us; because they relate to us.

“He who reads books looks out into the world, and not just as far as the fence,” said Goethe, whose West-Eastern Divan is currently being celebrated once again. It is that look beyond the blinkers of literary ʺoccidentationʺ, as Sigrid Loffler called it, that Stefan Weidner celebrates in his book with such great knowledge and insight. He begins with the Koran and works his way up to the present day – and of course, in the process, he covers Goethe’s poetic monument to the classical Persian writer Hafez. The starting point for this, however, seems rather grim. 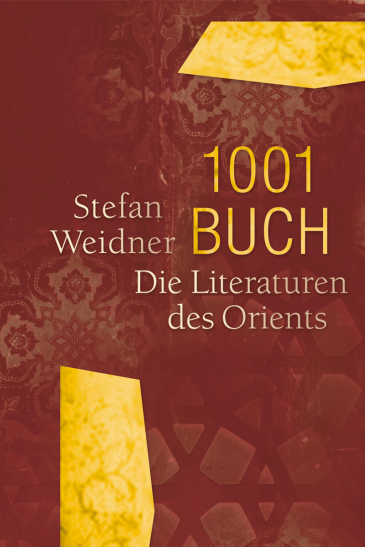 Looking beyond ʺthe fenceʺ: Weidnerˈs ʺ1001 Booksʺ is not only the perfect introduction for all those who want to discover new literary worlds; it is also a treasure trove for those already familiar with the ʺliteratures of the Orientʺ

ʺThanks to Goethe, the name Hafez is familiar to most educated people,ʺ writes Stefan Weidner. ʺBut nobody reads him. Instead of actually reading (or even studying!) Hafez and other Middle Eastern poets, a kind of pseudo-reception has set in, with Goethe’s endeavours on the Middle East being used as a fig leaf to cover a lack of interest.ʺ

With his Divan, Goethe has ʺmutated into the patron of a kind of actionism in West-Eastern reconciliation, which is supposed to compensate for the arrogance of not reading, no less than political arroganceʺ. The same is true in reverse, he notes: Goethe is much invoked and glorified in the Middle East, but barely read.

How is intellectual exchange to work if we aren’t reading each other? There may be plenty of Middle Eastern classics available in both German and English – but translations of contemporary literature are mostly published by small publishers, if you don’t count such notable exceptions as Orhan Pamuk or the above-mentioned Iranian novelist Mahmoud Doulatabadi, and a handful of other names.

Books from small publishing houses have a hard time getting into newspapers and bookshops, and thus into the hands of readers. For people who aren’t already reading these literatures, this makes it all the more difficult to get an overview – something that Weidner’s book sets out to change.

Europeˈs romanticisation of the Orient

But before he embarks on this journey through Eastern libraries, he explores (for those who haven’t already been pulled up short by it) how problematic the term ʺOrientʺ has become, since Edward Said at the latest. He focusses the reader’s attention on the title of his own book, along with its no less problematic allusion to the Thousand and One Nights – a work that occasioned the hopeless and unrealistic romanticisation of the Middle East in 19th-century Europe.

Home
Print
Newsletter
More on this topic
Goethe anniversary: Orient and OccidentGoethe and the Orient: Why did the poet's mind wander to far-off climes?Translations of classical Islamic literature: From the emotional Orient to the distortion of Islam
Related Topics
Amir Hassan Cheheltan, Arabic literature, Dialogue of Cultures | Intercultural Dialogue, Edward Said, History of the Near and Middle East, Iranian literature, Koran | Quran, Literature, Orientalism, Turkish literature
All Topics

Sufis today are under attack from fundamentalists and modernists alike. At the same time, a new form of Sufism is emerging in the West. By Marian Brehmer END_OF_DOCUMENT_TOKEN_TO_BE_REPLACED

The devaluation of the Egyptian pound combined with rising food prices is taking its toll on Egypt. More and more people are slipping into poverty. Karim El-Gawhary reports from ... END_OF_DOCUMENT_TOKEN_TO_BE_REPLACED

Since returning to power in Afghanistan, the Taliban have steadily eroded the rights and opportunities of women and girls, particularly their access to education. But Afghans are ... END_OF_DOCUMENT_TOKEN_TO_BE_REPLACED

The book "The Invention of the Maghreb: between Africa and the Middle East" prompts us to review basic terminology. This includes terms that we use almost every day as if they are ... END_OF_DOCUMENT_TOKEN_TO_BE_REPLACED

Tunisia has been going through a severe economic and political crisis in recent years. More than one in three young people there are unemployed. For many skilled, qualified and ... END_OF_DOCUMENT_TOKEN_TO_BE_REPLACED

At the end of every year, the team at Qantara.de gives you a run-down of the ten most-read articles on the site over the past 12 months. Here is a quick overview of the stories ... END_OF_DOCUMENT_TOKEN_TO_BE_REPLACED
Author:
Gerrit Wustmann
Date:
Mail:
Send via mail

END_OF_DOCUMENT_TOKEN_TO_BE_REPLACED
Social media
and networks
Subscribe to our
newsletter