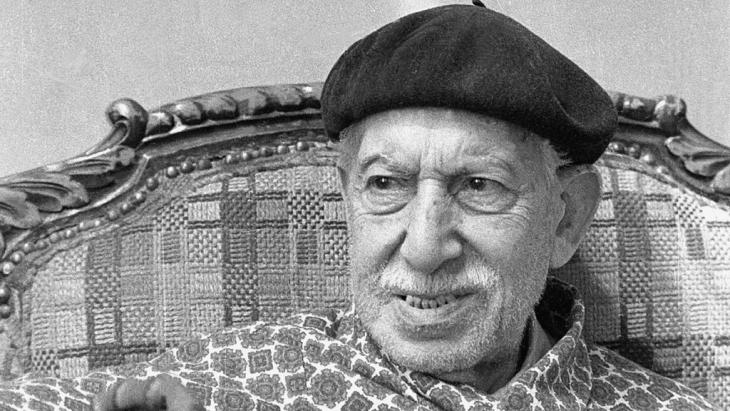 Book review: Tawfiq al-Hakim's "The Revolt of the Young"
A revolutionary manual for older generations

Tawfiq al-Hakim's "The Revolt of the Young" was originally published in 1984. Published in English translation in 2014, this 30-year-old collection of essays seems as relevant to the problems facing Egypt's youth today as it did when it was first published. According to Marcia Lynx Qualey, however, the book is even more relevant to older generations as it encourages them to try and understand and sympathise with the aims of their children

In February 2011, Western media outlets trumpeted a handful of books they said had "inspired" young Egyptians to go out into the streets. Perhaps the most improbable was a 1958 comic about American civil-rights leader Martin Luther King Jr, which some claimed had been a critical influence. Other news outlets reported that photocopied translations of works by non-violence advocate Gene Sharp provided key tactical help. But while Sharp's words may have been present in Tahrir Square, any number of photocopied papers made their way through the crowds.

The possibility that writing by Tawfiq al-Hakim (1898?–1987) might have played a small role never got any international airtime.

Al-Hakim and the younger generation 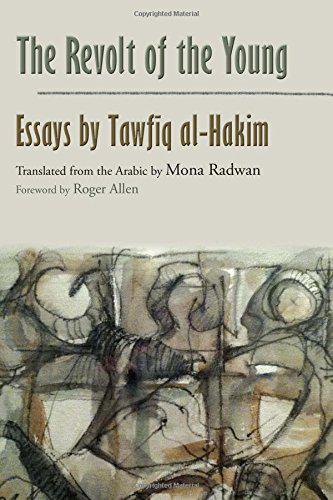 In "The Revolt of the Young", al-Hakim addresses the ongoing conflict between generations. According to William Maynard Hutchins, "Egyptian scholar Mona Radwan provocatively presents her English translation as a commentary on the current Egyptian revolution"

Surely events in early 2011 had a host of causes, most notably the successful uprising in Tunisia. But what would the august al-Hakim have said had he been asked whether his book had played a role? Judging by this collection of essays, he would have pointed away from his own writing and pointed instead to the work of younger authors. One of his essays in "The Revolt of the Young", 'Between Two Generations', sees him remaining silent before an interlocutor who wants to hear his latest thoughts. Instead of answering, he allows a younger writer to speak.

Indeed, if there is an intended audience for al-Hakim's 1984 collection of essays, it isn't the young people trying to revolutionise politics, culture or art. The book is directed at older generations, urging them to understand and sympathise with the aims of their children and grandchildren. And while these 20 essays were written decades ago, they still provide a relevant and interesting take on revolution that is based on the friction not between social classes, but between generations.

Tawfiq al-Hakim occupies a key place in Egyptian letters. Born in the last years of the nineteenth century, he was a restless creator and innovator of Arabic theatre, short stories, novels, essays, journalism and scholarly debate. He loved literary writing, but was also keenly interested in politics and the destiny of his Egypt.

As part of that interest, his pioneering work often projected itself into the future, as in his 1957 novel "A Journey to the Future", his 1980 work "The Challenges of the Year 2000" and "The Revolt of the Young", published in 1984, just a few years before his death.

Although al-Hakim has now been dead for nearly three decades, he is a figure who still towers over Egyptian letters. French scholar Richard Jacquemond, gathering data from 4shared downloads, recently found that al-Hakim was the fourth-most-downloaded Egyptian writer, ahead of even Nobel Prize winner Naguib Mahfouz. 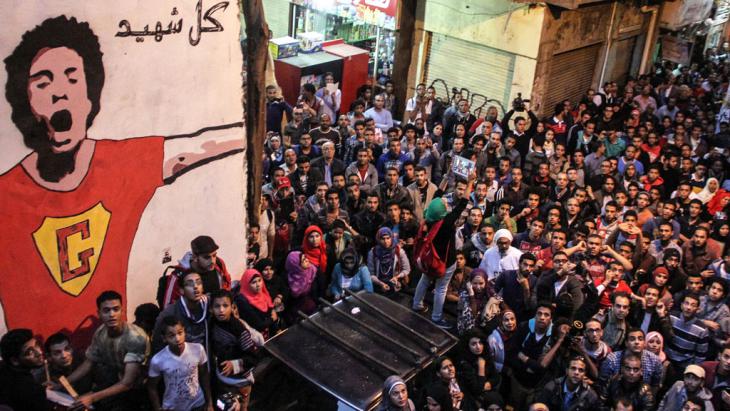 Was Tawfiq al-Hakim an inspiration for the April 6 Youth Movement? "Judging by this collection of essays," writes Marcia Lynx Qualey, "he would have pointed away from his own writing and pointed instead to the work of younger authors". Pictured here: young people commemorate Egyptian activist Gaber Salah (known as Jika), a member of the April 6 Youth Movement, who was killed in clashes with police in November 2012 during commemorations of 2011's Mohamed Mahmoud St demonstrations

"The Revolt of the Young" is not the most artistically complex of al-Hakim's works. But it is representative of much of his writing in that it ranges widely, is unafraid of crossing battle and genre lines, and foregrounds his own family connections. The essays range from short, newspaper-length pieces about the rifts between writerly generations to a long exploration of a fictional trial that highlights generational gaps in the US.

The most moving sections are those where al-Hakim explores his relationship with his father or his son. Although we might well expect a broad-minded thinker like al-Hakim to be sympathetic to his son's career choices, the author paints himself as a rather narrow-minded disciplinarian who had to be pushed to appreciate his son's jazz music.

In the essay 'The Coming Together of Generations', al-Hakim juxtaposes his relationship with his father and his relationship with his only son. Al-Hakim, who has amusingly depicted his father in his memoir "The Prison of Life", writes that he "did not dare utter the word 'art'" in his father's presence, and that, "Whenever I happened to meet a friend of his, he would say, 'Your father is complaining in dismay to everybody that the craft of art has entrapped his son.'"

When al-Hakim's son expressed an interest in jazz music, not only did al-Hakim try to prevent it – urging him to become an engineer instead – he scorned jazz music as "so much noise". It was only with reluctance, and the urging of fellow writers like Yusuf Idris, that al-Hakim finally went to a concert of his son's, where he describes himself as being like a "rustic at a moulid, his first ever."

In the end, al-Hakim remains awkward and embarrassed in his son's world. But, in a conclusion that sounds the theme of this collection, "this encounter with the young people made me feel that it was possible to remove the walls between the generations."

In Doha, Arabs from Morocco, Tunisia, Egypt and Algeria are gathering to celebrate the first ever FIFA World Cup to be held on Arab soil. The criticism from Europe? Over the top, ... END_OF_DOCUMENT_TOKEN_TO_BE_REPLACED

November 2022 sees the Arab world firmly in the spotlight with the COP27 in Egypt and the FIFA World Cup in Qatar. Public trust in MENA governments is weak, thanks to their ... END_OF_DOCUMENT_TOKEN_TO_BE_REPLACED

Palme d’Or winner "Boy from Heaven" is a classic crossover film in which cultural elements are mixed together in haphazard and random fashion. Shady Lewis Botros bemoans the ... END_OF_DOCUMENT_TOKEN_TO_BE_REPLACED

COP27 in Sharm el-Sheikh is turning into a PR disaster for Egypt’s military regime. Instead of praise for the host, the news is full of solidarity for imprisoned activist Alaa ... END_OF_DOCUMENT_TOKEN_TO_BE_REPLACED

END_OF_DOCUMENT_TOKEN_TO_BE_REPLACED
Social media
and networks
Subscribe to our
newsletter