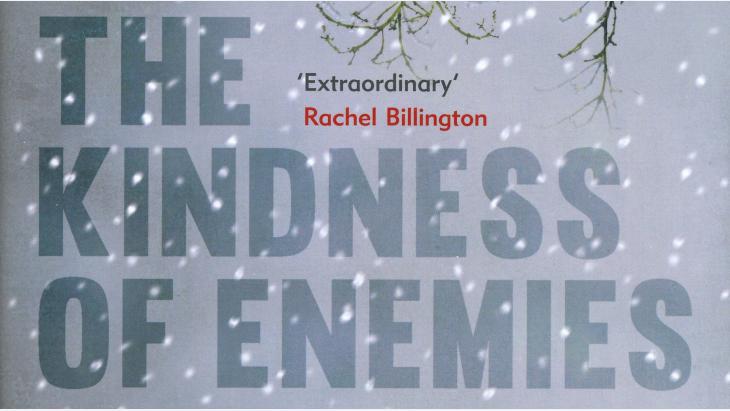 Book review: "The Kindness of Enemies" by Leila Aboulela
Crises of identity and loyalty from Scotland to the Caucasus

In her engrossing fourth novel, "The Kindness of Enemies", the Sudanese-British writer Leila Aboulela tackles themes of identity, jihad and Sufism. She does so through two parallel narratives, one set in contemporary Scotland and Sudan, the other in nineteenth-century Imperial Russia and the Caucasus. By Susannah Tarbush

Leila Aboulela's novel "The Kindness of Enemies", which is published in the UK by Weidenfeld & Nicolson, could hardly be more topical. Its characters include a Muslim university student, Oz, who is arrested on suspicion of involvement in terrorism. His name is an abbreviation of Osama, perhaps not the most fortunate name to have in the post-9/11 era.

The arrest has serious implications for his university lecturer Natasha Wilson. In line with UK anti-terror laws, she was supposed to monitor Oz and his fellow students for signs of "vulnerability to radicalisation".

The nineteenth-century narrative revolves around the compelling historical figure of the Sufi Imam Shamil, who led tribes in the Caucasus against Russian expansionism. The novel shows him regularly consulting his revered Sufi teacher, the gentle scholar Sheikh Jamal al-Din.

In 1839, the Russians exact a terrible price from Shamil during negotiations to end the bloody siege of his Akhulgo mountain rock fortress. They demand that he hand them his eight-year-old eldest son, Jamaleldin, as a temporary hostage.

Shamil reluctantly agrees to this demand. But after negotiations break down, the Russians fail to return Jamaleldin. They whisk him off to the imperial capital, St Petersburg, where he is brought up as a Russian officer and gentleman. Tsar Nicholas I tells him: "You will rule Dagestan and Chechnya on my behalf. No one will be able to win the tribes' loyalty and trust more than Shamil's son ...You will be my mouthpiece in the Caucasus." 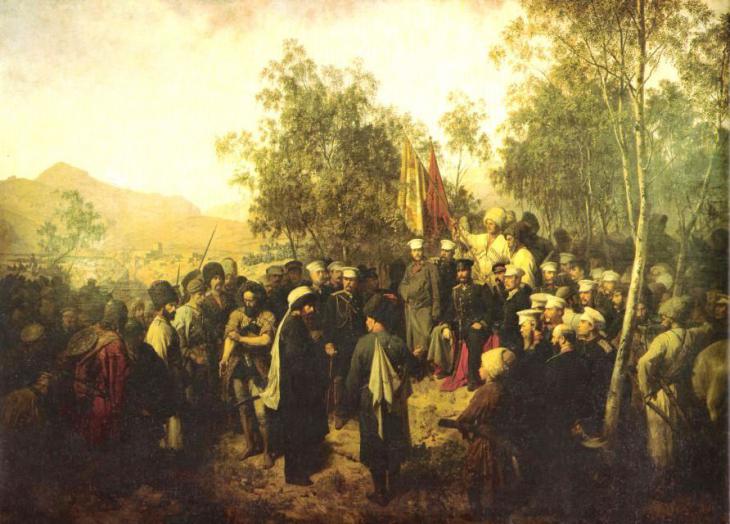 The historical figure of the Sufi Imam Shamil features largely in Aboulela's novel "The Kindness of Enemies". Shamil was a political and religious leader in the nineteenth century Caucasus and the third leader of the Caucasian Imamate, which fought against the Russian Empire in the Caucasian War

Jihad in the Caucasus

But Shamil is determined to get his son back. In 1854, he seizes his chance and gets the Lezgins, the most fearsome of the tribes that follow him, to attack the Georgian estate of Tsinondali. They capture Princess Anna Elinichna, French governess Madame Drancey, Anna's young son Alexander and baby Lydia. During the terrifying horseback abduction by her kidnappers, Anna loses hold of Lydia, who is killed.

Shamil plans to exchange the captives for Jamaleldin. They are regarded as guests, and Anna strikes up friendships with two of Shamil's three wives. But his first wife treats the hostages with harshness and suspicion.

Shamil and Anna strike up a rapport, appreciating each other's qualities. The unspoken possibility hovers that if the deal to exchange the captives breaks down, Shamil may wish to take Anna as a wife. For Jamaleldin, the prospect of being returned to his father after 15 years of being raised as a Russian provokes a crisis of identity and loyalty.

While the nineteenth-century parts of the novel are told in the third person and from various points of view, the contemporary narrative is recounted by Natasha in the first person. She was born in Khartoum to a Georgian mother and Sudanese communist father. When she was 14, her mother took her from Sudan with her Scottish lover Tony, whom she eventually married. Natasha has tried to shake off what remains of her Muslim heritage, ditching her original surname, Hussein, for that of her stepfather, Tony.

Natasha's field of research is jihad in the nineteenth-century Caucasus. After she gives a lecture to the university's History Society on "Jihad as Resistance – Russian Imperial Expansion and Insurrection in the Caucasus", Oz tells her that his mother is from the Caucasus and could tell Natasha more. "Come over and see our sword. A real one that was used for jihad, I'm not kidding!" 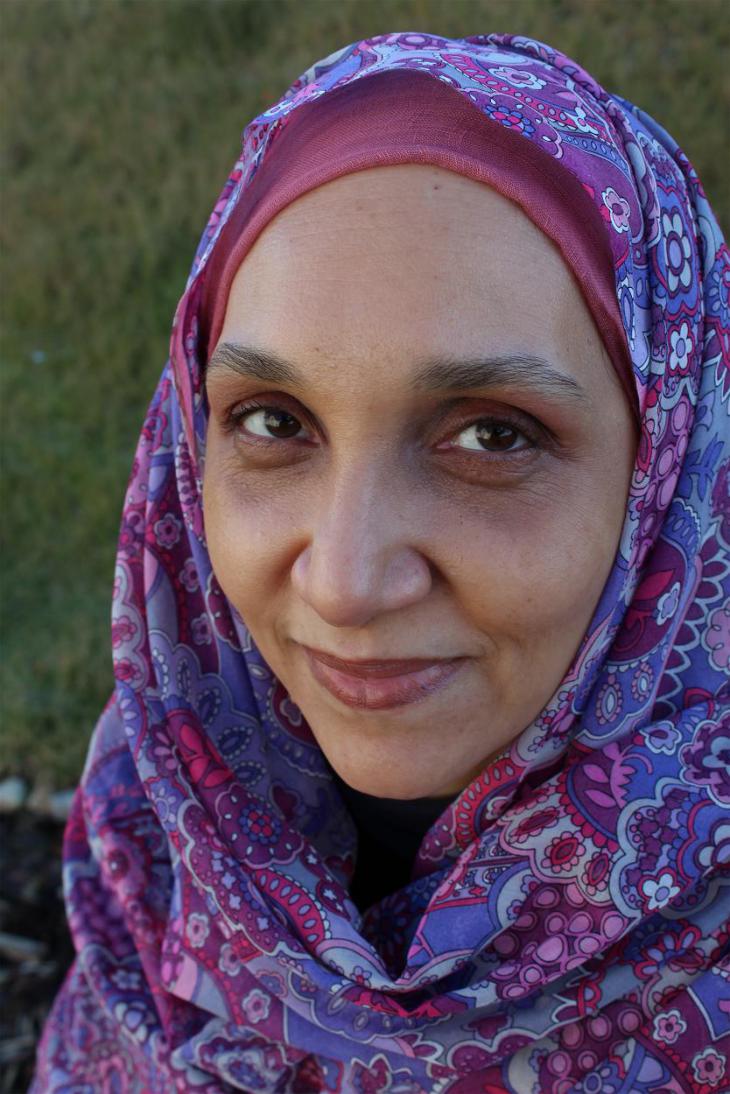 Aboulela's three previous novels – "The Translator" (1999), "Minaret" (2005) and "Lyrics Alley" (2011) – were all longlisted for the Orange Prize for Women's Fiction. "Lyrics Alley" won Novel of the Year at the Scottish Book Awards and was shortlisted for the Commonwealth Writers' Prize. Aboulela's short story "The Museum" won the Caine Prize for African Literature in 2000, and appears in her short story collection "Coloured Lights"

When Natasha drives out to see Oz and his actress mother Malak in their isolated farmhouse, they reveal that they are descended from Shamil. His beautiful curved sword, with "Allah" inscribed on it in gold, is mounted on the wall.

Sparks fly when Oz and his mother discuss jihad and Sufism. After Natasha asks Malak whether she knows Queen Victoria supported Shamil, Malak makes a face at Oz and says: "Queen Victoria championed a jihad". Oz tells her not to be naive. "If Russia took over the Caucasus, it would have threatened India."

Malak asserts that jihad is an internal and spiritual struggle, but since 9/11 has become synonymous with terrorism. She blames this on Wahabis and Salafists. Oz, on the other hand, argues that limiting jihad to an internal struggle "has become a bandwagon for every pacifist Muslim to climb on". He tells Malak: "You Sufis play down your historical role in jihad."

Although Natasha had known Shamil was a Sufi, she had not previously thought this angle important. "I needed to reconsider. Shamil's Sufism might well be what I needed to refine my research direction."

Snow falls during Natasha's visit to Oz and Malak, and they invite her to stay. She spends two nights with them, but then the police come calling. They seize laptops, mobile phones, CDs and Shamil's sword and haul Oz away. On returning to her flat, Natasha finds it has been burgled – one assumes by the police or intelligence services – and she has to move to a hotel.

Oz's arrest puts Natasha in a difficult position. The police want to know why Oz's name was not included in the reports she submitted on students vulnerable to radicalisation. It becomes clear to the reader that Natasha had opportunistically volunteered to be trained to monitor Muslim students, a task that her colleagues refused, some seeing it as spying.

Natasha is a character ripped apart by conflict: in her mid-30s, she is overweight and her mother has recently died; any relationships she had with men ended badly and she agonises over an abortion she has had. When her mother's Russian best friend, Grusha, sends word from Khartoum that Natasha's estranged father is dangerously ill, Natasha starts to reminisce about her first boyfriend, the Russian-Sudanese Yasha, Grusha's son. His wife and young daughter had been killed in a plane crash a few years earlier. She returns to Khartoum for the first time in 20 years, perhaps to help her find herself.

"The Kindness of Enemies" is an ambitious, courageous and complex novel that Aboulela handles with much skill. Her writing is wonderfully evocative, striking a balance between lyricism and a sometimes brutal reality. This new work will add to her already formidable reputation.

Home
Print
Newsletter
More on this topic
Jihadism in Dagestan: A growing problem in the fight against terrorismCurriculum initiative by British Muslims: Using religion to fight terrorismMinister's letter to British Muslim leaders: A deficit of trustBritish fatwa against IS: Breaking the spell of a poisonous ideology
Related Topics
Book reviews, European Islam, History of Islam, Islam and the West, Jihad, Literature, Radicalisation
All Topics

The balance of power on Europe's eastern borders is shifting. Georgian historian Beka Kobakhidze speaks from Tbilisi about rivalry and emerging alliances in the region, an ... END_OF_DOCUMENT_TOKEN_TO_BE_REPLACED

Berlin's "House of One" project, instigated by Jews, Christians and Muslims, will finally begin to take physical shape in early 2021, following a lengthy period of preparation. ... END_OF_DOCUMENT_TOKEN_TO_BE_REPLACED 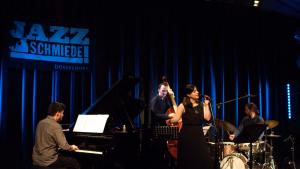 The magic of the Laz

END_OF_DOCUMENT_TOKEN_TO_BE_REPLACED
Social media
and networks
Subscribe to our
newsletter