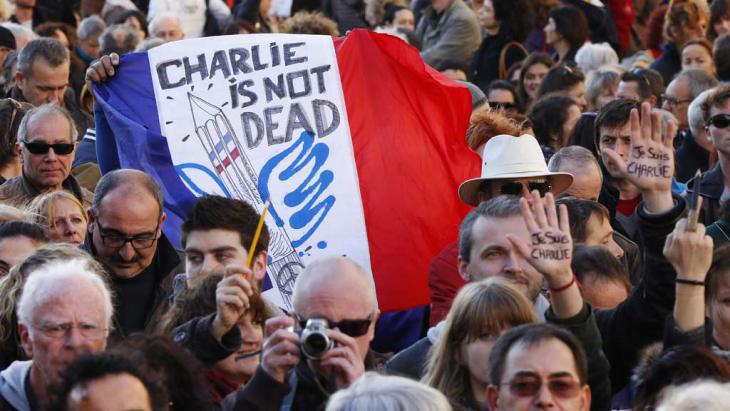 A very topical and important e-book entitled "Are you Charlie?" was published on 25 February. Its author, Victoria Schneider, offers her impressions of France after the "Charlie Hebdo" attack and paints a picture of a divided society. Claudia Kramatschek read the book

A few days after the terrorist attack on the editorial offices of the satirical magazine "Charlie Hebdo" in Paris, I came home late one evening to find a hand-written note on the wall of our living room. It read, "I am Mohammed. I am not Charlie."

My husband had written the note. His name is Mohammed. He comes from Algeria and is a practicing Muslim. By no means, however, is he a fundamentalist or even an Islamist. He fully condemned the attack; he likewise condemned the publication of the caricatures. Straddling these two positions, he felt that the slogan "I am Charlie", which spread all the way around the world and assumed an almost inflationary character, could not apply to him without reserve. Something about the slogan – its assumption of universal validity, which was very rarely questioned – appeared to him to be at once both wrong and exclusionary.

I tell this story because it illustrates a basic feeling that is not restricted to one person, namely the feeling of simultaneously belonging and not belonging. This feeling is shared by the majority of those people interviewed by Victoria Schneider for her slim, but brilliant book "Are you Charlie?"

Schneider arrived in Paris just three days after the attack on the office of Charlie Hebdo; three weeks later, she left again. Her text, which was published on 25 February as an e-book by "Hanser-Box", documents a journey through a torn and divided country. On the day of her arrival, tens of thousands of French citizens crowded into central Paris for the "Grand Republican March" (also known as the unity march). 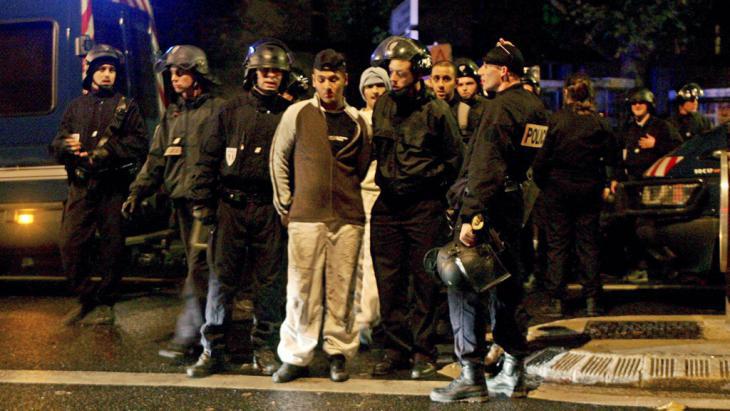 Riots and clashes with police in the banlieue Aulnay sous Bois in north-eastern Paris. In preparing her book, Victoria Schneider visited some of the most notorious French banlieues. She spoke to residents and teachers: "Many of them are overtaxed and discouraged. They all tell the same story: the banlieues were once culturally mixed, but now the only ones who remain are the most socially vulnerable, including Muslims"

However, the "unity" so frequently invoked on this day does not apply to those with whom Schneider spoke. They have names like Habib or Walid, Siham or Yassin. They have lived in France for decades; some of them were even born here. They speak perfect French and many of them hold French citizenship. Yet since the shootings, they feel even less French than they did before.

The reason for this is that France has once again placed these people under general suspicion. The day after the attack, the 41-year-old bookseller Habib was approached by a neighbour with a well-intentioned wink and the question "That wasn't you – was it?"

Victoria Schneider was born in 1987 and has been living and working in Johannesburg as a freelance journalist for several years. She takes up the slogan "I am Charlie" and turns it into a question. Once again, France is discussing the role of Islam and the dangers posed by radical Islam on French soil.

According to Schneider, Muslims in France are fed up of constantly having to justify themselves for their religion and for the shootings carried out in the name of Islam. The author reminds her readers that some five to six million Muslims live in France. That's about 10 per cent of the population. This is the largest Muslim population in Europe. Yet according to Victoria Schneider, in France of all places, they are still not integrated, but remain socially, geographically, and culturally ghettoised.

In this respect, race determines socio-economic class. This is evident in the suburbs, the so-called "banlieues", the concrete embodiment of this ghettoisation. Victoria Schneider visited some of the most notorious of these banlieues. She observes and writes about what she witnessed there: the raids on Arab businesses and a police presence to protect the few Jews who live there. 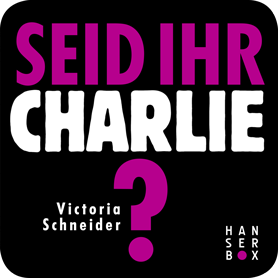 Victoria Schneider's e-book "Seid Ihr Charlie? Ein Januar in Paris" (Are you Charlie? A January in Paris) documents her journey through a torn and divided country in the wake of the "Charlie Hebdo" attack

She refrains from making any comments. Then again, she doesn't need to; the scenes speak for themselves. She talks to residents and teachers. Many of them are overtaxed and discouraged. They all tell the same story: the banlieues were once culturally mixed, but now the only ones who remain are the most socially vulnerable, including Muslims.

At the same time, many residents seek support in Islam, which they unfortunately pick on the street in a radicalised form. After all, in secular France it is forbidden to teach religion at school. So is France part of the problem it now says it urgently wants to eradicate?

The author informs us that recent opinion polls suggest that the French (whoever or whatever that may actually be) are now in favour of more, not less, secularism.

Nowhere in the book does Victoria Schneider lecture the reader. Instead, she illustrates her topic in a down-to-earth manner and through the eyes of those she encounters. Her ultimate conclusion is pessimistic. France denies both the existence of a multicultural society and ignores the fact that the rise of Islam in France is not least the result of the country's colonial history.

One wishes that more such texts were published and that its concise and pithy title will spread as widely as the slogan "I am Charlie."

Home
Print
Newsletter
More on this topic
Democracy and freedom of speech: Charlie and TheoOn Raif Badawi, Charlie Hebdo and non-violent Islamism: "We are all in this together, like it or not"France after the attack on "Charlie Hebdo": Much more is at stake than press freedomFrench reactions to IS terror: "What next? Will we ask Muslims to kneel?"
Related Topics
Cartoons, Charlie Hebdo, Clash of civilisation, Colonialism, Criticism of Islam, Freedom of the press, International terrorism, Muslims in the West, Satire
All Topics

Following the recent brutal attack on Salman Rushdie, famous writers have been reading passages from his works. Torsten Landsberg takes a look at the struggle in 1988 to publish " ... END_OF_DOCUMENT_TOKEN_TO_BE_REPLACED

Much has changed in the European post-fascist firmament since former SS officers, veterans of the collaborationist Vichy government and other dubious figures established the ... END_OF_DOCUMENT_TOKEN_TO_BE_REPLACED

Welcome to the world of Al Qasar, where Arabic music collides head-on with punk and psychedelic to create something powerful and beautiful. "Who Are We" is a raucous, subversive ... END_OF_DOCUMENT_TOKEN_TO_BE_REPLACED

While the ongoing legal dispute between Qatar Airways and European aircraft manufacturer Airbus has sent shockwaves across the entire global aviation sector, it may also threaten ... END_OF_DOCUMENT_TOKEN_TO_BE_REPLACED

END_OF_DOCUMENT_TOKEN_TO_BE_REPLACED
Social media
and networks
Subscribe to our
newsletter