With the publication of "Poste restante: Alger" Boualem Sansal commenced hostilities in his homeland, firing the opening salvoes in an intellectual campaign that is being fought out on several fronts. Beat Stauffer has been sampling some of the vitriol 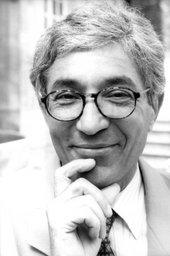 Unlike many of his colleagues, Boualem Sansal has chosen not to retreat into exile in France. In his tirades he remains loyal to his homeland

​​ The bitter truths about the once proud republic of Algeria, famed until the 1970s as a shining example of a country that had fought heroically to free itself from the colonial yoke, are not easy to uncover.

It is one of their own, who has chosen to confront his fellow Algerians with these uncomfortable facts, a man who has chosen to remain in his own country, despite all manner of threats, rather than opt for the safer haven of life in France, the former colonial power. The writer's name is Boualem Sansal, "Poste restante: Alger" his controversial essay was originally published in 2006 and has now been issued in a German translation ("Postlagernd: Algier").

This "letter in anger and hope to my compatriots" as the book's subtitle has it, is written in plain, direct, terse language, a language, moreover, where every sentence oozes profound disillusionment. There is no beating about the bush. 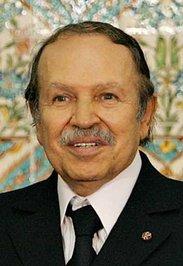 ​​The silence that surrounds what has happened and what is still happening in this "great and beautiful country" is, as the author sees it, one of Algeria's biggest problems. "And this, he concludes, "is why we are in the state we are in today, distraught and impoverished, paralysed and ashamed, with nothing more to deny or to love."

Mercilessly he picks apart the "national constants" and "natural truths" such as the "Arabness" of the Algerian people – he is relentless in his analysis of the crimes and failures of the political leadership since the country became independent, "those old crocodiles prowling restlessly around the waterhole: with open mouth, inhuman eye, the whiplash tail ready to strike."

President Bouteflika, too, comes in for his share of flak. For Sansal, he represents "the worst kind of autocrat" and one who, according to an interview given by the writer to the Swiss newspaper "La Liberté", bears "a large part of the responsibility" for developments in Algeria.

​​In his look back over what is now an almost 50-year history of the independent state of Algeria, Sansal, who himself spent many years in government as Directeur Général de l'Industrie, finds little reason for optimism.

The Algerian people's fight for independence, he says, was "privatised" on the very same day the guns fell silent, the work of those who put the safeguarding of their careers and sinecures above all else. Sansal goes as far as to call what happened the "bank robbery of the century," perpetrated, he says, by people who behaved like "common chicken thieves."

The author does, however, identify some bright spots in recent Algerian history, during the time of "Boumediène the shady," for example. Houari Boumediène was Algerian head of state between 1965 and 1978. Supported by the army he came to power after a bloody coup and stood for an Islam-oriented socialism.

The revolt by young Algerians in October of 1988 is also seen in a positive light, the "decisive anti-fascist uprising" that for a short time promised respite, even the possibility of a collective dream being realised; but it was a dream that was to be cruelly crushed, just five days after it began, by the state's "totalitarian machine".

Another bright spot for Sansal is the short reign of President Mohamed Boudiaf, who was murdered by a bodyguard after only six months in office, a political crime that has still not been completely solved. 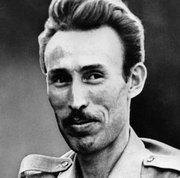 Houari Boumediène, "the shady" – during the reign of his government, Sansal believes, the country took a step towards modernity

​​Apart from these few fine moments Sansal is unable to identify hardly any positive aspects at all, despite the humongous revenues pouring in generated by the export of fossil fuel. "What good have we done in these blessed times," the author asks, providing the angry answer himself: Nothing.

"Odds and ends, setting up antennas, running from pillar to post, getting hold of visas, collecting stuff together, spare parts, collecting scrap metal too, storing up provisions for the winter, then making fun of one another, imitating the worldwide disorder (…), killing time."

None of the Algerian leaders, concludes Sansal, has shown the kind of far-sighted leadership needed to steer the country back onto the right course. What the Algerians have had instead is decades of empty rhetoric, glorification of the revolution and a violent leader cult, all of which has combined to create a system that has allowed dignitaries to help themselves to the national wealth as and when they wanted. The "systematic plundering of the country" by its various leaders is, according to Sansal, another of the sad constants of recent Algerian history.

Sansal is certainly aware that he is expecting a great deal of his countrymen, riding roughshod over all kinds of sensitivities and fighting a campaign on several fronts at once. He spares neither the former unity party, nor the security forces, and certainly not the Islamists, whose vision of society he categorically rejects. Unfortunately, Sansal may be taking a high risk in doing what he is doing.

With all of his books, following the publication of "Poste restante: Alger", having been banned in Algeria, his countrymen will have to take a roundabout route if they are to acquaint themselves with his fierce polemics. The question to be answered here as far as the European observer is concerned is – to what extent is Sansal's diagnosis of the situation in Algeria coloured by his own bitter disappointment about what has gone on in the country, and to what extent, therefore, may it be exaggerated?

All indicators point to the reality of the situation in Algeria being very much closer to Sansal's description than the official version is.

Algeria's Petrodollars
Full Coffers, Poor Population
Although the Algerian state has profited hugely from the oil boom, poverty levels in the country are rising. More and more people in Algeria are starting to wonder where the petrodollars actually go. Youssef Boufidjelin and Hassan Znined report

The Socio-Cultural Project "Santé Sidi El Houari"
Uncovering Algeria's Buried Identities
An open debate about the decade of terror in Algeria is virtually unthinkable. Nonetheless, many Algerians are trying to deal with their country's tragic history in another way. In the western Algerian city of Oran, for instance, a socio-cultural project seeks to combine community work with the search for a new identity. Beat Stauffer reports

END_OF_DOCUMENT_TOKEN_TO_BE_REPLACED
Social media
and networks
Subscribe to our
newsletter