Britain urged to take in 400 children from Calais camp

In a vigil on Friday marking the first anniversary of the drowning of Syrian toddler Alan Kurdi, campaigners urged the British government to take in almost 400 unaccompanied children stranded in the so-called Jungle camp in northern France.

An image of three-year-old Kurdi's lifeless body washed up on a Turkish beach last year sparked global outrage and drew attention to the plight of children fleeing war and poverty in the Middle East and Africa.

In the Calais camp, hundreds of child migrants have ended up living in squalid conditions.

Relatives of children in the Jungle, a squalid, sprawling encampment near the port of Calais, celebrities including actresses Vanessa Redgrave and Juliet Stevenson as well as religious leaders and politicians took part in the event.

French officials have called for a buffer zone to be cleared between a road leading to the Eurotunnel and the ″Jungle″ refugee camp, causing residents to scramble to save their dwellings. By Diego Cupolo 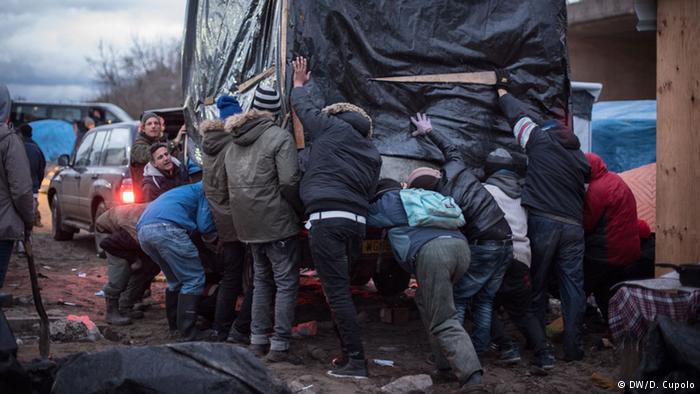 The relocation effort: independent volunteers have been helping Calais residents move their homes after French authorities called for a 100-metre buffer zone to be cleared around a highway adjacent to the camp. "We hope to let them keep their dignity and whatever self respect they still have after being stuck in this dump," said a volunteer who wanted to remain anonymous 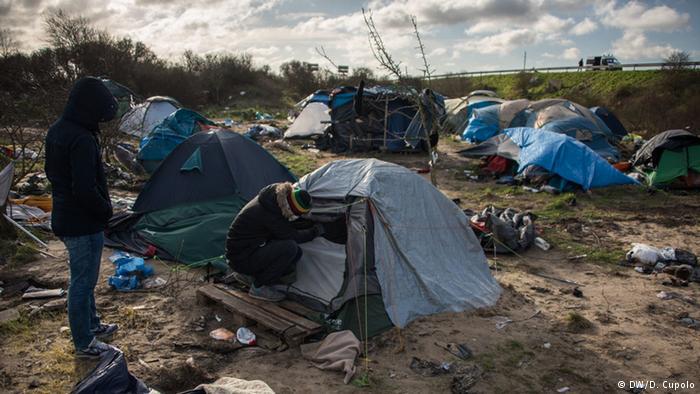 24-hour police presence: pictured above, the highway leads to the Eurotunnel, where asylum-seekers try to jump on lorries heading for England. There's heavy police presence in the area and many who attempt the journey are caught, but remain undeterred. Mohammed Shakh, a 21-year-old Syrian said, "Plan A is truck to England. Plan B is train to England. Plan C is boat to England" 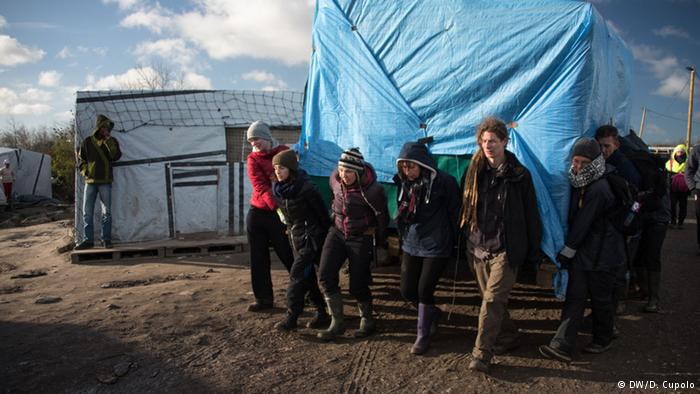 By any means necessary: with the initial Thursday deadline already passed, the exact date for clearing the buffer zone remains unknown. Volunteers have been rushing to move makeshift homes by any means necessary, and some believe their efforts have so far warded off bulldozers. By Friday, nearly 100 existing shelters had been relocated in the camp and 40 new homes constructed away from the highway 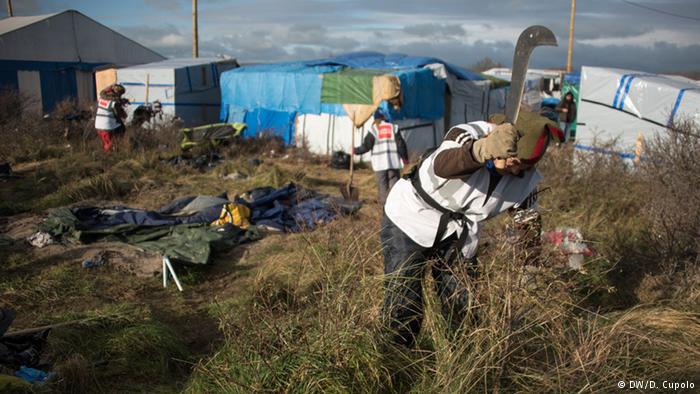 Clearing more than brush: members of Care4Calais have been clearing areas of thorny shrubs, garbage and often times, human waste, in effort to make space for new homes. "I received so much hospitality when I lived on Afghanistan's doorstep and I want to show them that same level of respect and hospitality now that they've come to my doorstep," said Care4Calais volunteer Ruth Boggiuth 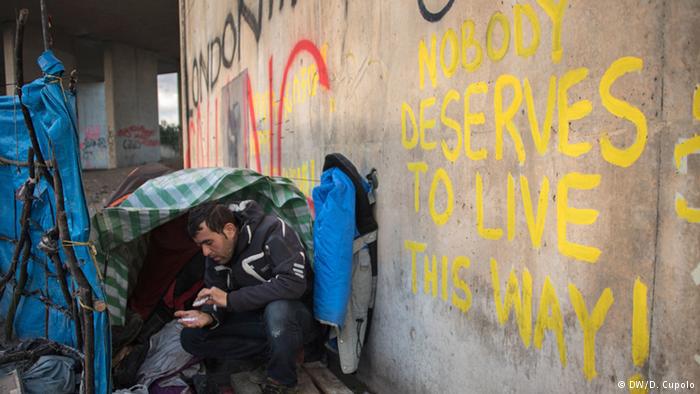 Holding out, peacefully: meanwhile, some refugees living in the demolition area continue living in their shelters. Approximately, 1,500 of 4,500 camp inhabitants will be affected by the new buffer zone. "I'm not moving my house," said Saifullah Barati, an Afghan who has spent four months in Calais. "If the police want to move it, they can do it. I'm not going to fight them" 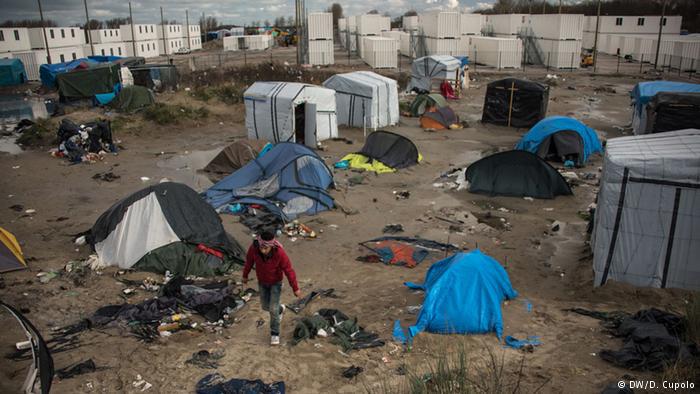 Container camp: the French government is currently building a camp next to Calais, which is expected to house about 2,000 people, but many asylum-seekers said they would not move in because entry requires their fingerprints to be recorded by authorities – a measure they fear will limit their residence options in Europe and force them to stay in France 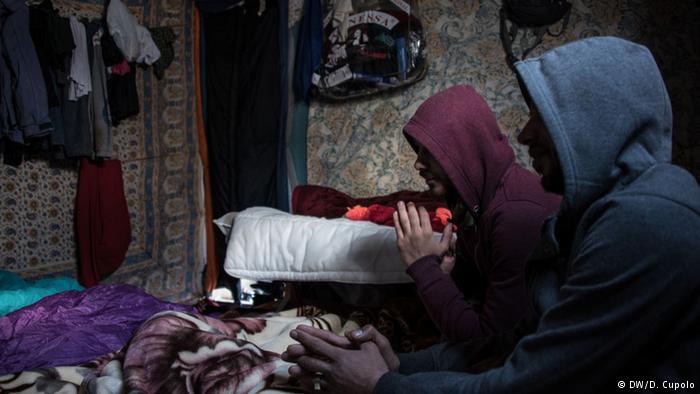 French resistance: "We see how France treats us," said Mohammed Shakh, a Syrian refugee, while speaking inside his shelter. "They think we are stupid and we will give them fingerprints to stay in the new camp. It is like a jail there. They won't let us leave after we enter and I never want to live in this country" 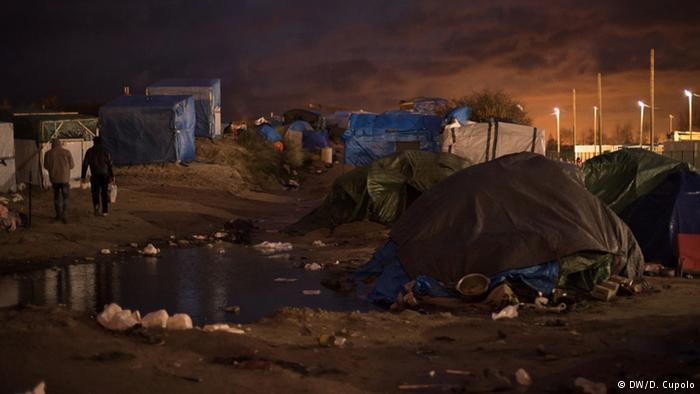 Tensions rising: the eviction notice along with increased police presence has resulted in more violence inside the camp, according to MSF engineer Maud Le Quintrec. After scabies, the second most common reason for doctor visits in Calais is now due to injuries obtained during fights among refugees and nightly clashes with riot police, Le Quintrec said 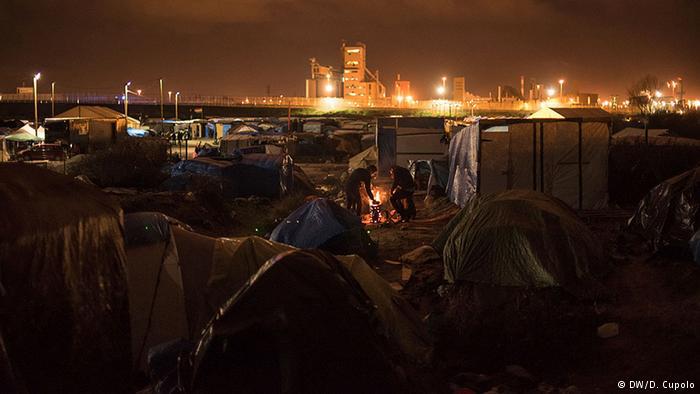 The problem is spreading: "People realise that the government might begin to slowly reduce the size of Calais, so they are moving out and creating new 'jungles' in other places." Le Quintrec said, noting 120 inhabitants from Calais recently settled a new camp in Belgium. "Basically, some people are responding by leaving and the problem is spreading to different areas"

"We are only talking about fewer than 400 children,"  Stevenson said in a statement. "How can it be argued that Britain cannot cope in providing new homes for these children?"

Citizens UK says 178 of the children it says are eligible for asylum have the right to come to Britain under an EU "Dublin" rule because of their close family links to the country. According to the Home Office, more than 120 under-18s have been accepted for transfer from Europe this year.

"Our priority is to protect the best interests of children who are in need of our help," a Home Office spokesman told the Thomson Reuters Foundation in an email. "We continue to work closely with the French government to ensure that children in Calais with family links in the UK are identified, receive sufficient support and can access the Dublin family reunification process without delay," he added.

Europe is grappling with its worst refugee crisis since the Second World War. In 2015, nearly 96,000 lone children sought asylum in the European Union, almost four times as many as the previous year, according to the European Asylum Support Office.

Europe′s response to the refugee crisis: "Ugly, feckless and dysfunctional"

END_OF_DOCUMENT_TOKEN_TO_BE_REPLACED
Social media
and networks
Subscribe to our
newsletter