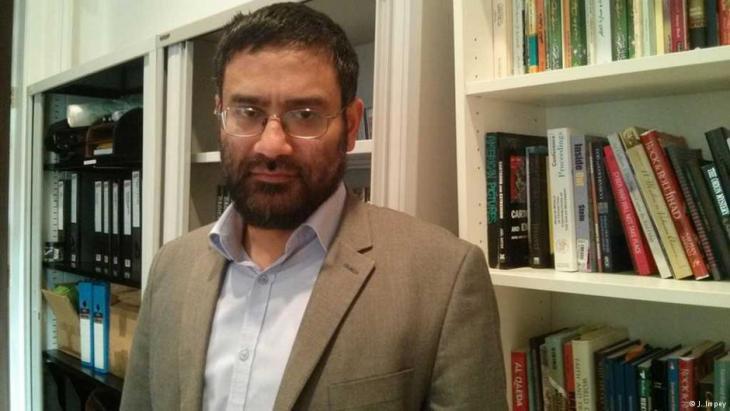 British fatwa against IS
Breaking the spell of a poisonous ideology

Leading British Muslims have issued a fatwa against the terrorist group Islamic State. The imams are hoping that it will help change the minds of some of the group's supporters. By Kersten Knipp

The British imams could not have been more unequivocal in their condemnation of the terrorist group Islamic State (IS): "IS is a heretical, extremist organisation and it is religiously prohibited (haram) to support or join it; furthermore, it is an obligation on British Muslims to actively oppose its poisonous ideology, especially when this is promoted within Britain," the group wrote in its fatwa that was published in "The Sunday Times".

The fatwa was drafted by Sheikh Dr Usama Hasan, a former east London imam and now head of the Quilliam Foundation, a think-tank that focuses on challenging religious extremism. It has also been signed by the head imams in Leicester and Manchester Central Mosques, the head imam of the Makkah Masjid in Leeds, the co-director of the Association of British Muslims and the founder of the Islamic Council in the UK.

"By murdering prisoners of war, journalists and civilians, including mosque imams who refused to endorse their campaign, and by enslaving the women and children of their opponents, [IS] has violated international agreements such as the Geneva Conventions and conventions on slavery that everyone, including Muslims, have signed up to," the fatwa reads. 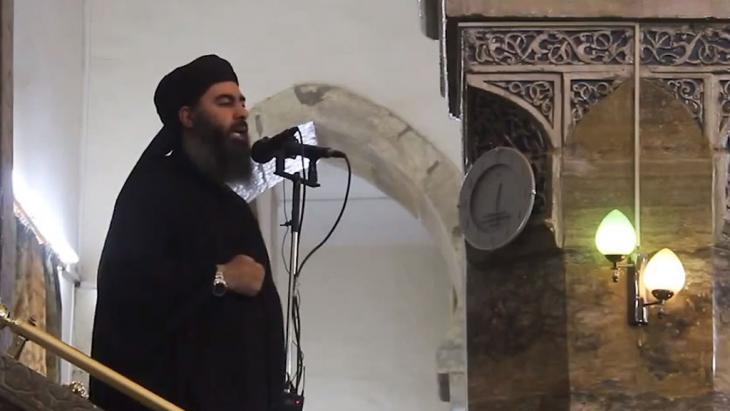 The new face of terrorism: Abu Bakr al-Baghdadi has proclaimed himself the caliph of the Islamic State, which now controls vast swathes of Iraq and Syria

Possible impact of the fatwa

The fatwa could have a variety of implications, says Stephan Rosiny, a research fellow at Hamburg's GIGA Institute of Middle East Studies. The fighters and supporters of IS, for one, will most certainly disregard it: "According to these people, anyone who doesn't embrace their caliphate is an apostate, and, as such, they will reject the authority of the imams who drafted this fatwa."

Other Muslims, however, who might support the political message at the heart of IS, might be more amenable to the edict. According to Rosiny, any theological discussion it prompts could undermine the credibility of IS: "From an ideological perspective, it is only the Sunni community, the Sunni religious authorities that can break the spell cast by Islamic State," he said. "In religious terms, the only way to do this would be to scrutinise the criteria for the establishment of the caliphate and the religious justification for the violence perpetrated in Iraq and Syria." 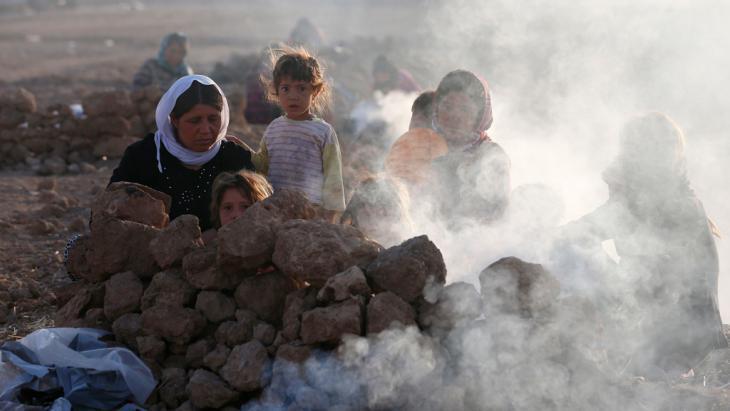 Yazidi refugees in the Sinjar Mountains: "The IS persecution and massacres of Shia Muslims, Christians and Yazidis is abhorrent and opposed to Islamic teachings and the Islamic tolerance displayed by great empires such as the Mughals and Ottomans" says the fatwa

Usama Hasan, who authored the fatwa, assumes that it will be effective in changing the minds of those Muslims who abide by traditional Sunni authority. However, he has also said that there are people fighting for IS who have very different objectives and are chiefly concerned with gaining power. "These people see a great advantage in combining forces with religiously motivated fighters, people who truly believe in the religion," he said. "When this happens, politics joins forces with religion, and the fight becomes one dictated by the struggle for power."

According to Hasan, religious considerations therefore play a subordinate role in this context. They are, he says, primarily used as a ruse to achieve completely different goals: "We are talking about an ideology that is merely inspired by religion. This could be called a very extreme version of political Islam, one that justifies the use of violence in the endeavour to found an Islamic state."

Rosiny concurs with this analysis, adding that IS has built its dominion on a "pseudo-religious foundation" of early Muslim tenets. "These include the declaration of a second Rashid caliphate, which seeks to forge a link with the first four 'righteous' Rashid caliphs from early Islam, from 632 to 661. The first time "Caliph Ibrahim" [Abu Bakr al-Baghdadi, the self-proclaimed head of the Islamic State – ed.] led Friday prayers, his address was peppered with religious symbols from early Islam. This was a bid to create a semblance of religious authority," he said.

Rosiny also points out that these religious emotions are confirmed and reinforced by military successes such as those being notched up by Islamic State throughout northern Iraq and Syria. These successes are seen as proof that the fighters are doing God's work. Two things are needed in order to defeat IS, says Rosiny: "On the one hand, military force is required to put an end to this chronology of success. And on the other, theological authority is needed to call into question the religious legitimacy of the group's pursuits."

Only then will the religious euphoria of the jihadists and those who come to join them be dispelled.

Any reconciliation between Turkey and Syria’s Assad regime would have disastrous consequences for many Syrians, explains Syria expert Kristin Helberg END_OF_DOCUMENT_TOKEN_TO_BE_REPLACED

Iraq bears the scars of decades of conflict and has seen its antiquities plundered, yet the House of Manuscripts' collection has managed to survive END_OF_DOCUMENT_TOKEN_TO_BE_REPLACED

As Syrian camps housing families of Islamic State fighters get more dangerous, there are calls to bring children out, even if the mothers don't want to go. The idea of separating ... END_OF_DOCUMENT_TOKEN_TO_BE_REPLACED

Morocco has taken the 2022 World Cup by storm, with the northwest Africans reaching the semi-finals for the first time in their soccer history. As the knockout match approaches, ... END_OF_DOCUMENT_TOKEN_TO_BE_REPLACED

The Islamic Republic has been unable to quell the civil unrest that erupted three months ago, after Mahsa Amini died after being detained for violating hijab rules. Now the ... END_OF_DOCUMENT_TOKEN_TO_BE_REPLACED

The Kurds are under attack from two sides: from Turkey, and from Iran. The situation in their territories in northern Iraq is becoming increasingly desperate. Birgit Svensson ... END_OF_DOCUMENT_TOKEN_TO_BE_REPLACED

Comments for this article: Breaking the spell of a poisonous ideology

Thank you. This symbol was desperately needed.

END_OF_DOCUMENT_TOKEN_TO_BE_REPLACED
Social media
and networks
Subscribe to our
newsletter