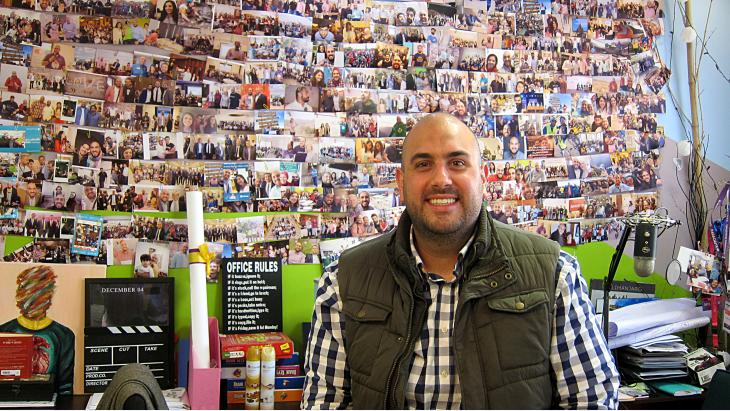 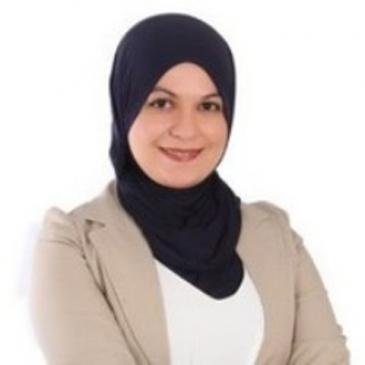 The initiatives exploit gaps in the healthcare and educational systems, acting as intermediaries to provide babysitters, care workers, stylists and tutors, or by marketing new products online. Many start-ups display a sense of social responsibility and want to provide opportunities for people from marginalised groups, who are normally shut out of the labour market.

The prevailing circumstances faced by these start-ups, however, are difficult. Although Jordan is regarded as one of the few politically stable countries in a region torn by conflict, rents and living expenses have almost reached European levels. Amman is the most expensive capital city in the region, while the country’s poverty rate is on the increase. Overall unemployment stands at around 30 percent, while some 40 percent of the under 35s are out of work.

Few opportunities in a country in crisis

Population growth, a low level of industrialisation, the refugee crisis, not to mention the collapse of markets in neighbouring Syria and Iraq have plunged Jordan into a deep economic crisis. Nowadays, only those with the right connections can find work. This is a source of great frustration. Protests and demonstrations are a daily occurrence.

In this situation, a young, well-educated and digitally savvy generation is seeking to improve its own prospects. Ghassan Halawa has his office in the same building as Hanan Khader. In his mid-thirties, this live wire is a central figure in the young start-up scene. A whole wall in his small office is decorated with photos of his business partners. His agency, Parachute 16, advises new entrepreneurs. Halawa knows all their stories, their successes and their failures. 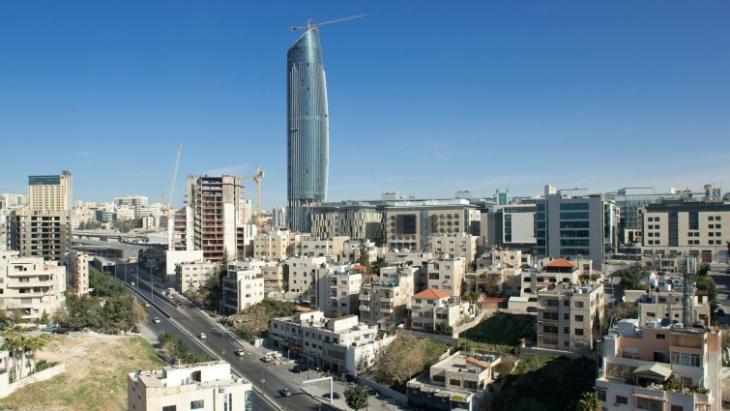 Pricey Amman: rents and living expenses have almost reached European levels. Amman is the most expensive capital city in the region, while the country’s poverty rate is on the increase. Overall unemployment stands at around 30 percent, while some 40 percent of the under 35s are out of work

“Ninety percent of all start-ups fail,” he says. They don’t work out, because their product isn’t right, they lack expertise, or don’t manage to properly communicate with their customers. They are short on capital or can’t overcome the bureaucratic hurdles.

ʺGood ideas prevail in the endʺ

Halawa knows what it feels like to fail. “I’ve already founded eight companies, and six of them went bankrupt,” he relates with a wide grin. He is not one to give up easily. “Good ideas will prevail in the end.”

Parachute 16 proved to be his breakthrough. The agency now has a full-time staff of 14 and maintains a larger circle of 70 external consultants. It successfully offers services throughout the whole of the Middle East. Halawa explains that Parachute 16 does not take money from start-ups, but instead earns its revenue from cooperation with international NGOs, foreign embassies and large companies.

Despite all the difficulties, Halawa believes that start-ups represent a great opportunity for Jordan. They introduce new ideas to a conservative society and offer flexible solutions to a rigid labour market. “Start-ups have to be encouraged and given time.” Alaa Suleiman, a young entrepreneur, is a case in point. Her success emerged through an important cultural innovation.

Trained as a sound engineer, Suleiman had always enjoyed audio books while driving in her car. However, they were only in English, as audio books in Arabic were not available at the start of the millennium. She considered this to be a glaring gap in the market.

In 2010, she founded Masmoo3 together with her brother Ala. It was the first company in the Middle East to produce Arabic language audio books. After a euphoric initial phase and then a massive crisis in 2014, Masmoo3 (meaning “be heard”) managed to consolidate in 2018.

In addition to its own assortment of around 1000 books for adults and 350 children’s books, the small company with a tiny office on an unassuming shopping street in Amman also produces for publishing houses in the Emirates, Saudi Arabia, and Egypt. By 2020, Suleiman aims to include 2000 titles in her programme. “In a region where many people are still unable to read and write, audio books offer an alternative gateway to knowledge and entertainment,” she says. 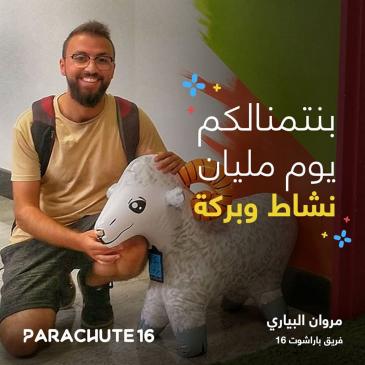 Innovative and creative: start-up founder Halawa achieved his breakthrough with Parachute 16. The agency now has 14 permanent employees and a larger circle of 70 external consultants. It successfully offers its services throughout the Middle East

It is no accident that so many women are active in the start-up scene. “This is due to the different sort of work culture found in digital projects,” explains Khaleel Najjar from the NGO Mercy Corps. “For example, they make it possible to work from home.”

This offers an opportunity for women, he says. Women in Jordan are poorly integrated into the labour market. Only 15 percent of all women are officially employed – a very small number even by regional standards. The lack of childcare, an under-developed public transport system and cultural barriers are the main causes preventing well-educated women from entering the labour force, even though they constitute the majority of university graduates in the country.

Mercy Corps runs a three-year programme to support digital start-ups. One of its first sponsored projects was a business concept by Mohammed Battikhi called Bilforon (“fresh from the oven”). The young entrepreneur offers fresh opportunities to women from socially disadvantaged backgrounds.

He began in 2016 with an online catering and delivery service offering a menu of homemade, traditional meals. They don’t only provide a healthy and affordable alternative to the international fast food chains that have sprung up everywhere in Amman. Through cooking, the women, including Syrian refugees, can earn their own income.

“Many women have business potential, but lack the appropriate tools and resources needed to use it,” explains Battikhi. He succeeded in realising his business concept thanks to a credit provided by Mercy Corps.

Obtaining seed capital is one of the main problems for young entrepreneurs. Hardly anyone can afford a bank loan.

“Any bakery creates more jobs than a digital start-up company,” says Ghassan Halawa. As such, digital start-ups are certainly not a panacea for the country’s economic problems. But they do represent an innovative, less hierarchical work culture that offers opportunities to those wanting to try something new.

After a two-year hiatus, the Arab League re-convened at the beginning of November in Algiers against a backdrop of uncertainty and discord. By Pierre Boussel END_OF_DOCUMENT_TOKEN_TO_BE_REPLACED

In the run-up to the COP27 global climate summit, hosted by Egypt in November, it is worth noting that little rainfall, aggressive heatwaves and worsening drought make the Middle ... END_OF_DOCUMENT_TOKEN_TO_BE_REPLACED

In this essay, renowned Lebanese journalist and writer Hazem Saghieh asks whether the Arab Levant, which stretches from Iraq in the east to Egypt in the west, will remain an ... END_OF_DOCUMENT_TOKEN_TO_BE_REPLACED

With his fist bump greeting for a man he previously called a pariah, US President Biden has paved the way for Saudi Crown Prince Mohammed bin Salman's return to the international ... END_OF_DOCUMENT_TOKEN_TO_BE_REPLACED

The murder of a female student at Mansoura University in the Nile Delta has sparked a long overdue debate on femicide in Egypt. Karim El-Gawhary reports from Cairo END_OF_DOCUMENT_TOKEN_TO_BE_REPLACED

When times are tough, the exchange of ideas and perspectives becomes especially important. It takes dialogue. And at Deutsche Welle, we need distributors and cooperative partners ... END_OF_DOCUMENT_TOKEN_TO_BE_REPLACED
Author:
Claudia Mende
Date:
Mail:
Send via mail

END_OF_DOCUMENT_TOKEN_TO_BE_REPLACED
Social media
and networks
Subscribe to our
newsletter