It's a wonder of human ambition and engineering set in the middle of Cairo. Al-Azhar Park was built on a 500-year-old rubble heap and is now a green jewel for the Egyptian capital. By Timothy Rooks 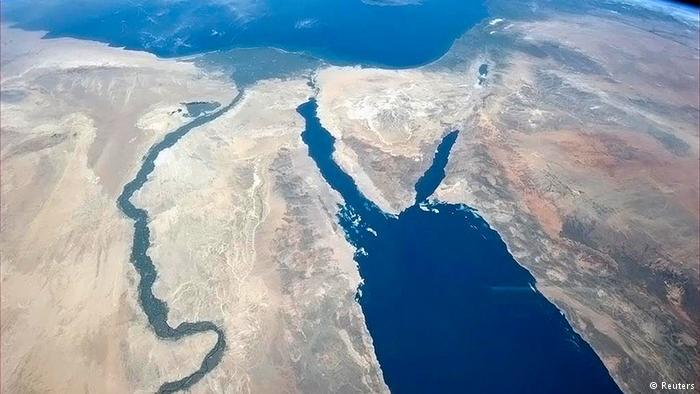 Egypt from above: today, Cairo is Africa's largest city and home to nearly 23 million people. The sprawling metropolis is host to a quarter of the whole nation's population and is expected to grow by another 500,000 this year. Surrounded by desert and salt water, the city and its citizens need all the green they can get 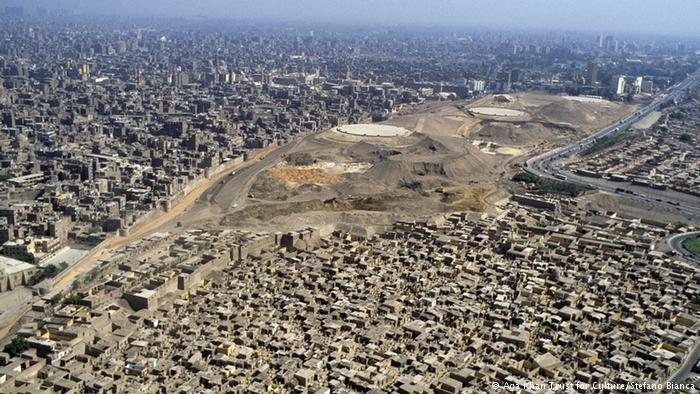 In the beginning: back in 1984, the Aga Khan expressed his interest in creating a park in the middle of Cairo. Finding the appropriate location was not easy, but in the end a 500-year-old trash and debris dump on 33 hectares in the neglected low-income neighbourhood of Darb al-Ahmar was chosen 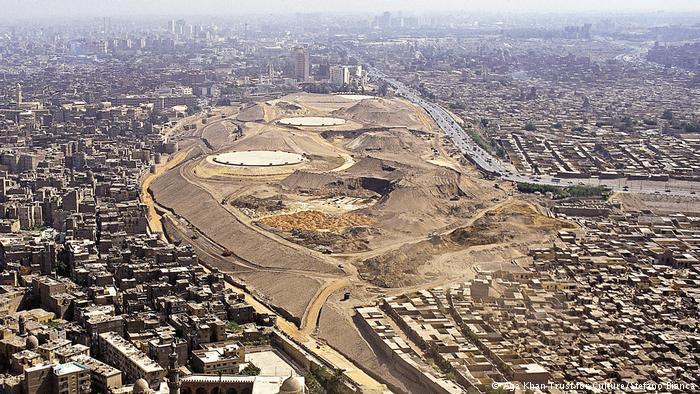 Making slow progress: after years of detailed planning, work on the site near the historic Old City started in 1996. For the next five years, 80,000 truckloads of fill and smouldering waste were removed and three gigantic fresh water tanks were buried within the park to meet local water needs 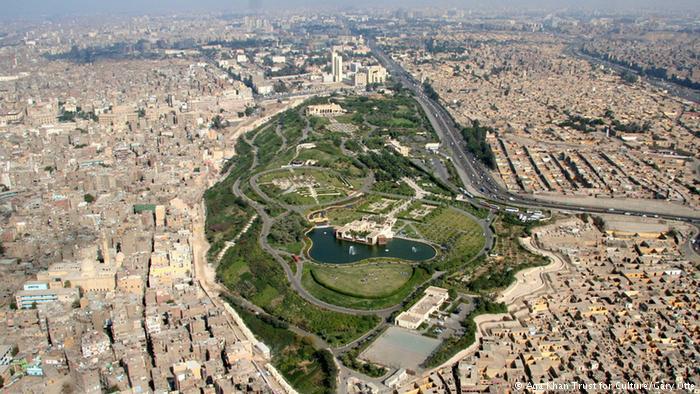 An impressive green sight: twenty years after its inception, the park was finally finished in 2004 and then officially inaugurated in 2005. The $30 million (25.5 million euros) to create the park was donated by the Aga Khan. It was a gift to the people of Cairo to commemorate the foundation of the city by his ancestors, the Fatimid Caliphs 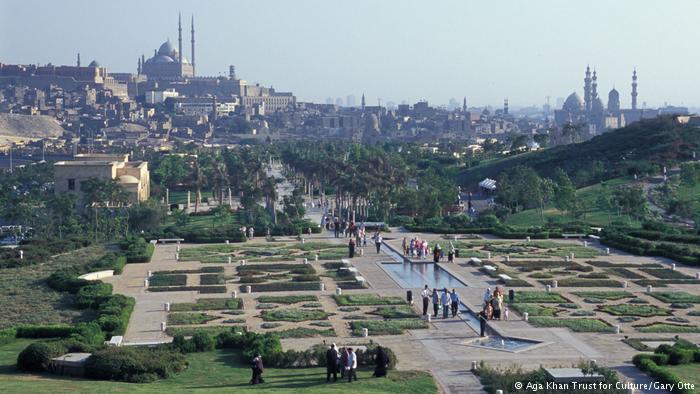 Room with a view: besides fountains, a restaurant and an artificial lake, the park was spruced up with 650,000 new plants. But sometimes this pales in comparison with the majestic views of Cairo's Old City. Though the local government owns the land, the Aga Khan Trust for Culture has taken on running the park for 25 years to assure it gets off to a good start 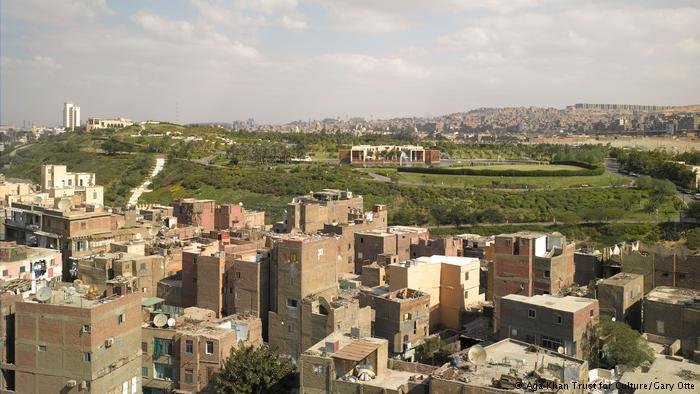 Welcome to the neighbourhood: the park pays homage to the historic neighbourhood by borrowing its name from the thousand-year-old Al Azhar Mosque. Located only a few metres west of the park, it is thought the mosque derives its name from the title "az-Zahra" given to Muhammad's daughter, Fatimah. To this day it is still one of the most important centres in Egypt for Sunni Muslims 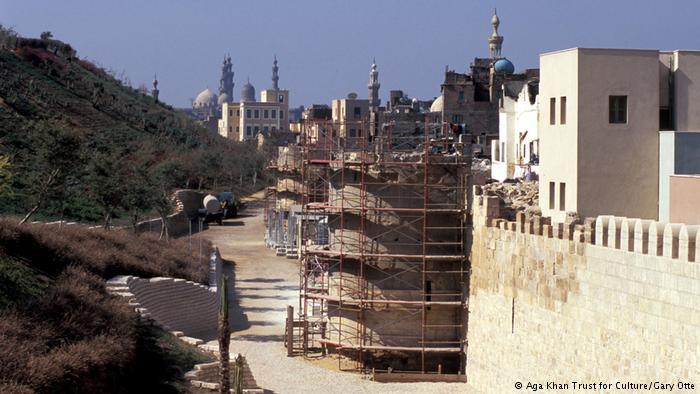 Walls as an attraction, not a barrier: during excavation in the park, many ancient buildings and architectural elements were uncovered. These were painstakingly restored and integrated into the park design. Here a section of the Ayyubid Wall is being worked on, though it physically divides part of the park from the surrounding city, it is seen as an attraction not a barrier 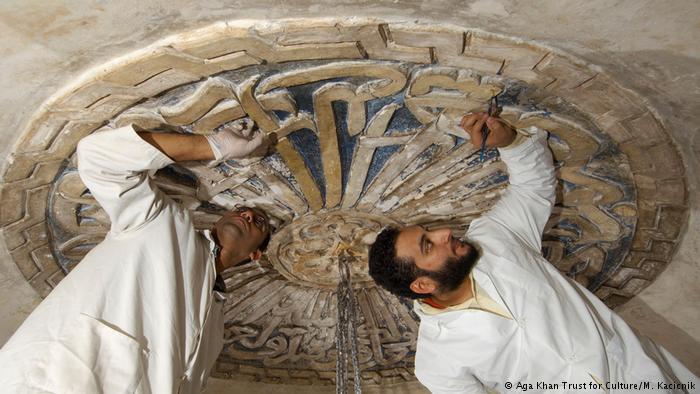 It's all in the detail: part of the overall park project was the restoration of a number of neighbouring buildings and schools. Here the finishing touches are being put on a ceiling in the Amir Aslam Mosque. The Al-Azhar Park has served as a model for other similar park projects in Mali, Zanzibar and Afghanistan. Hopefully many more will follow

END_OF_DOCUMENT_TOKEN_TO_BE_REPLACED
Social media
and networks
Subscribe to our
newsletter