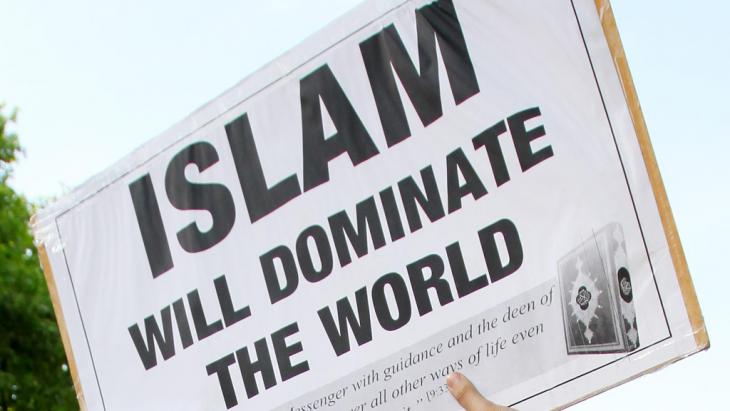 Cameron's counter-extremism strategy
Cause for concern or necessary evil?

Counter-terrorism and security legislation already in place, the British government recently published details of its controversial counter-extremism strategy. Vague enough to allow a wide range of interpretations, it was met with alarm by a number of interest groups. With the Paris attacks fresh in everyone’s minds, however, Cameron’s drive against Islamist ideology could well find increasing support among public and politicians alike. By Susannah Tarbush

In the wake of the attacks in Paris, UK Prime Minister David Cameron pledged: "We will redouble our efforts to wipe out this poisonous, extremist ideology."

This echoed the foreword to the recently-published Counter-Extremism Strategy, in which he described the fight against Islamist extremism as "one of the great struggles of our generation… In responding to this poisonous ideology we face a choice. Do we close our eyes, put our kid gloves on and just hope that our values will somehow endure in the end? Or do we get out there and make the case for those values, defend them with all that we’ve got and resolve to win the battle of ideas all over again?"

The Counter-Extremism Strategy has caused alarm among a wide variety of groups and individuals, Muslim and non-Muslim. But the Paris attacks are likely to increase the government′s determination to forge ahead as rapidly as possible, translating the Strategy into a bill and ultimately legislation.

The issue of definition 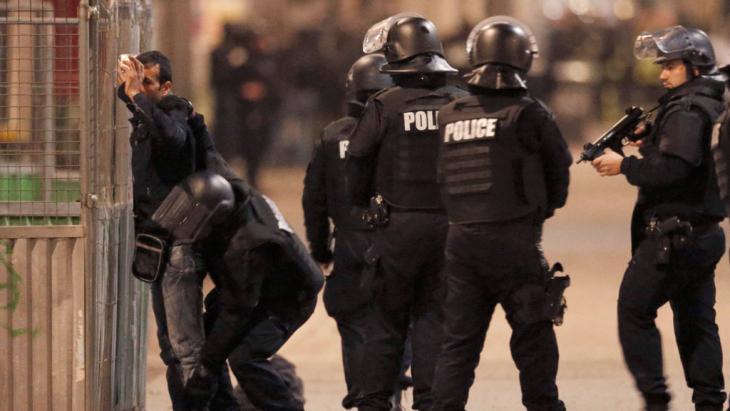 The Paris attacks have reinforced the need to clamp down on extremism. But what is extremism? "There are fears that counter-extremism legislation could be used against individuals and organisations that a government might wish to silence, such as environmentalists, animal rights lobbyists, opponents of gay marriage and supporters of the rights of the unborn child," writes Tarbush

Critics say there is already sufficient legislation on the statute books to deal with extremism. But Cameron is wedded to the idea of combatting not only violent, but also non-violent extremism which, he controversially claims, also leads to violence and terrorism. Opponents of the Strategy point to the difficulty of defining "extremism". The government describes it as "the vocal or active opposition to fundamental British values, including democracy, the rule of law, individual liberty and the mutual respect and tolerance of different faiths and beliefs. We also include in our definition of extremism calls for the death of members of our armed forces."

But this definition is actually quite loose and imprecise. There are fears that counter-extremism legislation could be used against individuals and organisations that a government might wish to silence, such as environmentalists, animal rights lobbyists, opponents of gay marriage and supporters of the rights of the unborn child. As English PEN and Index on Censorship declared in a joint statement: "In its new strategy, the government is proposing measures that may criminalise legitimate speech and shrink the space for open debate throughout society."

The Muslim Council of Britain (MCB), the umbrella body of more than 500 Muslim organisations, mosques, charities and schools, says the Strategy is "based on flawed analysis" and "could be counter-productive and risk alienating Muslim communities." It adds: "whether it is in mosques, education or charities, the Strategy will reinforce perceptions that all aspects of Muslim life must undergo a ′compliance′ test to prove our loyalty to this country."

The Paris attacks reminded the UK that it too faces a serious terror threat, aggravated by the rise of Islamic State. It is estimated that around 450 British Muslims have returned from fighting in Syria or Iraq and there is alarm over the security risk they pose. According to Cameron, the UK security services have prevented some seven terror attacks in the past six months.

Only a tiny proportion of Britain′s Muslim population of around 1.8 million, five percent of the total population, is involved in violent extremism. Nevertheless, in a speech to a security conference in Slovakia in June, Cameron offended large numbers of British Muslims when he asserted that some of their number "quietly condone" Islamic State′s extremist ideology. 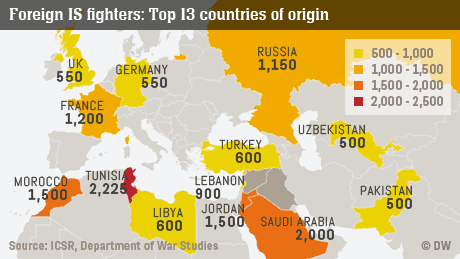 Cameron: "in responding to this poisonous ideology we face a choice. Do we close our eyes, put our kid gloves on and just hope that our values will somehow endure in the end? Or do we get out there and make the case for those values, defend them with all that we’ve got and resolve to win the battle of ideas all over again?"

In making the fight against extremism a matter of combatting an ideology, Cameron downplays other factors that many others consider play a significant role in radicalisation. Thus in July, asking why Islamist ideology is so attractive to some young Muslims, he rejected claims that this is because of historic injustices and recent wars, or because of poverty and hardship. "This argument, which I call the grievance justification must be challenged," Cameron said. "No, we must be clear. The root cause of the threat we face is the extremist ideology itself."

There is a current of resentment in some Muslim quarters that, in formulating his Strategy, Cameron consulted only selected Muslim organisations, such as the Quilliam Foundation, while shunning others, such as the MCB. Under the Strategy, not only will the government refuse to engage with what it perceives as "extremist groups and individuals", but it will also "actively encourage those reforming and moderate Muslim voices." Cameron has pledged £5 million to "build a national network of grassroots organisations to challenge all forms of extremist ideology."

The Counter-Extremism Strategy includes new powers to ban extremist organisations, to restrict the harmful activities of "the most dangerous extremist individuals" and to restrict access "to premises which are repeatedly used to support extremism."

Concern over such Extremism Disruption Orders (EDOs) has led the National Secular Society and the Christian Institute – far from natural bedfellows – to join forces and launch the Defend Freedom Campaign. The Campaign is backed by English PEN, Big Brother Watch, the Peter Tatchell Foundation and the Manifesto Club.

The Campaign describes EDOs as "an all-out assault on free speech, religious liberty and legitimate protest." It adds that "because the government′s definition of extremism is so vague, it will risk criminalising ordinary people for simply standing up for what they believe in."

The Counter-Extremism Strategy also aims to purge public sector institutions of Islamists through curbing their so-called "entryism" into positions of influence within institutions with the aim of promoting an extremist agenda. The Strategy cites as an example of such entryism the "Trojan Horse" scandal in the city of Birmingham in mid-2014, in which it was alleged that Islamists conspired to infiltrate, control and Islamicise secular state schools. 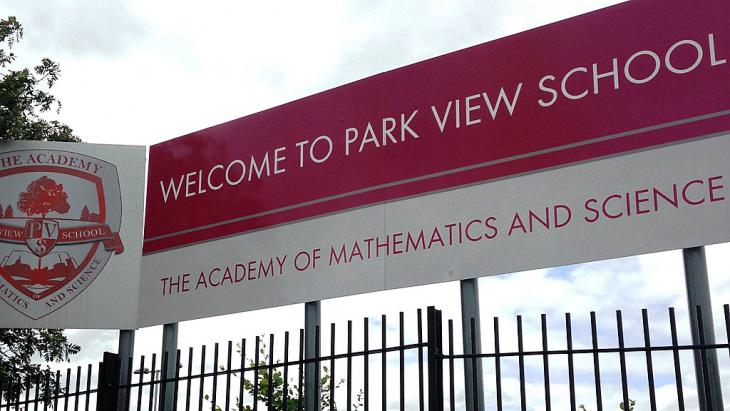 Prevent Duty, one of the more controversial aspects of the 2015 Counter-Terrorism and Security Act: schools, universities, further education institutions, local authorities, prisons and the National Health Service (NHS) have a legal obligation to prevent people from being drawn into terrorism. They are required to identify and report individuals seen as "vulnerable to radicalisation", or engaging in extremism, so that action may be taken

The government is carrying out a full review "to ensure all institutions are safeguarded from the risk posed by entryism." This will report in 2016, and will look across the public sector, including schools, further and higher education, colleges, local authorities, the NHS and the civil service.

A duty to prevent

The Counter-Extremism Strategy arrives hot on the heels of the 2015 Counter-Terrorism and Security Act, which was designed partly to meet the new threat posed by the self-declared Islamic State. One controversial element of this Act is the new "Prevent Duty" under which schools, universities, further education institutions, local authorities, prisons and the National Health Service (NHS) have a legal obligation to prevent people from being drawn into terrorism. They must identify and report individuals seen as "vulnerable to radicalisation", or engaging in extremism, so that action may be taken.

Some see the Prevent Duty as, in effect, asking institutions to spy and report on individuals. It risks breaking the trust of confidentiality between teacher and student, or doctor and patient. And can "vulnerability to radicalisation" really be defined with accuracy? The Prevent Duty is leading to swelling numbers of young people being referred to the government′s secretive Channel de-radicalisation programme, at a time when the number of trained "de-radicalisers" is far behind the demand for their services.

Just as was the case with the Counter-Terrorism and Security Bill, the future Counter-Extremism Bill is likely to face criticism and demands for amendments during its passage through Parliament. With much of the population craving security and reassurance following the Paris attacks, however, Cameron′s drive against Islamist ideology could well find increasing support among public and politicians alike.

Since Ali Khamenei, Iran's most powerful man, has openly and unconditionally come out in support of Putin's war in Ukraine, logistical help is on its way, with an allegedly ... END_OF_DOCUMENT_TOKEN_TO_BE_REPLACED

Tourists have been returning to Tunisia, Egypt and Morocco. But, given the global uncertainty caused by the Ukraine war, will the comeback be enough to save a struggling sector, ... END_OF_DOCUMENT_TOKEN_TO_BE_REPLACED

The highly controversial Indian blockbuster "The Kashmir Files“, on the exodus of Kashmiri Hindus in the 1990s, is characterised by unilateral representations, negative ... END_OF_DOCUMENT_TOKEN_TO_BE_REPLACED

"Flugt" is the world's first museum dedicated to the stories of those forced to flee. The new museum, which focuses on the fates of refugees then and now, is housed in a former ... END_OF_DOCUMENT_TOKEN_TO_BE_REPLACED
Author:
Susannah Tarbush
Date:
Mail:
Send via mail

END_OF_DOCUMENT_TOKEN_TO_BE_REPLACED
Social media
and networks
Subscribe to our
newsletter