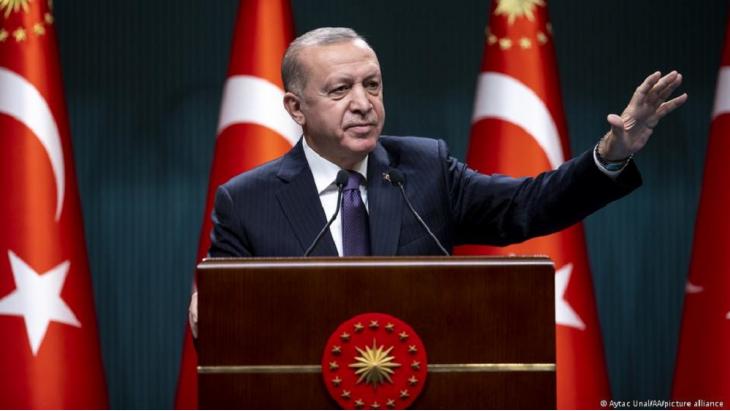 Cengiz Aktar's "The Turkish Malaise"
Why is Erdogan gambling away Turkey's future?

In his essay “The Turkish Malaise”, Turkish economist and writer in exile Cengiz Aktar provides a crisp, concise explanation for his nation’s rapid, recent backslide into dictatorship. By Christiane Schloetzer

Unlike the German or Italian totalitarianism of the 20th century, Turkey’s 21st century slide into despotism has not been preceded by economic or social crisis. On the contrary. "The Turkey of the early 2000s was a nation full of promise, a place forging towards a glowing future, a place where life was worth living," recalls the Turkish economist Cengiz Aktar.

Following Recep Tayyip Erdogan's first electoral victory almost 20 years ago, a flurry of reforms swept away historic taboos such as political patronage by the military as well as the Kurdish language ban. Assessing the situation in retrospect, Aktar says his nation was at the time undergoing an "unprecedented metamorphosis", inspired by Europe and paradoxically championed by a conservative-Islamic party. Aktar taught at a renowned Istanbul university during this period of exciting change. 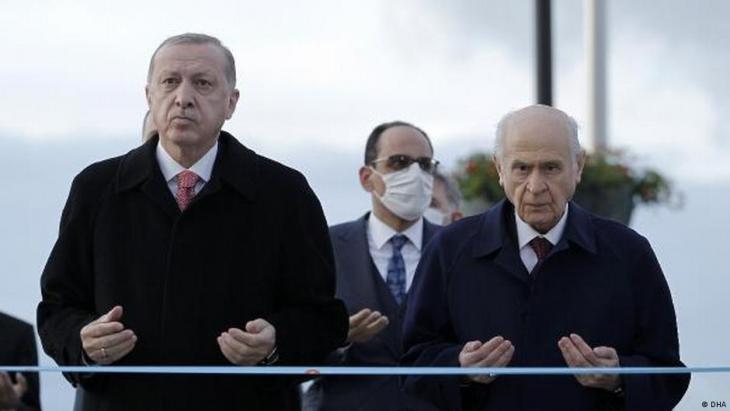 Pact with right-wing extremists: Turkish President Recep Tayyip Erdogan depends on the small party of the Nationalist Movement, the MHP, to maintain his power. Observers such as the journalist Can Dundar believe that Erdogan is now literally at the mercy of the nationalists, as Dundar recently warned on his exile radio station "Ozguruz"

His particular interest was the development of the EU and the dark chapters of Turkish history such as the genocide and plunder of the Ottoman Armenians, the "mother of all taboos", preserved through state-imposed silence and denial. Civil society initiatives had just begun to question the official policy of remembrance. Anything seemed possible.

Now, all that’s left of the Turkish model, which shone far beyond the nation’s borders, is a shambolic mess.  Aktar’s bitter conclusion: Turkey is in a state of institutional, societal and psychological decay. The author, born in Istanbul in 1955, now observes this "Turkish malaise" from outside the country.

He lives in exile in an EU nation. But he cannot completely extricate himself from his home country. He wants to know – how all the achievements of this era of democratisation could have been reversed "at breathtaking speed" since around 2010. What went wrong?

In to bid to provide some explanation, Aktar draws on Ottoman history, illuminating the centuries-old interaction between the Ottoman Turks and the western world, elucidating glorifications as well as misunderstandings between the "eternal alter egos" in an appraisal that is as precise, concise and astute, as it is unsparing.  In the long, drawn-out wrangling over potential Turkish membership of the EU, he rediscovers the old antagonisms, even when Turkey was a nation brimming over with pride at its reforms. 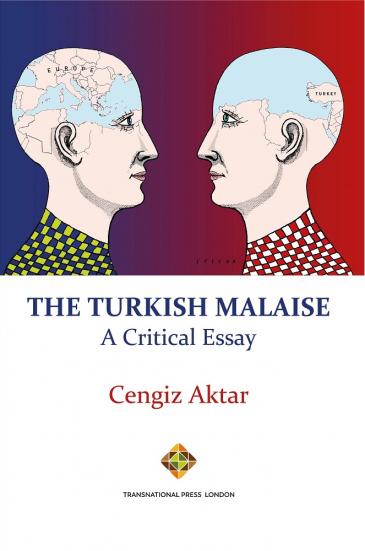 Rarely has a Turkish scholar dealt so thoroughly and unsparingly with the failure of rapprochement between Europe and Turkey. In this critical essay, Cengiz Aktar digs deep into the history of the Ottoman Empire and Europe and shows the astonished reader how much both sides were shaped by each other until they turned away from the "other" in disgust

He reserves especially harsh judgement for the French President at the time Nicolas Sarkozy who, following his election to the post in 2007, practically called a halt to EU negotiations with Turkey officially launched two years previously. Neither Sarkozy nor German Chancellor Angela Merkel had understood or afforded appropriate credence to the "manifest and exceedingly strong Turkish will for pro-European reforms", writes Aktar.

Aktar therefore concludes: "Humiliated by the EU…and lulled by the legends of a mythical imperial past, political Islam got high" on its successes at home and abroad, most of them due to cyclical economic conditions.

Still bursting with self-confidence at the time, the majority of Turks put their faith in Erdogan’s promise that the nation, as a regional power, would command the necessary respect denied to it by the West. That was until 2013, when for the most part young members of an urban middle class rebelled against excessive state paternalism. The power apparatus panicked.

Since then, Erdogan has been motivated to further tighten the screws by an "epic fury" and the fear of losing power. Aktar believes there has been insufficient clarification of the events that led to the 2016 coup attempt, which accelerated repression and the disintegration of the constitutional state.

The author now expects nothing more from the EU. The bloc’s primary concern is that Turkey remains a refugee barrier, he writes. This is resulting in a "policy of calculated looking-the-other-way" and of "deafening silence" on the issue of human rights violations.

Turkey’s decline is accompanied by ecological destruction: dams, gold mining, deforestation, a preference for concrete in cities, for an "Ottoman Disneyland". Aktar’s reckoning requires just under 90 pages; he has fleshed out his "critical essay" in two shrewd interviews. In a conversation with the Paris-based Turkish sociologist Nilufer Gole, the hope was expressed that in Turkey too, women remain the bearers of change.

It will come as no surprise to learn that earlier this year, Erdogan issued a decree pulling his country out of the Istanbul convention aimed at preventing violence against women. Maybe he felt the urgent need to remind women who is in charge?

Istanbulites take pride in being the world’s melting pot and its natural outcome: having a bustling abundance of international cuisine. Visiting restaurants opened by recent ... END_OF_DOCUMENT_TOKEN_TO_BE_REPLACED

Award-winning poet Dincer Gucyeter’s debut novel is a tour de force through the German reality he experienced as an artist and son of Turkish immigrants, written with an unsparing ... END_OF_DOCUMENT_TOKEN_TO_BE_REPLACED

The Kurds are under attack from two sides: from Turkey, and from Iran. The situation in their territories in northern Iraq is becoming increasingly desperate. Birgit Svensson ... END_OF_DOCUMENT_TOKEN_TO_BE_REPLACED

Canan Topcu came from Turkey to Germany as a child. In her essay, she describes how bothered she was by the racism she encountered in her country of origin when she travelled ... END_OF_DOCUMENT_TOKEN_TO_BE_REPLACED

According to Turkey’s revised media legislation, spreading "fake news" now carries a prison sentence. The definition of what this entails has been kept intentionally vague. ... END_OF_DOCUMENT_TOKEN_TO_BE_REPLACED

On 3 November 2002, Erdogan's newly founded AKP, Justice and Development Party, came to power in Turkey. It has ruled the country ever since, becoming more authoritarian with each ... END_OF_DOCUMENT_TOKEN_TO_BE_REPLACED
Author:
Christiane Schlötzer
Date:
Mail:
Send via mail

END_OF_DOCUMENT_TOKEN_TO_BE_REPLACED
Social media
and networks
Subscribe to our
newsletter