In a small office at the Pakistani Television Corporation (PTV) headquarters in Islamabad, producers are preparing to air a video interview of a Pakistani man and his Chinese bride.

The woman in the footage is dressed in traditional Pakistani clothes, sitting next to her husband who addresses her in fluent Mandarin, amplifying a message of trans-national love prevailing over differences in language, religion and culture.

The videos are the latest sign of China's growing push to build up cultural "soft power" to complement the China Pakistan Economic Corridor (CPEC), the $60 billion infrastructure programme it has launched as part of the Asian giant's flagship "Belt and Road" project.

Over the past year, China has sent state-owned PTV and other commercial television channels a series of documentaries, dramas and other television programming for free, officials from PTV told Reuters.

Experts say China has been ramping up attempts to win the hearts and minds of citizens in Belt and Road nations through language, traditional media and social media campaigns, echoing the cultural firepower previously wielded by Western nations, which have leveraged everything from language centres to Hollywood and blue jeans to burnish global influence.

Keep on trucking: Art on the move in Pakistan

They pollute the roads and chug along at a snail's pace, but to their Pakistani owners the rickety trucks are moving pieces of art. And indeed, the trucks with their many garish portraits of flowers, Islamic art and snow-capped Himalayan peaks are now attracting global attention. By Caren Firouz and Jibran Ahmad 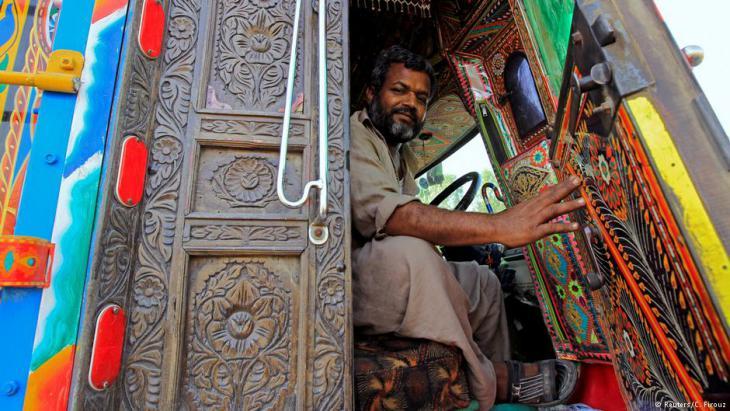 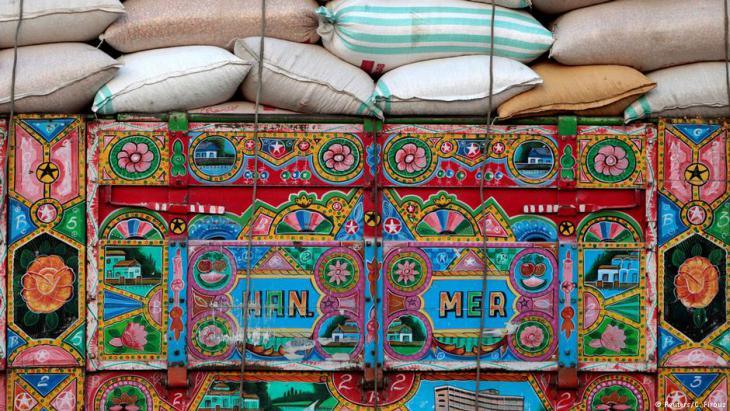 "We, the drivers of Khyber, Mohmand and other tribal regions like flowers on the edge of the vehicles," he said. "The people of Swat, South Waziristan and Kashmir region like portraits of mountains and different wild animals" 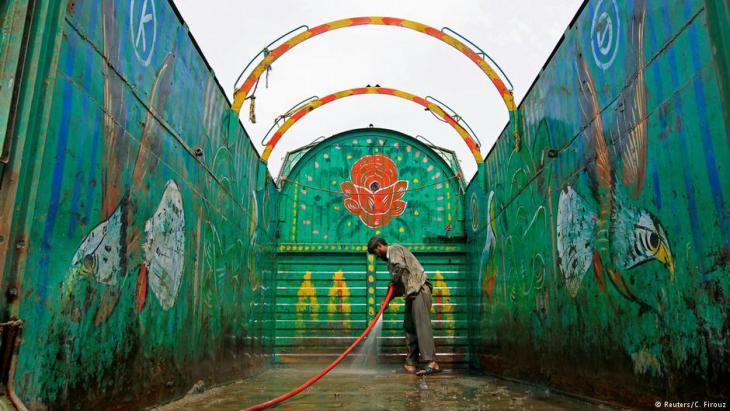 For the drivers, the designs that turn decades-old vehicles into moving murals are often about local pride. Picking the right colour or animal portrait is tougher than the countless hours spent on the road 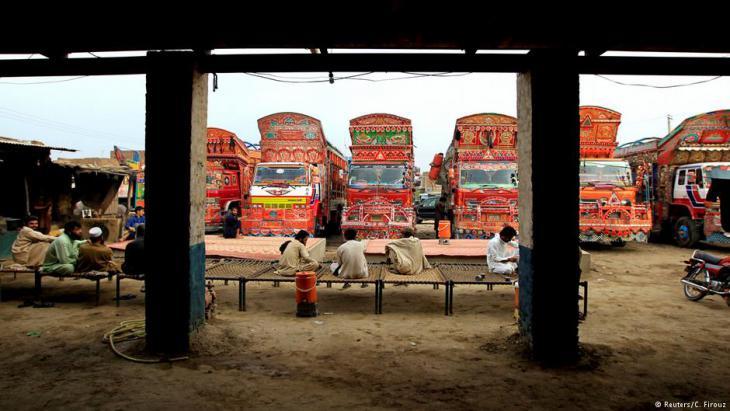 Drivers rest on beds at a truck stop on the outskirts of Faisalabad, Pakistan, 3 May 2017 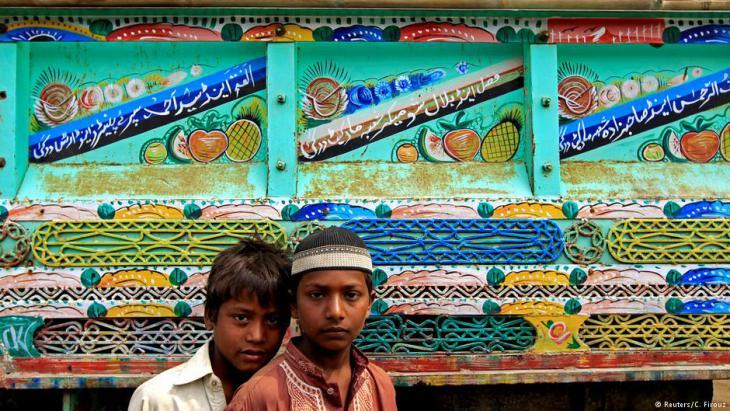 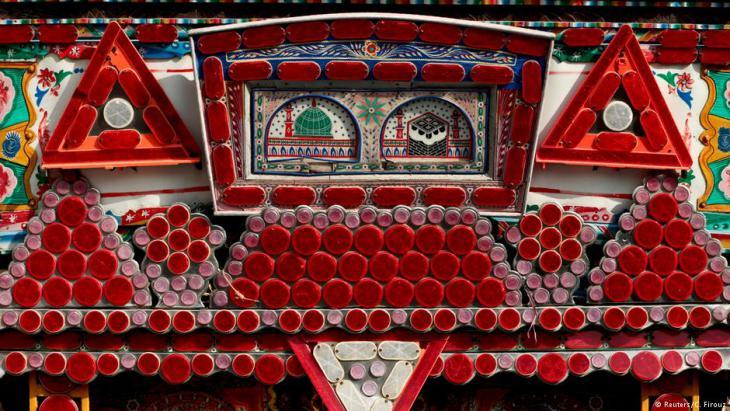 Scenes from the holy sites of Islam in Mecca and Medina on a decorated truck in Faisalabad, Pakistan 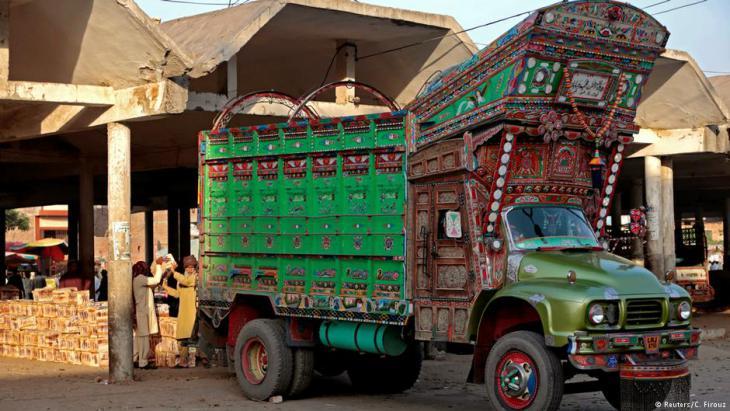 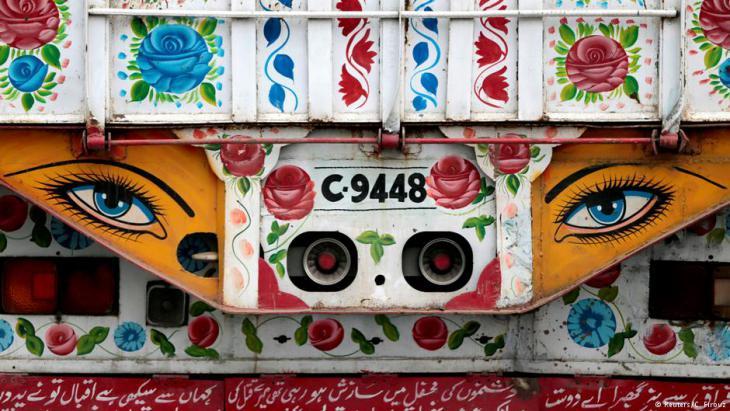 "We have learnt from the experience of the United States, the UK and other Western countries - but now, it's time for the world to understand China," said Chen Xiang, a correspondent coordinating state-run China Radio International's wide-ranging presence in Pakistan.

"We want to tell the people the truth about China, what real China is … through radio programmes, through TV and through other cultural activities we can do this."

China is boosting its Mandarin teaching through state-backed language and culture organisations called Confucius Institutes – Pakistan is home to four with two more Confucius resource centres set to open – and spreading exposure to its arts and narrative media in a bid to engage everyday Pakistanis.

Earlier this year, PTV World aired its first Chinese cartoon series, titled Three Drops of Blood, following its premier at the government-funded Pakistan National Council of Arts, where the Chinese Embassy rented a large portion of the building to host a China Cultural Centre.

Recent investments in TV and film follow Chinese interest in print media. Launched in 2017, Huashang, the first-ever Chinese language newspaper in Pakistan, now boasts a readership of over 60,000 a week.

With around 25,000 Pakistanis learning Chinese at home and another 22,000 Pakistani students in China, there is some way to go before Mandarin challenges English in Pakistan, where the legacy of British colonial rule is everywhere.

But signs of China's presence are increasingly visible, from expatriate engineers and their families shopping in city centres to a growing number of Chinese tourists visiting the spectacular scenery of Pakistan's rugged mountainous north. Locals report an increasing appetite to engage using shared cultural touch points and language – sometimes with business in mind.

"China is interested in improving its soft power all across the world, " said Dr Kiran Hassan, Research Associate Fellow at the Institute of Commonwealth Studies, adding Pakistanis were responding with enthusiasm.

"It's an audience that is ready to receive the Chinese perspective as they feel that China is offering them an economic opportunity."

Awais Chaudhry moved from his home in the eastern city of Faisalabad to study at a Chinese language institute in Lahore for more than six months, hoping it would help his marketing job.

"China is our neighbour and a large number of imports is from there and so with that business point of view, I tried to learn the basics of this language," he told journalists.

Everyday cultural contacts, while still limited, are expanding, although there is inevitably sometimes a darker side, notably in the periodic scandals over people-trafficking involving Pakistani girls sent to China to be married to men unable to find a wife at home.

There is a harder edge to some of China's soft power, notably in its response to criticisms of the Belt and Road initiative as a neo-colonial project, promoting environmentally damaging projects such as coal-fired power plants that benefit Chinese companies more than Pakistan.

Media and think tank officials from both nations plan to set up a "Rapid Response Initiative System" to counter negative perceptions and stop "fake news" about China-Pakistan projects, some of which have garnered increasing scepticism of their economic benefits and criticism of the environmental cost.

Run collaboratively by China Economic Net, a Beijing-based online news organisation and the Pakistan China Institute, a pro-Beijing Islamabad-based think tank, the system disseminates information to counter negative or "fake" views about CPEC and replace it with a message of a profitable alliance.

"We can't take down information, so what we do is give correct information. All media tools are used," says Mustafa Sayed, Executive Director of the Pakistan China Institute, adding that they spread messages via news anchors, newspapers and Twitter.

"Congratulations, this report has won the title called 'joke of the day'" he wrote in the Tweet. "The article is pure nonsense, fake news, groundless speculation. This article has become the largest laughing stock in China and Pakistan."    (Reuters)

END_OF_DOCUMENT_TOKEN_TO_BE_REPLACED
Social media
and networks
Subscribe to our
newsletter